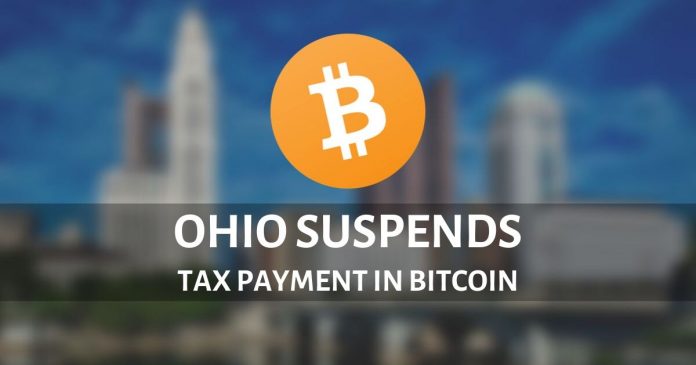 Ohio, the first-ever US state to start receiving tax in bitcoin, has announced the cancellation of this service.

This is according to a press release by the State Treasurer, Robert Sprague. The announcement disclosed that the website for accepting bitcoin tax payment will be closed indefinitely. Last year November, Ohio State created a platform to facilitate tax payment in bitcoin. Canada’s Richmond Hill and Innisfil followed suit.

Sadly, less than one year later, Robert Sprague announced that Ohio will no longer accept such payments.

In the press release, Sprague explained the reason for the cancellation. Specifically, he revealed that the Board of Deposit had to approve the website.

The State Board of Deposit appointed Attorney General Dave Yost to crosscheck the legalities of the website. He was also asked to scrutinize Bitpay and whether it is a “financial transaction device.”

Sprague further revealed that not too many businesses liked the model in the first place. In fact, only 10 companies paid takes with Bitcoin. Overstock is one of them.

His press release reads: “It is vital that Ohio explores innovative, new technologies and processes that continue to drive Ohio into the future. However, we must make sure any new processes that are implemented, such as OhioCrypto.com, are established in accordance with Ohio law.”

He further added that the website will be absent until the Attorney General makes a correspondent decision.

The website now redirects users to the Treasurer’s main site. It is important to note that it was launched during the tenure of Josh Mandel, as treasurer of Ohio. He considers Bitcoin a true form of currency. 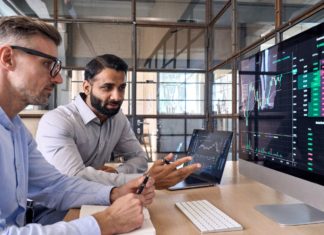 Martin Young - July 13, 2022 0
Despite the bear market, the crypto sector is increasingly dominated by venture capital firms. However, there are some lessons that can be taken from...