Bithumb cleared of any wrongdoing by South Korea’s National Tax Service but slapped with ₩30 billion bill. Bithumb plans on paying the bill without objection.

Earlier this year, South Korean exchange, Bithumb, was the subject of an investigation and a late night raid from the countries National Tax Service. As of June 8th, the exchange has been cleared of any wrongdoing from the investigation. The National Tax Service was looking at the exchanges operations from 2014 – 2017. Even though Bithumb was cleared, they did receive a bill for ₩30 billion, roughly $28 million, even though no tax evasion was found. Bithumb is one of the highest volume exchanges in South Korea and it is very important that they follow the rules and regulations.

“The [National Tax Service] has conducted a tax investigation against Bithumb for the 2014 to 2017 business years. I know that Bithumb has decided to pay the related taxes without any objection to the imposed tax amount,” -Tax Official.

South Korea has been in the news recently with very positive news about crypto. Last week, Bitcoin was classified as an asset, by the Supreme Court, in order for the country to indict and confiscate 191 BTC from a man who was illegally running a pornographic website. Even though they confiscated the crypto, in doing so they admitted it has value.  “The cryptocurrency is recognized to have value so it can be confiscated,” the Supreme Court stated.

Also back in early May, Representative Hong Eui-rak began writing a bill to legalize some domestic ICOs and remove the ban currently imposed. “The bill is aimed at legalizing ICOs under the government’s supervision,” said Hong. “The primary goal of the legislation is helping remove uncertainties facing blockchain-related businesses.” 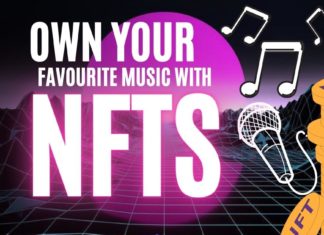 Aidan - February 19, 2022 0
Gala Music is looking to completely change the music industry. Much like LABEL mentioned earlier this week, Gala is looking to take advantage of the...

Ethereum Becomes a ‘Pain in the Gas’ as Layer 2 Demand...