U.S. based crypto exchange, Bittrex, has announced it is making banking agreements in order to allow some customers to trade their 200+ coins directly with USD. The coins chosen to start with were Bitcoin (BTC), Tether (USDT), and TrueUSD (TUSD). They are working with Signature Bank and other undisclosed firms to bring these USD pairings. To begin with, only corporate customers in specific states (Washington, California, New York and Montana) will be able to use this feature. The fact that U.S. regulators would allow a fiat-to-crypto for the 200+ coins/tokens on Bittrex could mean that the crypto space as a whole is becoming valid.

“They really do look and pore through the entire business…They want to make sure that we’ve got robust AML/KYC processes, that we’ve got the right controls on our finances. They do background checks and everything. They really look at our business soup to nuts” -Bill Shihara.

Taking a step back from just Bittrex and looking at other exchanges, there has been a lot of growth. In the last year Coinbase went from just offering Bitcoin (BTC) and Ethereum (ETH) to supporting Litecoin (LTC), Bitcoin Cash (BCH), and purchasing Paradex which would allow the sale of hundreds of ERC20 tokens in the future. Gemeni now supports the four coins on Coinbase plus Zcash (ZEC) and Circle Invest adds Monero (XMR) and Ethereum Classic (ETC) to their platform.

All of the before mentioned exchanges are based in the U.S. This is important to mention because the U.S. is one of the only countries preventing their citizens from participating in ICO’s, outside of accredited investors, recently the Department of Justice launched an investigation on price manipulation surrounding crypto, and the Securities and Exchange Commission has started going after scams. While the U.S. isn’t completely against crypto, the news with Bittrex is huge and shouldn’t be taken lightly.

This space is evolving and becoming accepted by banks, regulators, investors, and countries. By looking at the facts with the progress this space has made and ignoring useless FUD, a smart investor can make unemotional calculated decisions. Nothing is guaranteed in the future, but facts cannot be ignored. 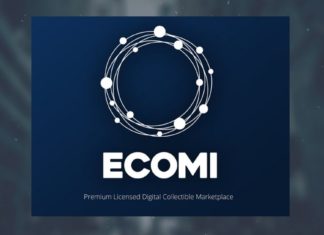 Pratik - April 5, 2021 0
ECOMI aims to lead the way in the emerging digital collectibles space, as well as protection of digital assets. ECOMI offers a one-stop-shop for digital...