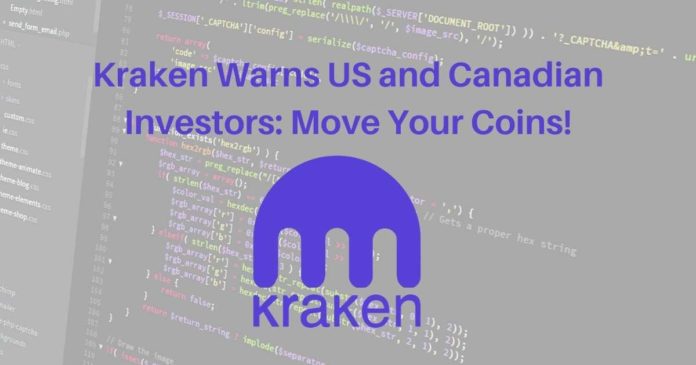 In a follow-up to our previous article, the Canadian Government doubled down on its decision to crack down on crypto addresses and freeze bank accounts yesterday. Deputy Prime Minister Chrystia Freeland made a statement yesterday saying the RCMP (Canadian Police) is searching for more addresses and accounts to freeze. A Centralized exchange like Kraken or Coinbase will have to comply to stay licensed to do business in Canada and other countries too.

Deputy PM Chrystia Freeland: "The names of both individuals and entities as well as crypto wallets have been shared by the RCMP with financial institutions and accounts have been frozen and more accounts will be frozen." pic.twitter.com/iA69DbRJl1

The message is clear to Canadians and Americans. Keep your coins on a centralized exchange and they could get taken or frozen. As Canada’s Emergencies Act says, you don’t even have to do anything wrong. You only have to be suspected of doing something wrong. Don’t think American doesn’t have a similar law as part of its AML (Anti-Money Laundering) part of the Patriot Act. The US can do it too.

The age of thinking that North America is too civilized and banking too strong to do something like this is over. If it ever existed…..

Even Kraken, one of the world’s largest crypto exchanges and the 4th largest in the US by volume, is weighing in on the subject. Despite benefitting from people holding their coins there, co-founder and CEO Jesse Powell issued this tweet.

100% yes it has/will happen and 100% yes, we will be forced to comply. If you're worried about it, don't keep your funds with any centralized/regulated custodian. We cannot protect you. Get your coins/cash out and only trade p2p.

Powell is saying it as plainly as possible. If you are a centralized exchange, then you will have to comply. It will happen again and Kraken will have to comply if they want to continue to do business there. Even though Kraken loses out, in the best interest of customers and a sign of integrity, Powell says ‘Get your coins out. Only trade p2p’.

Why Do Investors Keep Crypto on a Centralized Exchange? And What are the Alternatives?

There are 3 reasons most of us keep crypto on an exchange. They are:

This reason seems pretty obvious. Even those of us who have one or many private wallets keep a centralized exchange wallet just because it’s easy. Or maybe because you want to accept payments or move crypto around in tokens and networks your other wallets don’t support. With all the token and wrapped token standards, you may have needs that your current wallets don’t support.

The only alternative for this is isolating which token standards you use most often and get a new private wallet for it. We know people that use the TRC-20 Tron token standard only for cheap, fast USDT payments. Then maybe you need a separate private wallet just for that.

Trading With It Soon

If you are trading it for fiat because you need to cash out for expenses, that can be a little more challenging. But as Powell suggests in his tweet, this is where p2p comes in. Binance.US offers p2p trading but that’s keeping your money on the exchange. Other independent p2p trading sites include:

By far the 2 largest are Paxful and LocalBitcoins. Whichever is larger depends on your jurisdiction. Paxful does much more in North America and Africa while LocalBitcoins does more in Latin America.

If you are keeping your crypto at the exchange because you want to stake with it, we understand. It does keep it easy. But it doesn’t keep it safe. Kraken has staking so when Powell tells us this, he is taking money out of his own pocket to warn us. Listen to him.

The lending alternative is pretty easy as there are many DeFi options of all kinds including single-sided staking, liquidity pools, and yield farming.

The staking option used to be more difficult but is much easier now too. Many wallets let you stake directly from them as we talk about with Terra Station wallet for LUNA. And they aren’t the only ones. Many top chains where you want to stake including Cardano, Cosmos, and Avalanche have wallet available staking too.

And another alternative if that’s not available for you is using non-custodial staking. There are many firms out there now where you can delegate your stake to them and earn interest without the false safety of custody. If it’s non-custodial, then a government can’t get to it. Even better if the non-custodial service provider isn’t an American company either. Many have distributed teams and distributed servers for extra protection like Stakefish does.

While this applies to American and Canadian investors right now today, really this applies to everyone. Do NOT leave your crypto at the exchange. The convenience is not worth the risk of confiscation or asset freeze. If it can happen in Canada, it can happen everywhere. Listen to what Kraken’s CEO is saying. He’s telling you it is not safe from government interference. He’s sacrificing staking income for Kraken to tell you. Listen to him and put your own safety and security measures for your crypto in place.

Use your own private wallet. Don’t know which wallets to use? We have many wallet tutorials here on Altcoin Buzz that you can check out.

In addition, join us on Telegram to receive free trading signals. 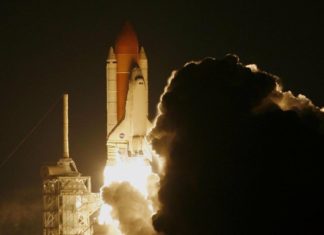 David Abel - June 2, 2021 0
MakersPlace, a premier market that discovers, collects, and invests in rare and authentic digital artworks, has announced that Frank Wilder and Wilder World are...