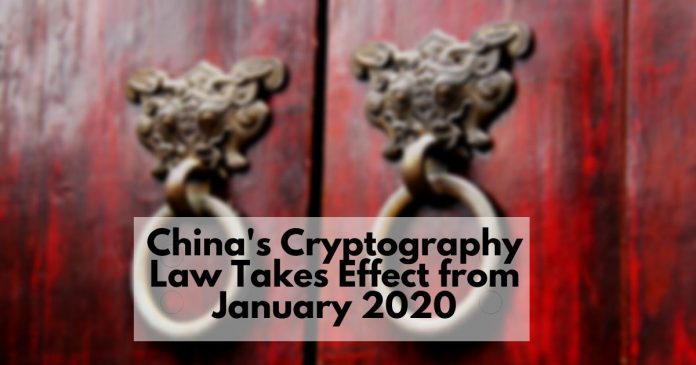 China has passed a new law that regulates cryptography and it will take effect from January 1, 2020.

According to reports, the Standing Committee of the 13th National People’s Congress in China passed a new law regulating cryptography. The document aims to set standards and guidelines for the usage of cryptography and the management of passwords.

How does it affect crypto?

The incoming regulatory framework aims at solving potential regulatory and legal challenges in commercial cryptography use-cases. Since they also play a crucial role in developing the Chinese economy, according to the latest draft.

The draft reads, “Clear guidelines and regulations come into play when evaluating the commercial cryptography technologies used in the major fields related to the national interest as the current loose system doesn’t suit the industry anymore.”

Interestingly, the announcement comes a day after China’s President Xi Jinping emphasized the country’s opportunities in blockchain technology. Accordingly, President Jinping praised blockchain in the meeting with the political bureau of the party’s Central Committee.

However, it can be inferred that the law forms the foundation for the proposed Chinese national cryptocurrency. Although, reports claim no official timetable for its launch exists. Yet China’s crypto plans have been around for a while. Even the CEO of Huawei, Ren Zhengfei, confirmed this in an interview. He advised China to launch own digital currency to compete with Facebook’s Libra.

The Chinese congress released a draft some months ago. Accordingly, it is focused on the government’s centralized password management. It touches upon cryptography, the key component underpinning cryptocurrencies like Bitcoin.

Besides, the proposal covered issues like how compatible the industry standards should be with other international cryptography systems. Also, determining if companies can voluntarily verify their commercial use-cases with authorities.

Then, Wan said: “The key takeaway involves developing new cryptography, hashing also. Also, the usage of the tech. Thus, meaning you need to follow the CCP standard for all encrypted behaviors. Although, it spans through mining to block propagation.” 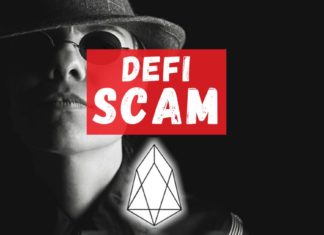 LEAK: India Could Ban All Cryptocurrencies Except Its Digital Rupee