According to reports by the Southern District of New York, Jon Montroll was found guilty of securities fraud and obstruction of justice.

Jon Montroll of Saginaw, popularly known as Ukyo, will spend 14 months in prison for defrauding unsuspecting investors with his “Ukyo.Loan” scheme, transferring investors funds without their knowledge or approval and lying to the FBI and SEC agents during investigations. Montroll’s court proceedings began last year. In July 2018, he pled guilty to the charges leveled against him, admitting that he gave out false balance statements to the US Securities and Exchange Commission (SEC) during the investigation. Manhattan U.S. Attorney Geoffrey S. Berman said:

“Jon Montroll lied to his investors and, after his lies caught the attention of the SEC, lied to them, too. The sentence he received serves as a reminder that this Office will not overlook those who violate their obligation to be honest with investors and regulators working to protect them.”

The now defunct BitFunder’s software was hacked in July 2013, resulting in the theft of 6,000 bitcoin from WeExchange fiat-to-crypto platform. Following the hack, Montroll failed to inform investors and regulatory authorities of the loss. He went as far as promoting the operation as “commercially successful”. To cover up his deception, he provided “materially false and misleading answers” including a “falsified screenshot” of investors funds.

During the course of investigating the exchange’s operation, investigators found out that Montroll used WeExchange as a personal bank. A statement from the attorney’s office explained that: “Montroll exchanged numerous bitcoins taken from WeExchange into United States dollars, then spent those funds on personal expenses, such as travel and groceries.” Also, shortly before BitFunder crashed, Montroll designed a new product which he dubbed Ukyo.Loan. He described the scheme as a “round-about investment.” Irrespective of his business insolvent state, Montroll continued to advertise Ukyo.Loans.

All his court proceedings ended on Thursday, July 11, 2019. Judge Richard M. Berman of the New York Southern District Court sentenced him to 14 months imprisonment and a determined 3 years of supervised release. 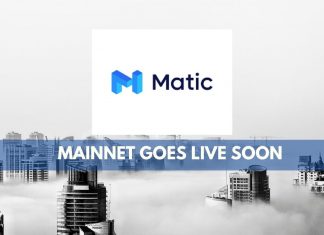 Ezekiel Ng - May 13, 2020 0
Matic Network, a blockchain application platform, uses a combination of hybrid Proof-of-Stake (PoS) and plasma-enabled sidechains. This allows application deployment at a faster and...