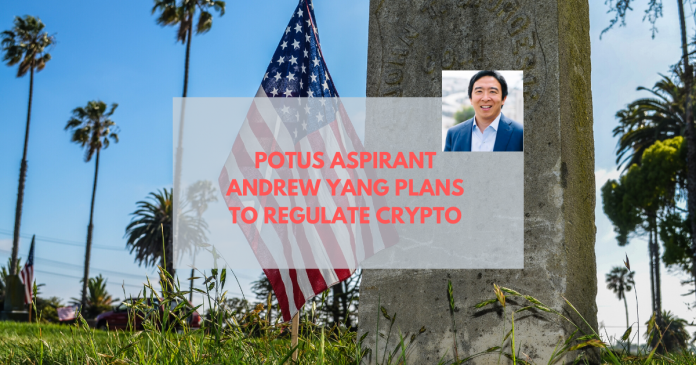 This is according to a blog post published on November 14. Yang disclosed that the crypto industry isn’t living up to its full potential because of regulatory imbalance. He believes cryptocurrency is a wonderful innovation and would be beneficial to all if properly regulated. He also blamed the increasing number of frauds in the crypto space on poor regulations.

Yang pointed out that other countries are leading the way in the crypto space. Putting regulations in place that the US will have to follow when they finally come on board the crypto train. He said, “Other countries, which are ahead of us on regulation, are leading in this new marketplace and dictating the rules that we’ll need to follow once we catch up[…] A national framework for regulating these assets has failed to emerge, with several federal agencies claiming conflicting jurisdiction.”

Congressmen are ignorant of the basics of crypto

Yang stated quite plainly that most members of Congress know next to nothing about cryptocurrency. He added, “In order to regulate technology effectively, our government needs to understand it.”

Yang then added, “It’s embarrassing to see the ignorance some members of Congress display when talking about technology, and anyone who watched Congress question Mark Zuckerberg is well aware of this.” To remind, Zuckerberg was questioned for over six hours by Congress due to his proposed stablecoin Libra.

In a recent blog post titled, “Regulating Technology Firms in the 21st Century”, Yang pointed out that the US government needs to be open-minded and forward-thinking when dealing with innovation. He also added that it is unfair to tag cryptocurrency as bad without at least a basic knowledge of the tech.

Yang also stressed that if he becomes president, he will facilitate legislation. He will assign specific federal agencies to preside over the digital assets space. Thus, providing adequate protection to consumers. He also plans to properly clarify crypto taxation.

The POTUS aspirant also pointed out that the US government’s response to crypto is lagging behind that of other countries. China, for example, is about to launch its own crypto. Malta has put favorable regulations in place, making the country a safe haven for crypto. It is important to note that just last week, former CEO of Nasdaq also called regulators slow.

David Abel - August 31, 2021 0
Cryption Network is a decentralized platform with the aim of simplifying the transition from fiat to cryptocurrencies for retail investors. The network created a...