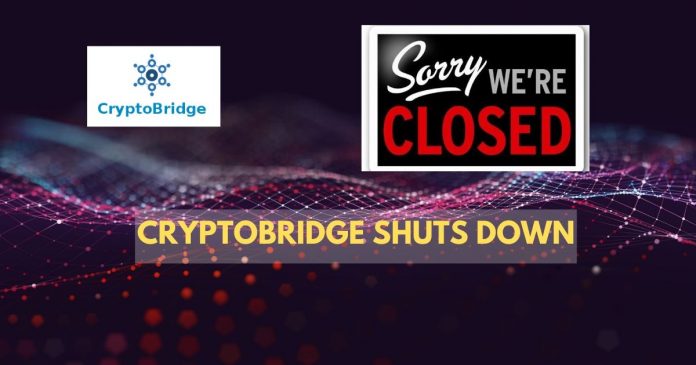 CryptoBridge, the cryptocurrency exchange, recently announced that it can no longer function.

It made this announcement on December 2, 2019. Particularly, it blamed unfavorable regulatory requirements and poor market conditions. In its official statement, the exchange pointed out that starting from December 3, 2019, it would no longer accept deposits. It also advised its users to withdraw their funds as soon as possible as verification might take a couple of days. The US-based decentralized cryptocurrency exchange added that all withdrawals will end on December 15, 2019.

CryptoBridge, however, promised continued support for all its users. Especially those who might experience difficulties when trying to withdraw funds.

Following the announcement, a CryptoBridge EU twitter handle emerged and stated that the shutdown announcement is only temporary. Adding that the exchange was relocating to Denmark.

The announcement stated that: “I’m proud to announce CryptoBridge’s termination is not the end! We will be moving our headquarters to Denmark! We will have a new site up and running so stay tuned!”

The company has however debunked the announcement via its official site. It added that all its social media handles are no longer functional and anyone pretending to be a representative of CryptoBridge was fake.

The official announcement reads: “Our social media channels are closed, all accounts on Twitter that are pretending to be representing CryptoBridge are fake. We are not planning a comeback at the moment.”

Founded in 2017, the exchange has experienced its highs and lows. As of October, it had about 320,000 visitors. Most of them were from Bulgaria and Russia.

The exchange revealed that it tried its best to keep the company afloat but several conditions have made this decision inevitable. The exchange’s official announcement reads, “We put in a lot of hard work and did everything in our power to make the outcome different, […]With great regret, we’re announcing that CryptoBridge is shutting down.”

The United States is increasingly stringent in its stance against cryptocurrency. Several crypto exchanges have had to shut down or relocate due to increasing regulatory constraints. 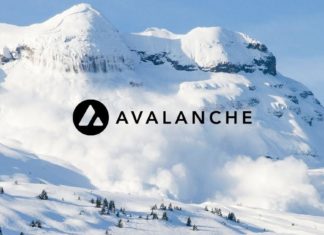