The Law Commission of India may have just brought its country’s use of cryptocurrencies back to life, after the Supreme Court’s decision to ban its use earlier this year.

In late July this year, the Law Commission of India released a report titled ‘Legal Framework: Gambling and Sports Betting Including In Cricket In India’. The 140-page report attempts to recognize cryptocurrency as a means of electronic payment. This is the first installment of positive limelight from an Indian government source, possibly ever, in relation to cryptocurrencies. The report focuses on new online gambling laws, however, the talk of allowing cryptocurrencies to be used in the payment process is exciting for all Indian crypto enthusiast.

The report was initially established by the Indian government to inform them of possible legal reforms in relation to the legalisation of betting in India. The result of this report is beneficial to both gambling and cryptocurrency prospects in the future. However, it strongly recommends that sets of stringent laws should be brought in place to attempt to keep track of these new systems. There are worries that the introduction of not only a new gambling system but also the use of cryptocurrency in this system, will lead to more regulation issues.

“Having taken the form of a parallel e-economy, gambling with VC, pushes even the Online Gambling market underground, and very often, out of reach of the law enforcement authorities.” These reasons stated above, were the impetus for the Supreme Court and Reserve Bank of India’s decision to outlaw the use of cryptocurrency. Therefore, the report alludes to the future use of cryptocurrency being accompanied by extensive regulations.

This however, is not a bad thing. Regulation is far better than prohibition. If the law commission succeeds in its attempt to legalize gambling in India, the use of cryptocurrency could be soon to follow. The principle idea that regulation is better than prohibition may carry the gambling laws through the courts and this would then likely set a path for cryptocurrencies to follow.

The Supreme Court has been hearing petitions in regards to the ban imposed by the Reserve Bank of India and potential for new cryptocurrency regulations. The initial hearing took place in July but the Court could not hear all petitions in the amount of time allocated. Therefore, the Court set a final hearing date for September 11 where some closure should be provided to the Indian financial community regarding the future of not only the Reserve Bank’s ban on crypto but its entire future in the country.

This report is a positive light in dark times for Indian crypto enthusiast and could be the start of an abundance of changes. 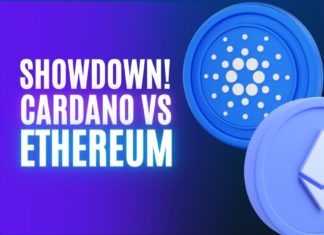 Camille Lemmens - September 21, 2022 0
Comparing Cardano and Ethereum will keep discussions heated for a few more years to come. There are devotees in both camps who are sure...