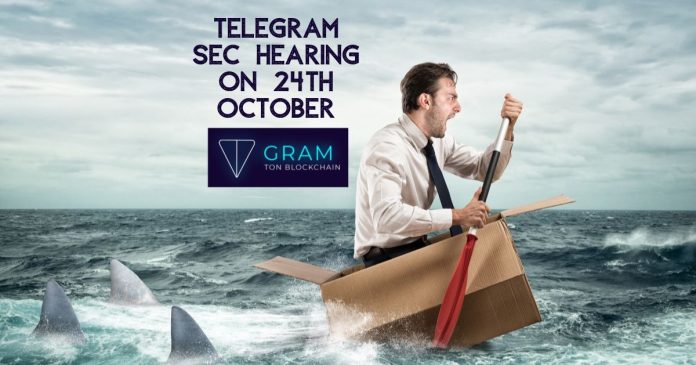 Telegram and its subsidiary TON Issuer Inc. have issued a disagreement letter. Apparently, the developers have been in open communication with the U.S. Securities and Exchange Commission (SEC). And the recent lawsuit has taken them by surprise.

Disappointed by the SEC’s action, the defendants have no choice but to “take a break’. Telegram and Ton are yet to share a media response. But the official channel for TON investors indicates delays.
After clearing up all the previous announcements, the 2.8K subscriber channel displays this message now. 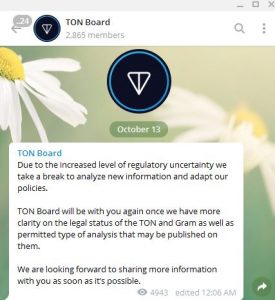 Meanwhile, TON has approached the investors red-faced but with a reassuring ground. Explaining their legal position, Telegram told the accredited investors that it has been trying to communicate with the SEC for the last 18 months. And has not skirted any securities regulation.
The court hearing is set for Oct 24th.  And it will be trying its best to resolve the lawsuit rather than delay the launch.

According to Telegram and the investor agreement, in particular, there are repercussions if the launch is delayed. Specifically, the company would be required to repay the funds. But the Bell, a Russian media start-up, has identified a force majeure clause that protects Telegram in such unforeseen conditions.

According to the clause in case of a natural disaster, a regulatory action, terrorist threat or war, Telegram can delay the project without having to refund the investors.

Gram is a security, says the SEC

The SEC has been receiving a lot of criticism from the blockchain innovators. But it’s vigor to regulate the digital money offering is not fading away.
TON might contend it but the SEC considers Gram to be security. And as per the Securities Act of 1933, it must register itself with the SEC.
The SEC believes TON is trying to hide behind the “Notice of Exempt Offering of Securities.”
Apparently, Telegram had informed the SEC that it is selling tokens worth $850 million. And this did not require any registration with the SEC. But eventually, TON superseded the total offering amount (as stated in FORM D) and raised $1.7 billion.
The notice of restraint intended to stop the company from selling millions of Grams after its October 31st launch.
Steven Peikin, the SEC’s co-director of the division of enforcement stated that as of 11th October, the Commission did not receive any registration action from the defendants. Hence, the emergency halt. The SEC has summoned Telegram to the New York courtroom. And the defendants need to submit all the opposing documents by the 18th of October.
According to Nathaniel Popper, a New York Times reporter, TON’s high-profile investors should have ascertained the regulatory mess. Popper further mentions in his tweet that big VC’s like Benchmark, Sequoia, and Lightspeed have been a part of this historic ICO fundraising event.
Earlier, we reported Coinbase to provide custodial services for Gram. Do you foresee some pullbacks? 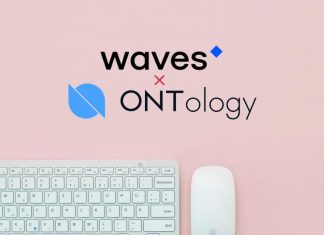 Ontology Team up with Waves over DeFi

Daniel Abel - August 17, 2020 0
Ontology and Waves have announced a collaboration to develop a cross-chain communication project for decentralized finance (DeFi). Ontology would be teaming up with Waves an...