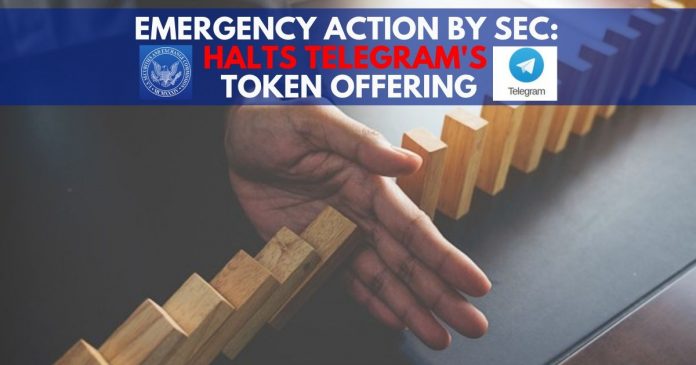 The U.S. Security and Exchange Commission (SEC) filed a complaint in Manhattan’s federal district court against Telegram. In it, it accuses the company of violating the Securities Act.

Gram might not be launched.
In an official announcement,  the SEC disclosed it has obtained temporary restraint orders against Telegram and its wholly-owned subsidiary TON Issuer Inc. Particularly, because of the unregistered offering of TON’s token Gram. As a result, Telegram’s ongoing digital token offering that raised over $1.7 billion stands stalled. 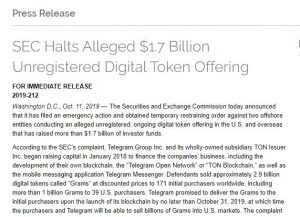 Source: SEC. GOV
TON is not the first project booked by the SEC for an unregistered token selling.
But this happens to be the first time when the SEC halted an ongoing digital token offering. According to the complaint, defendants unlawfully sold 3.9 billion Grams across the globe including the US. Initially, 210 investors bought Gram tokens at discounted rates and helped raise $1.7 billion.
Here comes the key part. The SEC bluntly states that Grams are considered securities. Its initial funding process was executed under SEC exemption. But this exemption doesn’t allow TON to sell Grams in secondary trading markets.
The buyers are yet to receive Gram. And will happen only after the Telegram’s TON Blockchain goes live on October 31st.

Telegram is in serious trouble. If it doesn’t launch TON and Gram by 31st of October, it will have to return the raised money.
In spite of the fact that the SEC has issued a number of warnings, many cryptocurrency projects have been trying to circumvent the federal securities laws. But the SEC always strikes back. Previously, Block.one got away by paying $24 million of fine, which was only 0.06% of what they raised through their unregistered ICO sales.
History tends to repeat itself. And the two defendants might get away from the clasps of the SEC by paying a meager figure as a civil penalty.
Do you have any thoughts on how SEC should be treating such unlawful sales? 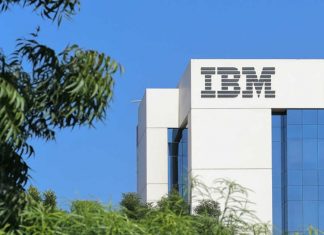 Ifeanyi - June 19, 2019 0
In a press release, IBM's CTO, Jerry Cuomo, gave insight into the new system. He described the service as a fully-flexible blockchain platform. It's...

Kraken’s Jesse Powell to Americans: ‘Get Your Coins Out’