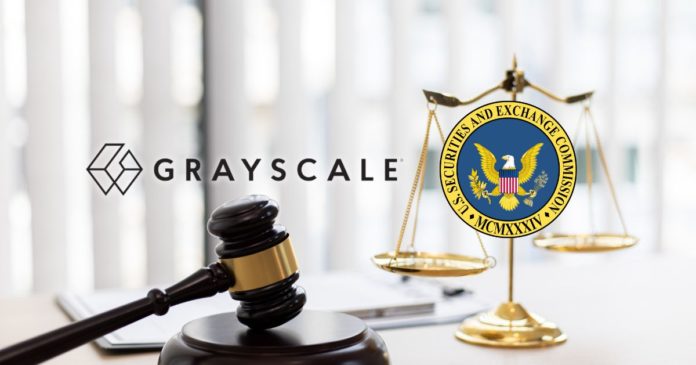 Yet another ground-breaking legal proceeding is set to take place in the crypto space as Grayscale Investments drags the U.S. SEC to court.

The world’s largest crypto asset manager, Grayscale Investments, recently filed a petition against the United States Securities and Exchange Commission (SEC). The petition accuses the SEC of violating both the Administrative Procedure Act and the Securities Exchange Act of 1934.

Details of the Lawsuit

According to reports, Grayscale’s Senior Legal Strategist and former U.S. Solicitor General Donald B. Verrilli, Jr. filed the petition. Also, the petition for a review was filed with the U.S. Court of Appeals for the District of Colombia Circuit. Simply put, the lawsuit is in opposition to the U.S. SEC’s decision to prevent the conversion of Grayscale BTC Trust to a spot BTC ETF. While accusing the SEC of being in violation of the Securities Exchange Act of 1934 and the Administrative Procedure Act.

Notably, Donald B. Verrilli, Jr. is also a partner at Munger, Tolles & Olson.

Speaking on the lawsuit announcement, the CEO of Grayscale, Michael Sonnenshein, reveals that the company holds the SEC in high esteem. And that it completely “[…] supports and believes in the SEC’s mandate to protect investors, maintain fair, orderly, and efficient markets and facilitate capital formation.” He, however, adds that the current stance of the SEC negates the core values of innovation, fairness, and efficiency that the U.S. SEC should be known for.

In his own words, he points out that the firm is “[…] deeply disappointed by and vehemently disagree with the SEC’s decision to continue to deny spot Bitcoin ETFs from coming to the U.S. market.”

According to reports, this move will further open up the United States to billion of dollars of investors’ capital. It will also bring the activities of Grayscale further under the auspices of the U.S. regulatory space.

Seeing the insistence of the U.S. SEC on preventing the conversion of GBTC to a spot BTC ETF, Grayscale is also focused on upending this decision. Sonnenshein adds that Grayscale will “[…] continue to leverage the full resources of the firm to advocate for our investors and the equitable regulatory treatment of Bitcoin investment vehicles.”

As part of the filed petition, Grayscale and Davis Polk & Wardwell, an international law firm, also revealed that the SEC does not have a clearly defined process of dealing with identical investment vehicles. Adding that, this alone is a clear violation of the “[…] Adminstrative Procedure Act and Securities Exchange Act of 1934.”

Grayscale is one of the world’s largest cryptocurrency asset management firms. Its Bitcoin investment vehicle (GBTC) is also currently the world’s largest Bitcoin investment vehicle. Launched in 2013, the digital asset management firm also boasts of being regulatory compliant. This means that its activities and registration statements are transparent and available to the U.S. SEC. Furthermore, helping to ensure the U.S. SEC is abreast with all major activities on Grayscale.

Apart from being compliant and transparent with the U.S. SEC, Grayscale also provides its investors with important info like GBTC risk factors, etc. to help guide their investments. Therefore, providing willing investors with access to invest in the crypto space via well-regulated investment products. The asset management firm is also well-known for its impeccable track record and expertise in the field of asset management. 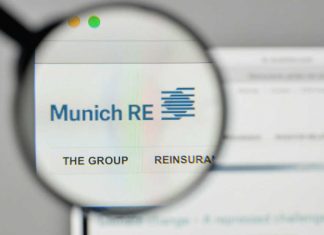 Munich RE Insures Curv’s Crypto Wallet up to $50 Million

Ifeanyi - May 12, 2019 0
Cryptocurrency security company, Curv, obtained up to $50 million of insurance coverage. The reinsurance from Munich Re is meant for institutional customers. The coverage was announced...