Interesting news from China this week. A ruling by the Shenzhen Court of International Arbitration has confirmed that Bitcoin can be lawfully owned on Chinese soil. Despite the country’s central bank’s ban on cryptocurrency trading, bitcoin should still be legally protected as a property with economic values.

In the latest case ruling, the court in China ruled that Bitcoin is protected by law as property and that the China laws and regulations do not prohibit the private ownership and transferring of Bitcoin. As a result, Chinese citizens are now formally entitled to view Bitcoin and other cryptocurrencies as property because they are deemed to have inherent economic value.

1/ Chinese court confirms Bitcoin protected by law. Shenzhen Court of International Arbitration ruled a case involving cryptos. Inside the verdict: CN law does not forbid owning & transferring bitcoin, which should be protected by law bc its property nature and economic value.

On Thursday, the Court used WeChat to publish its findings of a recent dispute that centered on the possession and transfer of 20 Bitcoin, 50 Bitcoin Cash, and 12.6 Bitcoin Diamond. The total value: almost half a million US Dollars.

According to the case analysis, the unnamed plaintiff signed a contract agreement with the defendant, which allowed the latter to trade and manage a pool of cryptocurrencies on the plaintiff’s behalf.

However, the plaintiff said the defendant failed and refused to return the cryptocurrencies after an agreed deadline. As a result, they brought the case to the arbitrator, seeking the return of the assets with interest.

The defendant claimed that the contract was invalid because the People’s Bank of China (PBOC) has banned ICOs and cryptocurrency trading in September 2017. This, they suggested, meant that any payment or transfer of cryptocurrencies within China was illegal so the contract in question was not valid anymore.

Even though China-based exchanges have suspended their activities because of the ban, the Court noted that technically that fact does not prevent the defendant from sending the assets at dispute to the plaintiff upon the agreed deadline.

The arbitrator’s decision, while not altering the country’s ban on ICOs or virtual currency trading, established that, whilst cryptos cannot be deemed to have a monetary equivalence to traditional fiat currencies, Bitcoin has the nature of a property, which can be owned and controlled by parties, and is able to provide economic values and benefits.

The Arbitrator stated that there is no law in China currently that prohibits the possession of bitcoin and its transactions between individuals. Further, it said there should be no technical difficulties in sending bitcoin as long as one has a bitcoin address and private key.

According to the court:

“Bitcoin has the nature of a property, which can be owned and controlled by parties, and is able to provide economic values and benefits.” 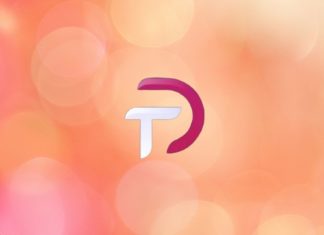 Racheal - August 12, 2021 0
The decentralized finance (DeFi) space continues to be at the forefront of adoption and innovation in the entire blockchain, and crypto space. Dot.Finance, a recently...