Mark Zuckerberg, founder of Facebook and Libra, is in Washington D.C. He will be meeting with the United States policymakers to discuss internet regulatory issues.

The man is back in town. Mark Zuckerberg is once again going to discuss a wide array of issues. They include proper handling of privacy issues, competition, and politically sensitive content. This meeting with US policymakers closely follows a period of serious criticism of Libra. And oh boy, it certainly received a lot of heat.

Spokesman for Facebook, Andy Stone, revealed Zuckerberg’s focus during his visit with US policymakers. It’s all about “future internet regulation.”

It seems like Zuckerberg isn’t wasting time. Just yesterday, he had dinner with several US Senators. Mark Warner, Democrat Senator and member of the Intelligence Committee, allegedly helped to organize it. A tweet by Kurt Wagner disclosed a few details about the evening. It contains a screenshot of the report released by Warner’s spokeswoman, Rachel Cohen.

Virginia Senator @MarkWarner, historically one of FB’s biggest critics in Washington around its role in elections, organized a dinner for Mark Zuckerberg and other Senators tonight in DC. Here’s the full statement from Warner’s office pic.twitter.com/rYBtOtQFyD

Her statement, however, did not reveal the other senators who attended it. What is known is that Zuckerberg has also met with Maria Cantwell of Washington, a member of the Senate Commerce Committee. Additionally, he scheduled a meeting with Adam Schiff of California, who is the Chairman of House Intelligence.

A little bit of a sucking up might indeed be taking place.

Libra has faced a lot of opposition since its inception. In a congressional hearing for Libra this July, US Representative Maxine Waters made plain several concerns about it. She has also previously asked Facebook to stop work on it in June. She added that the social media company had shown several patterns of “failing to keep consumer data private” and that it had “allowed malicious Russian state actors to purchase and target ads” that affected the U.S. presidential elections in 2016.

And not just them. Earlier this month, Bruno Le Maire, French Minister for the Economy and Finance, said that there was no way Libra will be allowed on European soil. He classified Libra as an “attribute of the sovereignty of the States” adding that, as such, it should “remain in the hands of the States and not of private companies…” 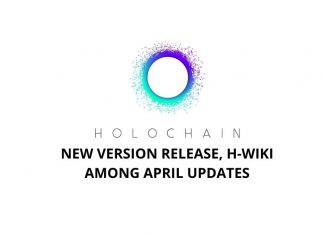 David Abel - May 11, 2020 0
The monthly roundup report for April 2020 discussed different activities and releases for Holo and Holochain. New releases in April According to the April report, a...