The launch of Facebook’s Libra coin has sparked a worldwide reaction. The latest comes from the French Central Bank.

Who does not know about Libra? Exactly, even the French Central Bank is talking about it. In an interview with the weekly magazine L’Obs, Bank of France Governor Francois Villeroy de Galhau, expressed his opinion about the coin. And it was not a very cheerful one.

de Galhau admitted that cross-border payments could benefit from some improvements. However, he was quick to bring up the as old as the hills issue of anti-money laundering rules. And emphasized the necessity to obtain a banking license.

The anti-money laundering issue stems from the usual concern about the crypto’s anonymous nature.

“The risks are increased by the anonymity that Libra users would have,” de Galhau said. He then added that Libra’s developers have to ensure that transactions and users’ data are fully secure.

Then he started to elaborate on the project’s potential evolvement.

“If the project seeks to go beyond payments to offering banking services like deposits, it will then have to be regulated like a bank with a banking license in all the countries it operates,” he said.

He also made it clear that otherwise Libra would be illegal.

de Galhau’s comments are worthy of attention, as France currently presides the G7 group. Its interest in cryptocurrencies is not accidental, as the country is examining ways of tackling concerns pertaining to AML and consumer-protection rules.

This endeavor is part of a bigger agenda that is being promoted by the G20 group. Recently, the G20 group issued a communique once again calling on world institutions to deal with the crypto realm’s problems.
Almost immediately, the regulators began deliberating the relevant crypto legislation.
France is not the only country to express mild concern about Libra. For instance, the coin’s future in India remains uncertain. At the same time, The Bank of International Settlements, the Swiss-based financial institution, has warned against the big tech’s crypto foray. 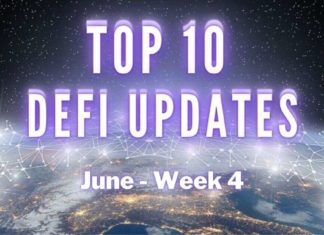 Are Miners Selling Their Bitcoin?