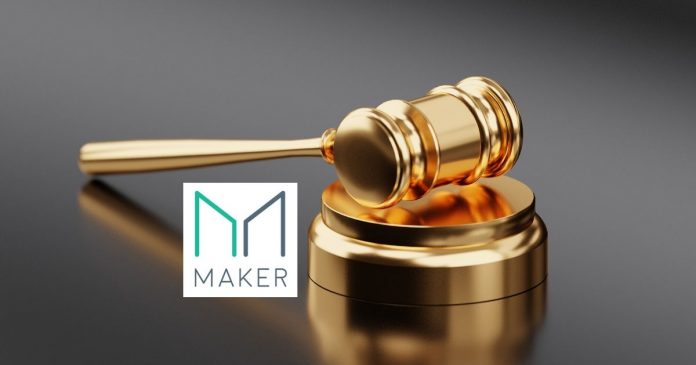 Investors of the Maker Foundation have filed a class-action lawsuit against the Foundation and its cohorts. The plaintiff is reportedly calling for about $28.3 million in total damages.

The lawsuit against the Maker Foundation is tied to a series of liquidations that took place between March 12 and 13. It was part of a broader market event named Black Thursday.

According to reports, a steep drop in the price of Ethereum (ETH) caused liquidations across the open finance ecosystem. For MakerDAO, the event caused a stream of zero-bid auctions that led to undercollateralized debt in the ecosystem.

Information about the lawsuit

Lead plaintiff Peter Johnson filed the lawsuit in the Northern District Court of California. The suit could include about 3,000 investors. Harris Berne Christensen LLP of Portland is going to represent the plaintiff.

The suit claims that the Maker Foundation and its cohorts intentionally misrepresented the risks associated with ownership of collateralized debt positions (CDPs). It named the Maker Ecosystem Growth Foundation as well as the Dai Foundation also as responsible parties. Incidentally, it had resulted in the loss of $8.325 million in investors’ money on Black Thursday.

According to reports, Peter Johnson has filed three counts in the suit for negligence, intentional misrepresentation, and negligent misrepresentation. Following a discovery period, he expects to have another 1,000 members to join the suit.

Demand expectations include payments equivalent to each investor’s lost funds of over $8.325 million. Additionally, there is to be a call for the punitive damages, interest and other costs for $20 million.

On top of this, there is a demand for the return of the auctioned collateral to users after a 13 percent haircut. However, it is pertinent to note that a lot of positions had ended up completely or almost fully liquidated.

Notably, the 13 percent isn’t a hard line but it depends on internal conditions in the ecosystem. Peter Johnson also added that several Maker products like the typically used decentralized application (DApp) Oasis, claims a 13 percent penalty as the highest strike for liquidation.

Maker Foundation perspective on the lawsuit

The Maker Foundation earlier promised to “address all questions as directly as possible.” But, they later said there was “no comment with respect to any planned or pending legal actions.”

However, the Maker community is reportedly working together on partial compensations for users who suffered from MakerDAO’s architectural defects. Incidentally, on April 13, MKR token holders held a governance poll. An initial vote from that poll has approved to refund investors who were liquidated unfairly.

Another governance poll that isn’t live yet is constructing the other details about the refund like the currency, and the amount to pay back the investors.

Notably, the decision for an indemnity clause protecting the Maker Foundation happened before other details. “To withdraw, vault holders will need to browse to a web page where they agree to indemnify Maker and affiliates. This is against any potential legal claims for their loss,” the poll said.

This clause has, however, sparked controversy. Preston Byrne, attorney at Anderson Kill LLP, said that: “the language isn’t certain enough to constitute a binding contract. Also, a CDP holder who suffered losses did not vote on the poll. And did not accept the proposed haircut would almost certainly not be bound by that indemnity term.”

Recently, we covered MakerDao making parameter adjustments in the wake of the infamous Black Thursday occurrence. 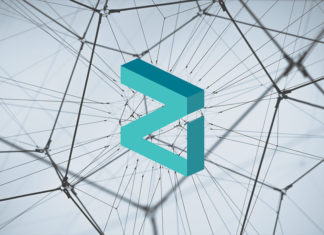 Luc Lammers - November 16, 2018 1
Zilliqa, the first public blockchain designed to implement sharding and, therefore, allowing for linear scaling as the blockchain grows in size, has mentioned a...