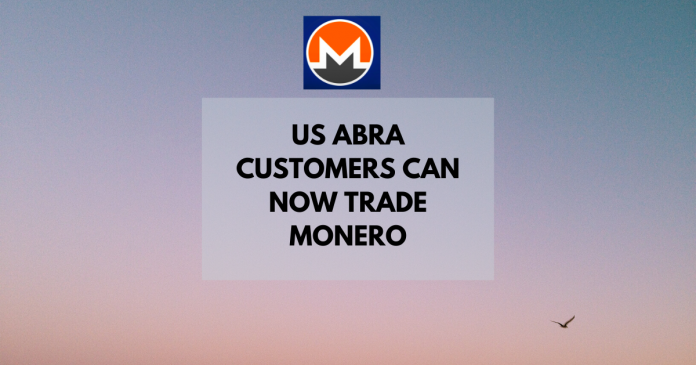 Popular open-source, privacy centered cryptocurrency has announced that crypto traders in the US can now buy, sell and trade XRM on the investment app Abra.

This is according to a tweet by Monero. It reads: “U.S. customers of Abra (a crypto wallet and investment app provider) are now able to deposit, withdraw, or trade Monero!”

Monero isn’t the only crypto to be listed on Abra. The wallet provider included at least 60 other cryptocurrencies that are now available to US traders. The investment app announced on November 12, 2019, that crypto traders in the US can now trade several cryptos. Some of them include Bitcoin SV, DAI, Monero, Cosmos alongside several other coins. Abra has also increased its withdrawal and deposit threshold to $4000 daily, $8000 weekly and $16000 monthly.

In the coming weeks, Abra will be accessible to both US and non-US users. This recent addition brings the total number of crypto on Abra to a little more than 200. The app will also enable free in-app asset exchange with no trading limitation.

Users in New York, on the other hand, can only hold BTC, ETH, LTC, and BCH on Abra.

Importantly, earlier this year Abra announced that US customers will not be able to hold certain currencies. This was due to regulatory uncertainties and restrictions in the United States. They remain unchanged. Thus, US users cannot hold QTUM, BTG, EOS, OMG and SNT.

The US has over time shown a strong dislike for cryptocurrency with regulators trying hard to shut down this tech. President Trump once tweeted about his utmost dislike for Bitcoin. He added that they weren’t money and are made out of thin air. Not everyone, however, agrees. Two US congressmen during bitcoin’s 11th whitepaper anniversary advised the US to allow crypto to grow and not suppress this innovative tech. 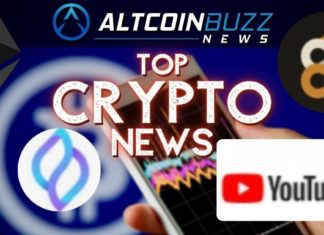 Racheal - January 27, 2022 0
Very few changes have taken place in the cryptocurrency marketplace this week. As part of today’s top crypto news, Bitcoin is showing some form of...

What Happened on the Maiar DEX?