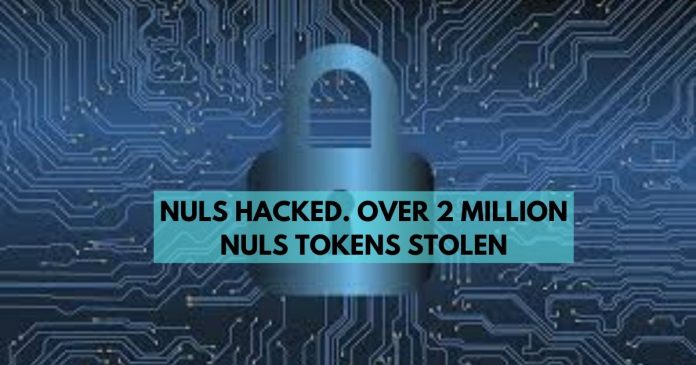 NULS is the latest hack victim in the crypto space. The blockchain platform has lost about 2 million of its native token NULS to hackers, estimated to be about $480,000.

NULS confirmed this unfortunate occurrence via a twitter update. In which, NULS confirmed that it recently discovered that 2 million tokens have been stolen. Also adding that about 548,354 which is approximately $131,600 is now in the market and so untraceable.

In a bid to mitigate the effect of the hack, NULS has proposed a hard fork. The fork is scheduled to take place at block height 87,800. Speaking on the hard fork, NULS pointed out that the remaining “1451645.65303905 NULS that has not entered the trading market will be destroyed in a permanent freeze” This will help prevent the influx of the stolen token “into the market.”

NULS believes the hard fork is the best course of action to take after the hack. According to the team, the hard fork will help avert huge losses to NULS users.  The hardfork will be taking place as soon as possible. The team has also informed all its node operators of the proposed upgrade.

NULS revealed that hackers exploited a security vulnerability on its network. The hack took place on the NULS 2.2. version. The exchange, however, alleges that the vulnerability has been fixed. A large number of crypto exchanges have also rallied round NULS. With many actively working hand in hand with the NULS team to help recover the funds. The stolen tokens represent about 2% of the total NULS in circulation, which is about 73 million.

The crypto space and hacks

Several other exchanges have also suffered being hacked. While some recovered, others are still finding it difficult to get back on their feet. Early this month, VeChain Foundation also suffered a similar fate. It lost about 1.1 billion VET tokens, priced at about $6.5 million. 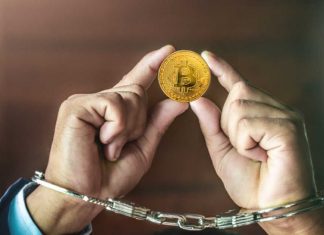 Laundering $500k worth of Bitcoin Got Man 51 months in Prison

Romel - April 9, 2019 0
A Danish man will sit behind bars for four years and three months for laundering over 3 Million Danish Kroner, that's equivalent to USD...