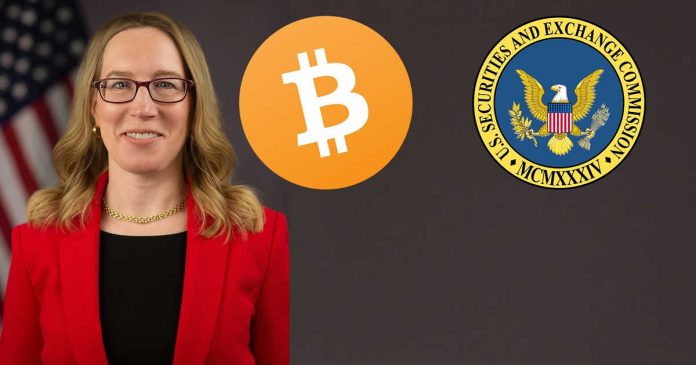 SEC Commissioner Hester Peirce spoke on journalist Laura Shin’s podcast, Unchained, on March 26th. They tackled many issues, how the SEC has performed recently, how the SEC chose to regulate, and potential new legislation.

SEC Commissioner Hester Peirce has again lived up to her nickname, ‘Crypto Mom,’ by once again defending the technology and innovation with many unbiased facts and opinions. On the podcast Unchained, she and journalist Laura Shin discussed many topics investors in this space want answers to.

Many people remember SEC Commissioner Hester Peirce for her dissent statement she gave back in July 2018 when her colleagues denied the Winklevoss ETF proposal. In fact, she was the only commissioner who approved the ETF proposal, hence the name ‘Crypto Mom.’ Once again, she didn’t disappoint.

One of the important points she stressed was that the SEC was created in the 1930s. To that point, many of the laws and regulations were put in place then but never evolved to adapt to current technology.

The key one being the ‘Howey Test,’ which is still used by the SEC to determine if something is a security or not. One of the main struggles with this form of regulation is how do regulators oversee a decentralized entity like Bitcoin and many other cryptocurrencies.

One of her key issues with the SEC was their lack of communication with the ICO phase in 2017. She feels that the SEC waited too long to issue guidance and when they finally did it was too vague. Now she feels the guidance they did give is irrelevant because the SEC seems to have changed their opinions and many utility tokens are now being swept into securities laws. In her own words, “I want to see a bit more action here.”

She goes on to further explain why she feels the SEC might be leading down a dangerous path of what is and isn’t a security. To her point, we buy many things we think will appreciate in value, houses, cars, antiques, jewelry, etc…, should those also be under the SEC’s jurisdiction? Trying to answer this could lead the SEC to a place they don’t want to be.

“I might not come to the same conclusion as some of my colleagues might, because I think often, you’re trying to look at what was in the purchaser’s head when she bought a token. ‘Was she thinking, I’m going to make lots of money? Or was she thinking, I’m going to have a functional utility token?’ That’s a really strange road to go down because there are lots of products that you might buy thinking, ‘I’m going to be able to sell this for a lot of money somewhere down the line,’ but that doesn’t necessarily make it a security. If we’re candid about this, this is an area where we have to be careful. If we go crazy, our jurisdiction could expand to include almost anything. I mean, [companies] advertise watches. They show a picture of the father and the son and say, you buy this watch and this is your legacy for your child. I’ve even seen people say some of the best investments they’ve made are things like watches. If that’s the case, do we really want to walk down that road? I don’t. I’ve got enough to do on the security side.” – Hester Peirce

She went on to talk about all of the innovation occurring in Asia and wondering if the US is missing out on something due to inaction on regulation. This was a big reason for her opposing the SEC’s decision to disapprove the BATS BZX Exchange’s ETF proposal. She made another valid point explaining that many other markets are messy as well and it isn’t exclusive to just cryptocurrencies.

“Are we missing out on something. Is there something that we could be doing differently so that some of that innovation would be happening here in the U.S. instead? – Hester Peirce

When talking about the information Bitwise released, showing that roughly 95% of the cryptomarkets trading volume is fake, she brings up a key point. Bitwise is actively addressing the SEC’s concerns, aren’t trying to hide it, and proving that even though 95% is fake, there is a well-functioning market in that 5%.

“If you really look at the data they present, they say there is this stuff going on and we’ve identified [it]. But there’s this other piece of the market where we see a really effective well-functioning market.” – Hester Peirce

On her final point, which is great news for developers, she made clear that she doesn’t believe in making coders of open protocols liable for how they are used later on. This is important to take note of because there have been discussions of making said developers liable.

“I don’t want someone who’s writing code to have to worry that she’s going to get blamed down the road for what someone else did with her code. That’s an area that I’m particularly concerned about. We don’t want to outlaw writing code.” – Hester Peirce 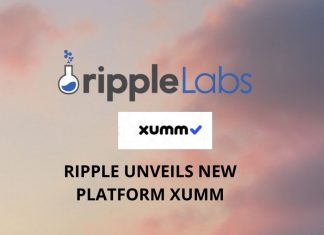