In July, the Security and Exchange Commission (SEC) declassified ETH as a security. Today, Jay Clayton, SEC’s Chairman, confirmed the Commission’s stance, albeit in a slightly vague manner.

Back in September, Coin Center, a non-profit crypto research organization, asked Clayton to confirm whether he subscribes to William Hinman’s view of ETH. In response, he wrote a letter which emphasizes that overall he agrees with his colleague’s explanation.

To remind, Hinman, SEC’s director of corporate finance, had stated that ETH “in its present state” is not a security. In other words, ETH was a security only during its ICO but not afterward. Clayton confirmed that digital asset’s definition as a security is not static. It may change  “if the digital asset later is offered and sold in such a way that it will no longer meet that definition.”

Thus, neither Ethererum nor cryptocurrencies like it are securities.

What is curious, however, is that Clayton never mentioned ETH directly. Instead, he stated that he had been asked if he agrees “with certain statements concerning digital tokens in Director Hinman’s June 2018 speech.” He confirmed that and underscored:

“I agree with Director Hinman’s explanation of how a digital asset transaction may no longer represent an investment contract [a security] if, for example, purchasers would no longer reasonably expect a person or group to carry out the essential managerial or entrepreneurial efforts.”

Others are still waiting

It is encouraging to see that Clayton clarified his view of ETH and the like. However, many crypto-related things remain ambiguous. For example, coins like Ripple are still awaiting their fate. To date, the SEC has not made it clear how it views XRP. So far only a former employee of the Security and Exchange Commission, Michael Didiuk, called it currency, not security.

Nor has the SEC approved any of the received ETF applications. VanEck and SolidX which were close to getting the green light have decided to re-file their application due to shutdown in the U.S. In late February, the SEC once again opened the reviewal period.

Previously, Hester Peirce, SEC’s Commissioner known for her pro-crypto approach, stressed that lack of crypto regulation is not necessarily bad. She suggests that it is an opportunity for the industry to enjoy freedom. 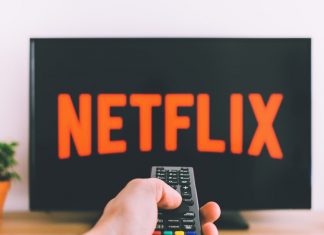 Netflix’s Next Cryptocurrency Documentary is about Altcoins

Luc Lammers - June 29, 2019 0
U.S. streaming giant Netflix is reportedly working on another cryptocurrency documentary. The documentary is going to be a sequel of “Banking on Bitcoin” and...