XRP is still awaiting a decision from the SEC regarding if it is a security. Ripple would prefer that XRP not be classified as a security and have equipped themselves with a former SEC chairwoman in preparation, but another lawsuit has been filed.

The new lawsuit claims that Ripple sold the XRP token to fund its operations. The plaintiff also claims:

“Here, the XRP offered and sold by the defendants had all the traditional hallmarks of a security, yet defendants failed to register them as such. The purchase of XRP constitutes an investment contract, as XRP purchasers, including plaintiff, provided consideration (in the form of fiat, such as U.S. dollars, or other cryptocurrencies) in exchange for XRP. XRP purchasers reasonably expected to derive profits from their ownership of XRP, and defendants themselves have frequently highlighted this profit motive.”

The lawsuit goes on to explain that the companies move of putting 55 billion XRP in escrow was done to increase the valuation of XRP noting that after that move the price of XRP increased from $0.22 per token on December 7th, 2017 to $3.38 per token on January 7th, 2018.

Boom! 55B $XRP now in escrow. Good for supply predictability and trusted, healthy $XRP markets. Glad to finally let this #cryptokitty out of the bag!https://t.co/TpOTuwwwdd

Ripple is anxiously awaiting a decision but has geared up for its defense well. They are certainly not going to go down without a fight. As stated by their chief market strategist Cory Johnson, “We absolutely are not a security. We don’t meet the standards for what a security is based on the history of court law.” 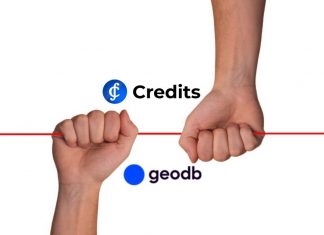 VRF Will Bring Transparency to DeFi and Blockchain Projects