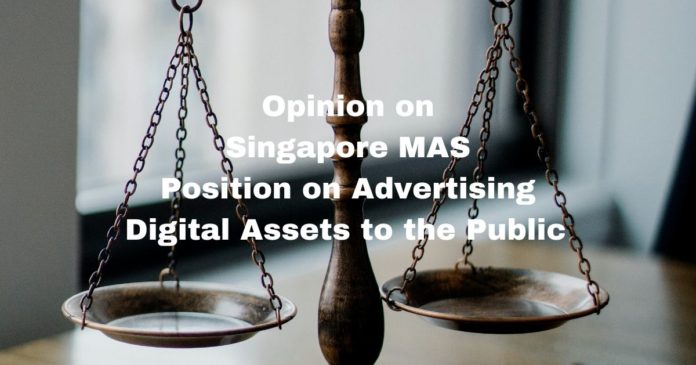 Digital Produced Tokens (DPTs) and Web 3 is at the nascent stage of its growth. Yet it has garnered huge interest from entrepreneurs, institutional investors, and stakeholders. That and deeper scrutiny by regulators.

Presently they are in an unregulated space with high risk and uncertainty to its operation and movement. The data and information can be wholly erroneous, inaccurate, or flawed. Information comes from those who have invested huge amounts in the products and have a vested interest in their continued growth. The information provided is often biased, influenced and subjective in favour of the product. That can seriously influence the common man on the street, and the public in general. This has been a great challenge to the regulators and Singapore has been at the forefront.

To meet the challenges of Web3, the rapidly changing landscape, mitigate the risks and retain the trust and stability in the financial sector, the Government of Singapore and Monetary Authority of Singapore (‘MAS’) has been acting diligently, cautiously, and yet very firmly. Any violation or effort to violate any provision by any Digital Payment Token Service provider has serious consequences.

Section 6 of the DPT read with Part 1 of the First Schedule makes it imperative for those dealing in DPTS to obtain a licence under the PSA.

‘Consultation Paper on Proposed Regulatory Approach for Derivatives Contracts on Payment Tokens’ under the Securities and Futures Act for derivatives contracts that reference payment tokens as underlying assets. Digital Tokens are mainly of three kinds:

Derivatives with reference to securities tokens were already regulated under the Securities and Futures Act. The paper opened the subject of regulation of derivatives referring to payment tokens as underlying assets, which were primarily Bitcoin and Ether. Payment Tokens did not include utility tokens which are used to access a good or service offered by the token user only.

In furtherance of efforts to regulate the DPTs, on 02.11.2020 Payment Services (Amendment) Bill 2021 was published, whereby the definition of digital payment token service in PSA was widened in order to regulate activities of virtual asset service providers required to be regulated under new standards adopted by the Financial Action Task Force (‘FATF’) on anti-money laundering and countering the financing of terrorism. Several other definitions were also widened and provisions were added to safeguard the risks involved.

Recently on 17.01.2022 MAS issued guidelines on provisions of DPTS to the public. The guidelines are an express notice to all the entities covered under the PSA, licensed or otherwise, to conduct themselves with the clear understanding that trading in DPT or Cryptocurrencies is not suitable for the general public. The public should not be encouraged in trading of DPTs, because of the high risks involved.

The guidelines make it incumbent on the DPT Service providers to refrain from placing in any form of advertisements or promotional materials in public areas such as public transport, public transport venues, broadcast media like promotional banners or pop-ad advertisements on social media platforms to general public or specific consumer segment, periodical publication, ATMs, third party websites, social media platforms, public events and roadshows in Singapore.

The guidelines, however, leave a window open to the service providers to promote their services on their own corporate websites, mobile applications, or official social media accounts. Thus, restrictions are specifically issued for a push of trading in DPTs in any form by the DPT service provider which may lead to infer public display, advertisement or promotion of DPTs and its trading for the public at large. Thus, any private level sale or one-to-one interactions are not being covered under these guidelines, leaving space for marketing in close groups.

Though they are guidelines and not strictly statutory in character, they have the force of law in as much as they are issued by statutory authority and must be strictly followed by those governed by them or those that they seek to regulate. However, it’s more like a public display warning, restrictions on the push model of advertisement, and malpractices of misrepresentation of PTDs as secure to DPTs. In our view and understanding, it also provides a clear indication that security tokens that constitute DPT and PTDs are covered under the registration and licensing process and need to be careful while seeking attention and funding in their business with disclosure of risks as required under regulations.

*Mr. Aruneshwar Gupta, the author is a senior Advocate in Supreme Court of India and is President of Web3 Legal, a division of Law Consults, India. 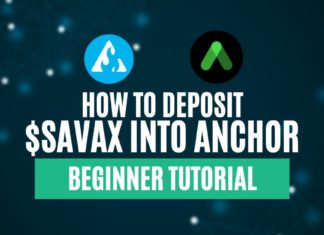 Lawrence Mike Woriji - May 6, 2022 0
Anchor Protocol is one of the many projects launched on Avalanche this year. Since then, Anchor has emerged as an amazing platform for $AVAX...