Swissquote Group Holding SA is a Swiss banking group that gives customers the opportunity to trade different assets. The group’s shares have been listed on SIX Swiss Exchange under the SQN ticker.

Users can now transfer crypto from external wallets to their accounts, and vice versa; they can also withdraw, deposit and trade cryptocurrency on the platform. The company has also cooperated with Crypto Storage AG to begin its new system.

It’s good to note that Bitcoin deposits (online banking) were accepted by Swissquote since early 2017. Later that year, the bank had added three other major cryptocurrencies on their online banking platform, Ripple, Ethereum, and Litecoin.

It is also good to hear that the bank group has recorded a 44 percent profit increase since they started working with cryptocurrencies.

Switzerland is now the second country after Seychelles that has a company listed in the national stock exchange which allows trading in cryptocurrencies.

Customers can deposit more or equal to 500 CHF on the platform without paying fees, however, for less than that there is a small fee. To be noted that there is a $10 withdrawal fee and a 1% trading fee. The withdrawal fee is only charged for Bitcoind and Ethereum transaction; for other cryptocurrencies is yet to be announced. The trading fee will be charged only for the transactions between 5-10000 CHF.

Swissquote planned on starting crypto trading in March 2019, however, the launch was delayed until now. 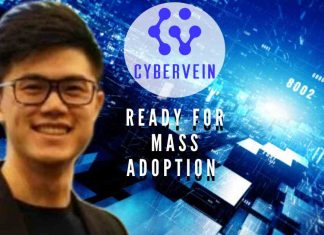 Deepika Garg - May 26, 2020 0
CyberVein, the first distributed ledger system that enables decentralized management of data is changing the way we trade, transfer, and interconnect data. In our...

Yes, Craig Wright Has Copyright. And Yes, It Means Nothing