Big news from the Asia-Pacific region as Zipmex cryptocurrency exchange gets licensed by Thailand’s Securities and Exchange Commission (SEC).

The exchange platform considers itself privileged, according to its co-founder Marcus Lim. As its one of the few exchanges that received this type of permission. The others reportedly include Bitcoin exchange, Bitkub online, Satang Corporation, and Coins TH Co. All in all, 20 firms applied for it.

The Zipmex licensing became official on the 20th of January 2020 after a long pursuit of about 12 months.

Akarlarp Yimwilai, co-founder of Zipmex and CEO of the exchange’s Thailand unit, in his statement, said that the licensing and regulation by the SEC helps provide trust to newcomers looking to enter the market.

Also, it already “opened doors” to partnerships such as the one with AEC. AEC is a securities public company in Thailand that specializes in securities, brokerage, and investment banking.

Besides, the cryptocurrency exchange also revealed members of its advisory board.

According to Mr. Lim, the core advisory team includes some of Asia’s most prominent finance and government leaders. He claims they played crucial roles in assisting Zipmex to navigate Thailand’s strict regulatory requirements.

Some of these board members include Dr. Sahit Limpongpan, the former chairman of Stock Exchange Thailand. As well as, Professor Dr. Yimwiliai, the vice minister to the deputy prime minister of Thailand. Also, Dr. Vichya Krea-Ngam, Corporate Affair Specialist of True Corporation Plc.

In a statement to the press, Dr. Sahit Limpongpan pointed out that an interesting age in financial history has commenced. He said that both the banked and unbanked will turn to digital currencies and securities as an emerging asset. He also expressed his happiness with the Thai regulators for providing a sound regulatory framework.

Importantly, in 2013, Thailand wanted to ban cryptocurrencies. But, the nation’s regulator ended up seeing the digital asset differently, with the first legal Initial Coin Offering (ICO) launched in October 2018.

In the meantime, exchanges like Zipmex have taken advantage of the favorable regulatory stance and set their sights on the opportunity in the region. Notably, Zipmex exchange plans to become a market leader in the Asia Pacific region by offering fast trade and high liquidity. As well as, insurance on the custody of digital assets and a broad choice of cryptocurrencies. 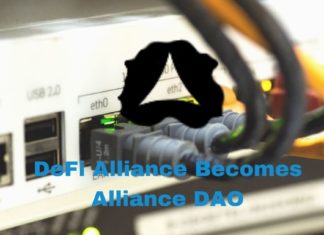 Martin Bilušić - January 14, 2022 0
A crypto-focused startup accelerator is turning into a web3-focused decentralized autonomous organization (DAO). DeFi Alliance, a web3 accelerator, announced yesterday that it would rebrand as...