According to news from Finance Magnates on June 23, a spokesperson for the Israeli police said that the brothers, Eli Gigi and Assaf Gigi, over the years have stolen tens of millions of dollars. The brothers are also believed to be responsible for several long-term crypto thefts by maliciously getting access to other users’ accounts.

Eli and his brother Assaf, allegedly built clones capable of stealing personal credentials of users on major online cryptocurrency exchanges. The clones also stole wallet details and sent them as links to phishing sites. The phishing sites were majorly on Telegram groups and other crypto-related communities. The brothers have also been accused of being responsible for the Bitfinex hack in 2016.

According to reports by cointelegraph, the stolen funds from the hack was moved early this month. Investigators noticed that the brothers allegedly operated mostly from the European Union and the United States. This subjects the case to investigations by several law enforcement agencies in several countries.

The police raided the brothers’ apartment and found a crypto wallet containing less funds than that believed to have been stolen by the brothers. One of the brothers, Eli Gigi, graduated from an elite technological unit of the Israel Defence Forces. The unit only selects youth with exceptional academic capabilities.

Cryptocurrency hacks on the rise

The increase in cryptocurrency hacks is quite alarming. Early this week, a Firefox zero-day security flaw was used to attack Coinbase, a major crypto exchange and wallet service provider. The flaw was allegedly combined with another zero-day flaw aimed at Coinbase employees. According to Philip Martin, Coinbase security researcher, the exchange was affected by the flaw but he pointed out that the attacks were not only aimed at Coinbase, though there were no evidence to show the flaw targeting other exchange customers. 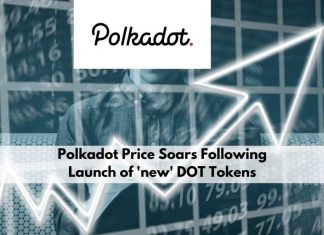 Racheal - August 27, 2020 0
Polkadot, a popular Web3 Foundation project known for facilitating the building and linking of blockchain have recently redenominated its DOT tokens. Following the redenomination, the...