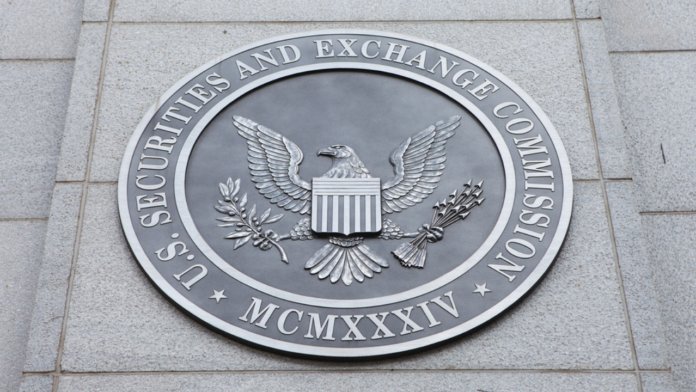 It was reported in a memorandum from the SEC that members of VanEck, SolidX, and the CBOE BZX Exchange met with the U.S. Securities and Exchange Commission (SEC) on November 26th. Their discussions were centered around the proposed Bitcoin ETF proposal.

VanEck has tried many times in the past to get a Bitcoin ETF passed but the latest, proposed in June 2018, seems to have the best chance at being passed (we hope). This ETF is a physically backed ETF that is planned to be listed on the CBOE’s BZX Equities Exchange.

The talks were mostly about Bitcoin being mature enough to support an ETF and comparisons between Bitcoin and gold, silver, and oil, all of which (besides Bitcoin) currently have an ETF. They went on to further argue their point that the price of Bitcoin is no more susceptible manipulation than any other commodities.

“The linkage between the bitcoin markets and the presence of arbitrageurs in those markets means that the manipulation of the price of bitcoin on any single venue would require manipulation of the global bitcoin price in order to be effective … Bitcoin therefore is no more susceptible to manipulation than other commodities, especially as compared to other approved ETP reference assets.”

It is worth mentioning that this presentation came one day after SEC chairman Jay Clayton voiced his concerns about market manipulation in his talk at Consensus Invest 2018. 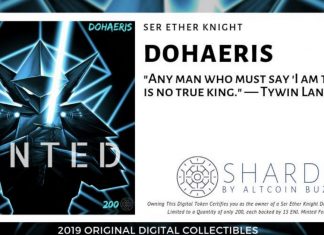 Sebastian Ifversen - April 6, 2019 6
Our Ser Ether Knight Dohaeris Collectible Giveaway is over. We have selected the best comments from the Altcoin Buzz Youtube Channel. Did you win? Find...

Why the Real Shortage in Bear Markets Is Crypto Liquidity?