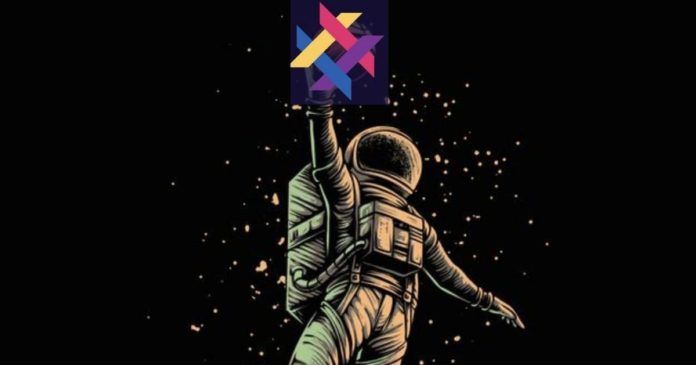 LowOrbit.Finance quickly earned the popularity of being one of the coolest projects in the crypto space. It is evident from the fact that the project reached its presale hard cap within 15 seconds (300 ETH). Built on Ethereum blockchain, LOCC protocol employs simple yet powerful functions that promise to reward the LOCC token hodlers every 60 mins. Interestingly, LOCC is a deflationary token with a super low supply and stands designed and owned by the community.

The project is in the early stages of development and recently completed a successful Initial Liquidity Offering (ILO) on Unicrypt on May 12, 2021. Currently, the $LOCC tokens are tradable on Uniswap.

The total supply of $LOCC remains fixed to 1000. All 1000 of the minted tokens will remain in circulation. However, out of this total supply, 5% of tokens (50) remain allocated to the team wallet dev funds and another 5% to the marketing growth. The remaining 900 were used in the public presale and added over the Uniswap liquidity (this remains locked for 1 year).

A look at Coinmarketcap reveals that while the maximum supply is 1000, the current total supply is 968 because of the token burns. Basically, that means 32 $LOCC tokens have been burnt till now.

As discussed in the above pointer, $LOCC is a deflationary token. Moreover, this means whenever a transfer occurs on the $LOCC token (over Uniswap or any trade occurring on the ERC-20 asset) 5% of the amount stands burned from the supply.

However, there is a limit of 500 $LOCC burned. Actually, this prevents the supply from going to zero at any given point in time.

Interestingly, the innovative pulsation engine starts to power up and starts loading itself with the tokens collected from the pulsation fees. Approximately, after 276 ETH blocks or 60 minutes, this entire pulsation fee collected over time stands rewarded to a $LOCC holder.

However, to earn these rewards, the hodler needs to stake a minimum of 0.055 $LOCC in the Low Orbit Propulsor Contract. Basically, this is the contract that accumulates the fees from pulsation waves. Basically, any hodler with a minimum stake of 0.055 $LOCC can become a part of the next pulsation wave which has an approximate duration of 276 ETH blocks. Furthermore, the contract stands designed to automatically select one of the holders who is then sent into an Orbit and receives the entire generated fees.

You can witness the exciting process of an astronaut launching in space in real-time.

Interestingly, the stunning website visuals depict the propulsion happening in real-time as the entire site begins to shake and the viewer can see an astronaut (the staker) shooting into space.

The Uniswap liquidity of $LOCC remains locked for a year. Moreover, this adds to the scarcity of the $LOCC tokens and adds to its value.

60% of the funds raised is locked on Uniswap for LP for 1 year. Proof: https://t.co/ABKPuPSvVW

On May 5, 2021, RD Auditors conducted a thorough smart contract code review and security analysis. According to the report, the LOCC’s solidity smart contract is “Well-secured” and no issues were identified during the audit.

What do you need to participate in the next propulsion wave?

To stand a chance to win the entire fees of the next propulsion draw one requires an Ethereum-based wallet like MetaMask. An astronaut (staker) can stake 0.055 LOCC into the propulsion contract. Once this is done, the your MetaMask wallet address will be a part of the contract and from here your wallet address could be selected in a random draw to be sent into an orbit. However, by doing so, your Ethereum wallet automatically becomes a lottery ticket for life.

At the time of press, the $LOCC token is trading close to $1,147 and the total market cap is over $1.14 million. The super supply, low market cap, and deflationary nature add immensely to the scarcity of the token. This makes $LOCC a token worth keeping an eye on. Find out more about this project here.