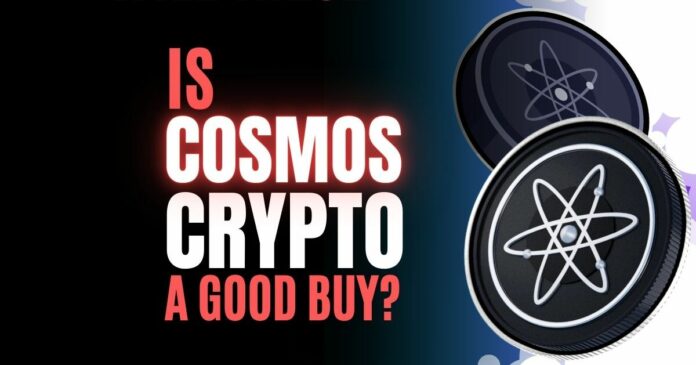 The Cosmos ecosystem has gained lots of attention over the last few months. So, it comes as no surprise that internet users are curious about the network. For a start, Cosmos is dubbed the “internet of blockchains.” This tag shows the huge potential it wields. But there’s more to Cosmos than mere hype.

Besides Ethereum and BSC, Cosmos has one of the largest blockchain ecosystems. It has an expansive list of interoperable and independent blockchain apps. The Cosmos crypto is a heavily decentralized network of parallel, and sovereign, blockchains, powered by a BFT (Byzantine Fault Tolerance) consensus algorithm known as the “Tendermint Core.”

Cosmos is popular amongst developers. The Cosmos SDK (software development kit) allows developers to build their blockchain apps in their preferred programing language. Interoperability is one of the strong points of the Cosmos ecosystem. Despite featuring multiple applications, platforms on the network can easily exchange value, all thanks to a set of dedicated tools.

If you have #coding experience and are curious to join the #Blockchain space, check out the Interchain Developer Academy.

For example, the Inter-Blockchain Communication (IBC) protocol makes it easy for these parallel blockchains to exchange data and values. The Cosmos Hub connects everything in the ecosystem. The Hub also acts as the core relay chain that aids developers in building unique apps in a modular approach.

In a nutshell, the Cosmos Network aims to remove obstacles between different blockchain networks and make it simple for developers to create interoperable blockchains. The ATOM coin is the cryptocurrency that powers the Cosmos ecosystem.

The Interchain Foundation, which backs the Cosmos ecosystem, held a two-week initial coin offering (ICO) of the ATOM token in 2017, raising over $16 million. Cosmos currently hosts blockchain projects such as Crypto.com, Terra, and the Juno network. It also boasts over 49 blockchain-based apps and services, 28 of which are IBC enabled.

As mentioned earlier, we found lots of internet questions about Cosmos crypto. Our earlier piece addresses key parts of the network, including its operation and tools. Now, let’s provide new answers to other questions.

Yes, based on ATOM’s price prediction and prior performance, the coin may reach a price of $30 this year and be a wise investment. However, Cosmos is more than just a link between blockchains; its features provide it with a competitive advantage.

Like any other cryptocurrency, ATOM has had its fair share of volatility. Since its emergence in the market in 2019, ATOM has been on a swing, featuring high and low moments. However, 2021 showed good signs for the coin. The success of the ATOM token is hugely hinged on Cosmos’s growth and popularity. And so far, Cosmos is not slowing down any time soon.

According to a price prediction by Gov Capital, the value of a Cosmos coin should be $39.46 within a year. The site’s Cosmos price prediction for 2025 suggests that ATOM should surpass $100 in July of that year. According to the website, the coin might go up to $236.72 in five years. We advise you to do comparative research, observe its trends and patterns, and see if it suits your portfolio needs.

In addition to having smart contracts functionality, Cosmos offers a safe and highly secure system of trading and transaction without intermediaries. So far, the Cosmos ecosystem appears safe. But, nothing is set in stone in crypto.

The Cosmos ecosystem is expanding very quickly. And several projects have been launched to leverage its features. Some popular projects on Cosmos are:

Cosmos and Polkadot are two projects working towards blockchain interoperability and scalability. They seek to provide services that can link to several chains and make them easy to use. However, both platforms differ in many ways.

Polkadot is a multi-chain network that seeks to connect blockchains. It accomplishes this through parallel chains, often known as “parachains.” Polkadot’s network can handle up to one million transactions per second and has over 100 chains.

"Polkadot is basically a meta platform for developing your own blockchain. The idea is that there's no single solution to solve all problems, so it allows developing blockchains which can be specialized for some specific purposes."-@BillLaboon of @Web3foundation.

How Do They Differ?

Their model is another differing point. Polkadot uses a sharding model where each shard has an arbitrary Strate Transition Function (STF). Notably, the STF is accessible in the Web Assembly (Wasm). Shards in Polkadot are known as “parachains,” which are separate blockchains. Relay chains validators are responsible for verifying blocks submitted by parachains.

The main blockchain is then notified of the transaction. However, it should be noted that both the mainchain and the parachain are still in their current states. So, any modification to the parachain has an impact on the entire Polkadot ecosystem.

On the other hand, Cosmos uses a bridge-hub model to connect the Tendermint chains. The entire network can consist of several different groups of hubs, each of which is connected to a different blockchain known as Zones. Unlike Polkadot, zones must manage the consensus mechanism with decentralized validators.

Both projects also differ in their architecture. In Polkadot, the relay chain operates as the main chain, and validators operate in this relay chain. The collators in the parachain aid in the creation of new blocks. However, they do not secure the transaction. So, Polkadot avoids paying for network security and, as a result, has cheap transaction fees. Furthermore, the two-way compatibility provided by the Polkadot architecture enables seamless interaction between parachains.

As mentioned earlier, the primary chains in the Cosmos network are referred to as “hubs.” Other connecting blockchains are referred to as Zones. Since each zone has its own validator community, the potential for network security is increased—the IBC protocol on Cosmos powers the zone-to-zone communication.

The Hub is in charge of managing the multi-token ledger, while the zones are in charge of keeping an eye on the Hub and its validators concurrently. However, the Hub cannot track the zones.

Is Cosmos Crypto Worth Buying?

The ATOM coin is a good investment based on its history and expert prediction. But, it is important to note that, like all coins, ATOM is prone to volatility and market trends.

Click on the following link (as per your location) to avail the benefits.
Binance Global
Binance US
For more details visit*: Binance Sign Up Offer Page. *Terms & Conditions Apply
Disclosure: Altcoin Buzz may receive a commission, at no extra cost to you, if you click through our links and make a purchase from one of our partners. 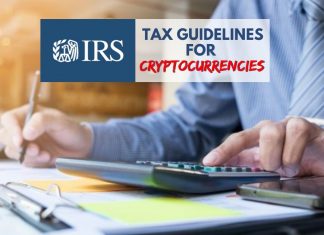