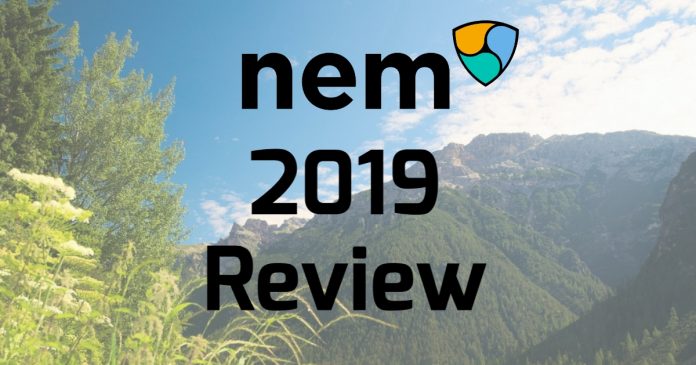 Awesome new products and services are being developed that continue to push the crypto space forward. Onward we march together into a new economy backed by the blockchain.

In this review, we will be taking a look at NEM (XEM) and answering a few key questions.

Fundamentally, a blockchain is a protocol – just like the TCP/IP [communication protocol] that governs the connection of computer systems to the internet. According to Jeff McDonald of the NEM.io Foundation, it is the governance (eg., rules that prevent “double-spending”) within a protocol (blockchain) that make it so powerful. When compared to the original Bitcoin blockchain, we can see that NEM has its own unique approach to governance. The “quick and dirty” description for this second-generation blockchain, given on CoinMarketCap, is as follows:

NEM (XEM), which stands for New Economy Movement, is a dual-layer blockchain that is written in Java and launched in 2015. The NEM mainnet supports multiple ledgers and has a NEM Smart Asset system, where nodes on the NEM blockchain process API calls. Its native currency is XEM, [which] is ‘harvested’ using its POI (Proof-of-Importance) algorithm. The ‘importance’ of NEM users is determined by the number of coins they have and the number of transactions associated with their wallet. NEM also has an encrypted P2P messaging system, multi-signature accounts, and an Eigentrust++ reputation system.

NEM’s max supply is 8,999,999,999 XEM. To deal with inflation, all existing XEM were created at launch and immediately put into circulation. The tokens were originally distributed to approximately 1,500 unique individuals to promote a “fair distribution.” Nodes can run on micro-computers (requiring less than 5 watts to operate). Transaction fees go to nodes that support the network. The XEM token has seen all-time highs at $2.09 USD, lows at $0.000079 USD, and is currently trading at about $0.09 USD.

What makes this project unique?

NEM’s consensus algorithm is named Proof of Importance. This POI algorithm does away with expensive, energy-intensive mining operations and replaces it with a more efficient system. It looks at the amount of XEM in your wallet, how long it’s been there, and the quality and number of your transactions. This is a very ingenious and utilitarian alternative to PoW and PoS methods.

Like Bitcoin, XEM tokens are capped at a specific number. The difference is that the total supply has been in circulation since day 1, and we will always have 8,999,999,999 tokens in circulation – it will never change. This means there is no “mining,” there is only nodes verifying transactions (and maintaining the integrity of the blockchain).

The unique architecture of the NEM blockchain, the consensus mechanism, and the approach to inflation are the key points that separate NEM from other blockchains. Tron, GoChain, and IOST all have similarities to Ethereum (and each other) in various ways, but NEM was built from the ground up using modified blockchain concepts (ed., “reputation systems”) coupled with already existing programming languages.

What are their latest updates?

For the month of May, we can watch the recently published NEM Foundation AMA with Alexandra Tinsman (President of the NEM.io Foundation). She covers some questions brought up by the community and shares an overview on her expectations for the future. For me, the key takeaway points were:

Catapult is the name of NEM’s new core engine. It focuses on improving “scalability, but will bring overall improvement to the NEM platform.” For example, this upgrade will allow Mosaics to be independent of Namespaces; and in this situation, Mosaics without expiration dates could exist. Instead of the organization being segmented into regions, they are now broken down into more pragmatic segments that focus on common goals. Withstanding the financial challenges, the Foundation is now looking at bringing aboard a Chief Revenue Officer to focus on improving the profitability of the organization.

Honestly, I’ve never really given much attention to NEM. After this review, however, I am impressed with the ecosystem and believe they still have great potential going into the future. They appear to have an active community, and I like the way the harvesting system is implemented. The harvesting system seems interesting; because rather than voting for a Super Representative on Tron, for example, our wallets themselves can receive transaction fees from each block. The more tokens you hold in a POS or DPOS system, the more tokens you earn. This allows the “rich to continue being richer.” With NEM, users should hold tokens AND participate in the blockchain activities. I believe this promotes a fair ecosystem. I am interested to see the release of Catapult and NEM’s future developments. 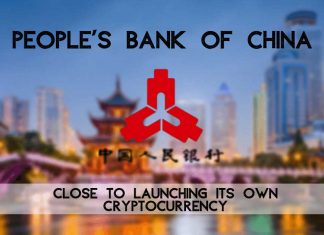 China’s Central Bank ‘Close’ To Launch Of Its Own Cryptocurrency

Robert Patrinjei - August 13, 2019 0
People’s Bank Of China (PBOC) is close to launching its own cryptocurrency which aims at replacing cash in circulation. For those who don’t know,...

Can Ethereum’s Price Rise Above $2,000 After Merge Event?