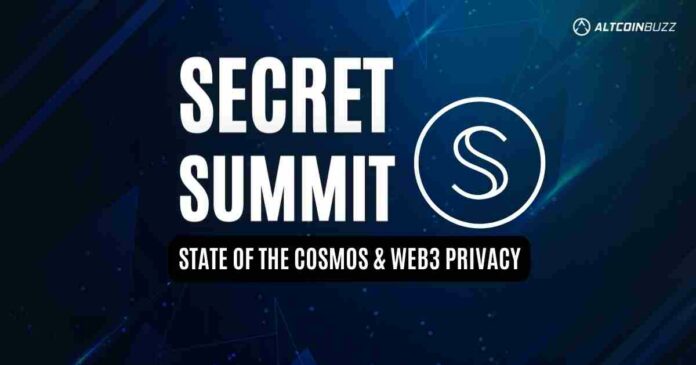 Privacy and self-custody are becoming popular themes again in crypto after the bad actors in recent months. Many had forgotten how important these concepts are while chasing yield. Yet, for some crypto natives and projects, these themes have always been important. One of those projects is the Secret Network. They are bringing privacy to the blockchain and smart contracts. Yesterday, they had their first-ever Secret Summit.

The Secret Summit opened with The State of the Secret Network. We cover that important talk here in this article. Now we will focus on the 2 biggest panels of the conference:

These talks were terrific with real builders in Cosmos telling us what they are seeing every day. So let’s take a look at what they had to tell us.

The State of the Cosmos Ecosystem

This panel was terrific with some real Cosmos OGs on board. The panelists were:

So you see this is a group of serious early contributors to the Cosmos Hub and its ecosystem. Here’s a summary of the panel discussion.

Q1: Define what Cosmos means to you

DT: To me it’s an extended and connected ecosystem

EB: It’s a philosophy and political economy based around interoperability

ZM: It’s not just a philosophy, now things are more practical and grounded in reality. It’s a culture

JZ: It’s a design pattern based on modularity and interoperability

So you see in these answers they are all thinking big about what Cosmos is. Modularity is a theme we are seeing more of too where chains don’t feel the need to control every part of the process

EB: the ability to communicate, both with other people and with technology

Q3: What is the state of governance in Cosmos?

JZ: Right now, it’s shareholder-style voting with tokens. And we are starting to hit the limits of what that system offers

ZM: I wouldn’t call it a failure just yet but the current system of governance is not scaling.

DT: A positive I am seeing in governance is the formation of committees to work towards certain goals. They can be independent of both projects and the Cosmos Hub and be effective.

Q4: What is the role of privacy in Cosmos?

DT: It’s critical. The question we need to ask ourselves is ‘How can we do more?’

JZ: It’s absolutely necessary for a open digital society. We need it to get to greater adoption for blockchain too. We should be adding more privacy aspects to the Cosmos SDK (Software Development Kit that developers use to build out their own chain on Cosmos).

ZM: Privacy is necessary to scale. More privacy will be necessary to bring real world assets into blockchain especially since those assets will bring regulatory questions and issues with them.

You can see from this talk that the group did not shy away from giving tough answers to big picture questions and painted a realistic view of aspects of Cosmos like its governance. Many view Cosmos governance as a success so far because everyone gets a say and gets to vote. It’s also helped Cosmos become MUCH more political.

With Web3 and the chance that we can own and control more of our data, privacy becomes a more attainable goal. This talk has many of the crypto leaders in privacy including:

If you are a privacy lover and know anything about the fight for privacy especially with encryption and fighting software back doors, then you will want to see this talk for yourself starting at 1 hour and 44 minutes.

JA: No, not if nothing is at stake for them. The one exception is financial activity. That’s one area where most people don’t want their personal business known to others

JS: Yes, but we need to constantly reinforce why.

HH: People would care more if they knew exactly how much of their data leaks and to where (Amen Harry)

Josh told an interesting story here when trying to show how we need to reinforce why privacy is important. He told a story where a young developer came to him and said his mom doesn’t care about privacy (even knowing her son works at ZCash) but she is concerned about phishing and scams. Josh further describes that the reasons why phishing is so much more effective now is because it’s personalized and with your data when they email you of some false issue that exists. And they can only do this because your information is not private and it’s been leaked or hacked into by others.

FE: I’ve noticed a big difference in both people wanting it and in advancements in privacy tech in the last 6 months

HH: I am seeing an advancement in DIDs (decentralized digital identifiers) and I see this as a big problem. I see this as the opposite of privacy. If you get a fixed DID, then it can be tracked everywhere and it’s not long before they can track it to you.

JS: Governments will continue to overreach and we will need privacy if we want true censorship resistance.

HH: I think zero-knowledge proofs and multi-party communication (MPC) are going to be huge technologies for us. They will help counter the big negative effect of the Tornado Cash stuff

Q4: What are your thoughts on Tornado Cash?

JA: It’s evidence we need to positive use cases for privacy.

FE: This shows us that regulators will not go after companies but individuals. This is important for us to understand as developers of privacy tech

JS: We need to work towards auditability where you decide what and how much you want to reveal to the public.

There was way more in this talk than I could get here in this article and the discussion was very intense. While all agreed on the importance of privacy, how to get there was very different for each panelist.

Starting at 1 hour and 44 minutes you can catch this talk by clicking on the YT link above. We hope you enjoyed this summary of 2 of the most important discussions at the Secret Summit. 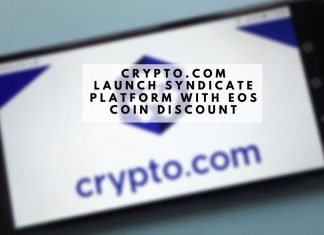 David Abel - December 5, 2019 0
Crypto.com is premiering the Syndicate platform that lists the EOS coin. Recently, Crypto.com announced the launch of its exchange that is purportedly the most liquid...