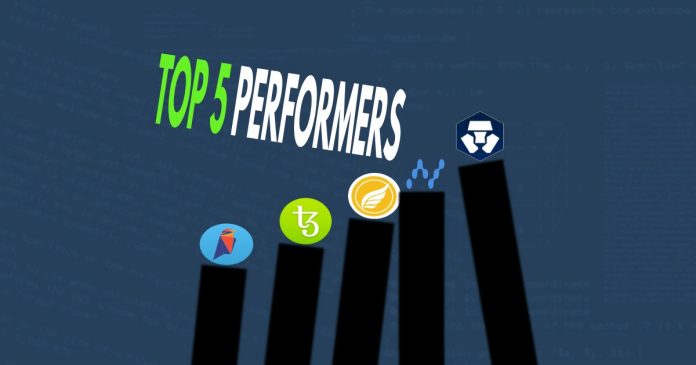 We had a look at the top 50 cryptocurrencies in terms of market cap and we found the five altcoins that have been doing best pricewise in July.

Crypto.com Chain(CRO) is the biggest gainer of the month with a price surge of around 179%.

Crypto.com is a strong project with a low token supply and that’s what traders love the most. The coin started pumping short after a giveaway was announced on the second of July, continuing with the U.S launch and the possibility to earn crypto with their crypto-earning feature within the U.S. The price continued to move due to the announcement that Crypto.com’s CEO is a panelist in the largest tech conference in Asia, and due to a new roadmap released within the same day. Exchange listings also most likely contributed to the price surge before there came a correction. It seems to be doing pretty well now.

The next gainer on our list is Nano with a 68% increase in price.

I believe that Nano surged due to a meetup in London on July 16, and due to the qtrade.io listing that followed the next day. Qtrade is a U.S. based exchange.

Egretia has made its way on to our third spot on the gainers’ list with a bag punch of around 56%.

For those who do not know much about Egretia, EGT brings a fun and easy way to build dApps via HTML 5. They also plan to bring some tech-related platforms. The price moved due to a HUOBI listing on the 10th of July and the price has been pretty stable ever since.

The fourth gainer is Tezos with a 51% price increase. XTZ has been a great performer in the previous weeks and it still has a good price reaction.

I found some announcements regarding a competition, a sponsorship, and a ledger update on the 1st of July; these seem to be the news that pushed XTZ’s price up. Tezos is always bringing announcements and that can be seen on the charts.

The last, but not least, Ravencoin with a price spike of around 50%.

A meetup announcement seems to be what moved RVN, and the price continued to move due to exchange listings and further updates.

All the projects I have mentioned above seem to be working really hard to push the development further in order to archive adoption, and we can definitely see that on the charts. It’s important to mention that these altcoins have been doing really well since the bull run started. 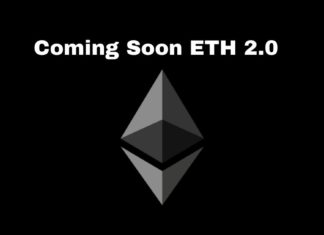 David Abel - November 30, 2020 0
Crypto and blockchain services Messari and Bison Trails are offering to take a look at one of the most ambitious projects in the crypto-verse:...