Zcoin is a cryptocurrency project based on decentralized blockchain technology just like Bitcoin. While retaining all the characteristics of Bitcoin, it ensures full anonymity and security of the user transactions.

With that, Zcoin solves a primary weakness of Bitcoin. It addresses the lack of privacy assurance that exists in Bitcoin 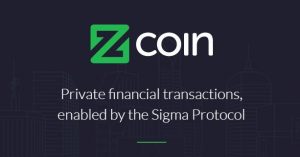 In this review, we will cover the project, its latest developments and where it is heading in 2020.

In Zcoin Project Steward Reuben Yap’s words, the project supports financial privacy by allowing people to destroy the coins they hold. And these can be redeemed for new ones using the previous transaction history. However, no user coins can be used to trace the transaction history as it masks the user’s identity.

In the traditional banking system, all financial transactions are not open to the public. On the contrary, the transactions on blockchain like Bitcoin and Ethereum are open to the public and transparent. What this means is that the history or movement of every coin is permanently recorded on the blockchain, available for anyone to view. This means that when you pay someone, you are potentially revealing how much you have, earn and also your previous transaction history.

Zcoin aims to solve the privacy problem by allowing users to wipe the history from their coins so they appear like freshly mined coins. Unlike other privacy protocols that rely on hiding in a crowd tactics, Zcoin’s innovative privacy protocol makes coins disappear from one address and then at any time in the future, coins can appear in another address without revealing its source.

Zcoin users can send and receive coins discreetly as the project enforces zero-knowledge proof. In 2019, Zcoin deprecated its Zerocoin protocol that was used from 2016 to 2019. It executed the coin burn and mint cycle, erasing all the previous transaction tracks. The Sigma mainnet then went live in July 2019. With this, it removed the trusted setup from the original protocol.

In April 2019, the Zcoin team identified a fundamental flaw with the Zerocoin protocol. But they worked quickly enough to replace it with Sigma, thereby protecting the credibility of the project. Moreover, the Sigma upgrade has immensely improved the scalability of Zcoin. The proof sizes are now 16x smaller than the earlier Zerocoin protocol.

Zcoin also protects transactions on a network layer using Dandelion++ technology, which bounces the transaction secretly among various nodes before broadcasting it to the public which prevents an IP address from being tied to a transaction.

To take advantage of Zcoin’s privacy features, users need to mint Sigma coins. And for that, they need to burn Zcoins.

For a user to spend the Sigma he minted, he needs to wait for about 30 minutes. Currently, one can only choose a denomination of 0.05, 0.1, 0.5, 1, 10, 25, and 100 to mint Sigma coins. However, this process of picking the right denominations are automated from the wallet.

In April 2019, the Zcoin team unveiled the plan for a new protocol called Lelantus which is set to go live sometime this year. This uses Sigma as a building block and targets to enhance privacy further. Once Lelantus is live, the users will be able to burn an arbitrary amount of Zcoins removing completely the need for fixed denominations. Lelantus will also support partial redemption of mints to improve privacy. Even better, Lelantus also will allow in the future the right to pass the right to redeem Sigma coins to a third party.

Even projects like Monero are eyeing Lelantus as a possible scaling solution for Ring signatures. Beam, another privacy coin also has confirmed that it would be using a modified version of Lelantus to solve the potential privacy drawbacks of Mimblewimble.

Meanwhile, after the Sigma release, minting has become easier. The wallet automatically remints change to prevent privacy leaks users can now remint, and with Sigma, the process of picking denominations is also automated. 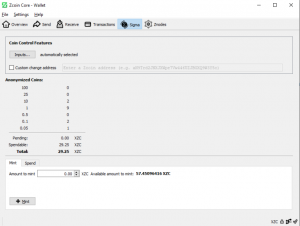 Zcoin has partnered with multiple platforms to place Zcoin as a daily use currency.

The project has partnered with Travala where users can spend Zcoin while choosing from 2 million accommodations and booking these across the globe.

With the Constant P2P platform, one can now use the Zcoins as collateral. There is also the option to take out stablecoin loans or cash at reduced interest rates. The Plusbit App serves as a physical point of sales that accepts Zcoin.

By integrating with Thailand’s PromptPay QR code system, Zcoin has also become a spendable asset with millions of merchants.

In 2018, Zcoin replaced its Lyra2 mining algorithm with Merkel Tree Proof (MTP). The MTP is capable of combat attacks by a cheater using botnets, FPGA, GPU, and ASICS.

Zcoin mining has been quite profitable for GPUs. And in 2019, it released new open source miners for AMD and Nvidia. It is also running a forum where discussions regarding the mining algorithm change take place.

The computers that are capable of hosting a full copy of Zcoin’s blockchain are known as Znodes. These nodes help validate the transactions on the blockchain and make the network reliable. Currently, each Znode requires to stake 1,000 Zcoins as collateral.

Znodes receive a fixed amount of the block reward, which is currently 30%. It is the number of active nodes that determines the frequency of the block payouts. Incidentally, Znode does not support node sharing.

Currently, 9.8 Million Zcoins out of 21.4 Million are circulating in the market. And it holds a market dominance of 0.02% with a market cap rank of #94.

The major update we foresee is Zcoin’s next-generation protocol, Lelantus, going live. We discussed earlier how Lelantus enhances the privacy and efficiency of Zcoin. With Lelantus, the platform will be capable of supporting direct anonymous transactions. Offering a high level of privacy will allow users to redeem new coins to third parties.

With deterministic Masternodes, the Znodes will be tied to on-chain data, ensuring higher payment reliability. Additionally, it will use the BLS signature scheme soon to secure and scale instant sends and Chainlocks using Znodes.

Another major milestone for 2020 happens to be the Sigma Privacy support to the tokenization platform – “Elysium”. As the transactions on Elysium will be executed using Zcoin, it will propel the demand of Zcoin.

By the end of 2020, the Zcoin wallet will have the swap functionality. As a result, the users will be able to anonymously swap other cryptocurrencies in or out of Zcoin.

Working with the active community, the Proof-of-Work algorithm will possibly change. It might be replaced by ProgPOW, RandomX or an improved MTP.

After the successful launch of Lelantus, the team plans to launch another privacy protocol, Aura. The new protocol will be targeting higher performance and further enhancement of privacy.

Zcoin also intends to break the silos between Zcoin and other blockchains. With this, the other blockchains would be able to create an Elysium equivalent asset and use the privacy advantage of Zcoin. Soon, the team will develop more ways to allow other blockchains to use features of entire Znode networks.

Further, there are plans to build a fully native Lelantus Mobile Wallet as a modification of the Sigma privacy wallet.

Indeed the team is working with a highly futuristic outlook. As the threat of quantum keeps hovering around the crypto space, the team continues to research into quantum-resistant schemes. And it plans to implement the building blocks of their privacy protocols that can resist quantum computers.

According to Yap, the team intends to build a useful coin rather than a coin for investment purposes only. And it seems they are right on track. 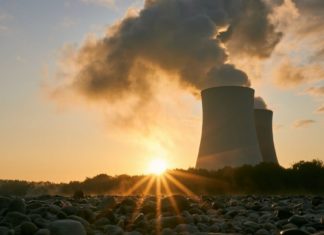 Martin Young - July 16, 2021 0
There has been a lot of negative sentiment towards Bitcoin and crypto mining this year due to its energy consumption but greener options are...