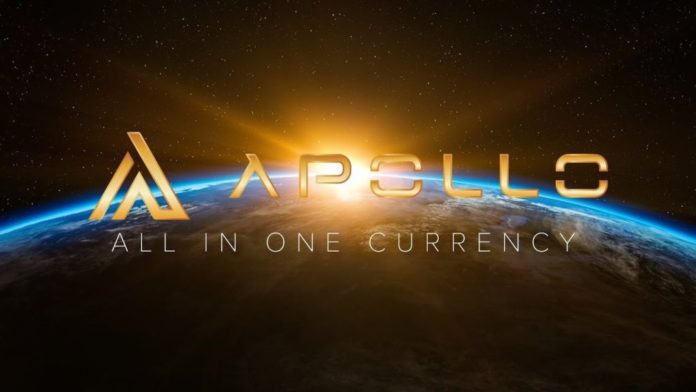 As of late, The Apollo Foundation has made tremendous leaps towards dominating the crypto space. The recent move by Apollo adding the infamous John McAfee as the chairman is a major statement to anyone who is familiar with privacy. Adding to the big move, Apollo has Hermes planned to be released in November 2018. Not only will it be the fastest, but also the most secure, feature filled, and user-friendly network to date.

When looking back at the roadmap Apollo has laid out, you see that they’ve met all promises, overcome all challenges, and continue to be a threat to veteran projects. The Apollo Foundation took a courageous blow by declining to list on the well known HitBTC after being delayed in listing and multiple complaints against the exchange. By choosing to stand up against corrupt exchanges the Apollo Foundation has caused a wave of investors to withdraw and put there money elsewhere. Moving forward Apollo plans to continue to thrive. What is going on in today’s world is revolutionary and the members of Apollo see the change and are being the first project to make bold moves.

What is the all in one idea you may ask? Having started from NXT, a proven cryptocurrency, the Apollo Foundation continues development having the goal of being the first all-in-one cryptocurrency, innovating and incorporating every ability that could be beneficial in a digital currency, all combined in a single decentralized platform. There is no telling what the future holds for The Apollo Foundation, but we can see that it will be promising to say the least. Apollo has SO many features to offer!

Coin Shuffling-With coin shuffling you can send a transaction and rearrange the balance shown in your wallet making it impossible to know what any has in their wallet.

I.P Masking- When you are connected to the internet or using a form of server connection, you have what they call an I.P address which can be traced to your current location. With this feature, you can make your I.P address completely invisible leaving you with peace of mind about your location and your time on an internet connection.

Encrypted Messages- With this feature, you can send a message as well as receive a message completely private. By using Apollo’s Olympus protocol your location is masked with I.P Masking. You can also send files to one another under complete privacy.
Possible use cases: Private, personal or business Communication,  File Transferring with privacy and more.

Voting-The Apollo voting system allows you to create polls amongst friends, public or private voting with ease of use.

Possible use cases: Voting in elected officials, voting for an event or simply voting with a group of business partners. So many possibilities with this feature.

Decentralized Marketplace-The decentralized marketplace allows the user to buy and sell products under a secure platform.

Possible use cases: the selling of personal goods, a platform for business owners to sell, buy items of interest.

Hermes- A cutting-edge two-second transaction speed protocol! With this protocol, you can make a transaction faster than ever, as well as having the peace of mind about privacy. Not only will the Hermes release(4th quarter late November 2018) be history making, but also revolutionary for the people. The days of waiting days to be able to handle business, help a family member or simply send money to a fellow friend are coming to an end. Generating blocks at two seconds or less is faster than the well known XRP!!.

The features above along with so much more are what make Apollo the only all in one Cryptocurrency to date!.

Please take the time to see the comparison charts below ?. 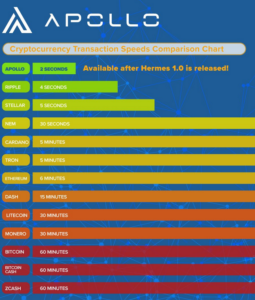 In conclusion, The Apollo Foundation has put forth so much time, energy and resources into making the most feature rich project to be usable by anyone on earth. When you look back at recent projects you can clearly see why Apollo is such a game changer and will be ahead of the game as they continue to move forward in the future. Visit Apollo and check out the team along with the Fan Store @ www.apollocurrency.com 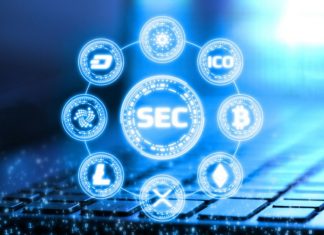 The SEC Goes after The Popular ICOrating Website in Search of...