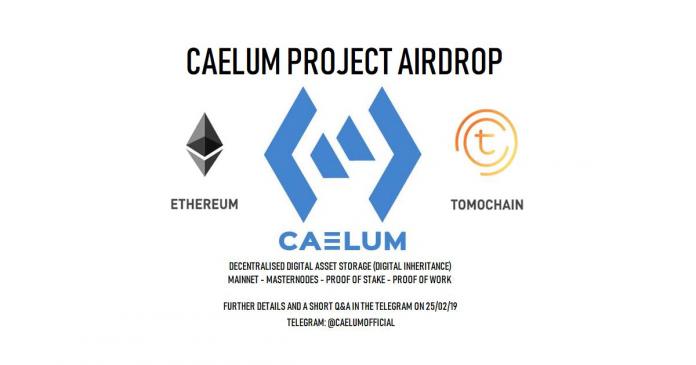 Hello, my name is Dan and have known of Caelum’s lead developer Skippy Brussels and his work since early 2018. When I heard last summer that he was starting a new project, I quickly joined the chats and have been a part of the Caelum community ever since.

The name Caelum is derived from the Caelum Supercluster, the largest collection of galaxies known today. In the cryptocurrency sphere, $CLMP will be the currency to fuel a series of projects under the all-encompassing umbrella that is “Caelum Project”. Currently, the project has created “The Caelum Token” or $CLM, which is an ERC20 PoW/Masternode hybrid token. The team is lead by Skippy Brussels who is now looking to take Caelum Project to the next level and move the project to its own Blockchain.

The Caelum Project’s existence is driven by a desire to improve the cryptocurrency scene we know today and keep innovating to help increase mass adoption. The crypto industry is plagued by thousands of copy-paste works which add nothing of value to the overall cryptocurrency scene. Many projects out today seek only profit, revenue or financial benefits for themselves and/or their investors. Caelum aims to stand out from the crowd, as an innovator and significant contributor to improving the overall image of cryptocurrency. A proof of concept for the Decentralised Digital Asset Storage Solution (Inheritance of Cryptocurrencies) has been created, and the testnet has now been shared publicly, as well as further details on the thinking behind the move towards its own blockchain.

As part of the mainnet launch, it has been decided that in order to gain exposure, interest and raise awareness of what Caelum Project aims to do there will be an Airdrop, as well as run a sale of some sort to raise funds for future exchange listings. The proposed airdrop ratios for current holders are outlined below:

While the original plan was to build on Ethereum and use a series of smart contracts to create utilities for the $CLM Token, it faced potential issues with regards to network congestion and network fees. On the 25th of February, Caelum Project revealed details of its progress towards its own blockchain by sharing the testnet.

The blockchain will use TomoChain as the codebase, which itself is based on Ethereum. Skippy is an admirer of what the folks at TomoChain have achieved so far, the stability of their network, and their high TPS. Over time, the chain will be adapted to better suit the needs of the various planned use cases, but it will still retain all the functionality and compatibilities with existing tools already developed for Solidity based projects.

The vast majority of Tomochain features will be retained, such as the Masternode setup and PoSV. Key differences will be lighter VPS requirements to host a Masternode, and most interestingly, miners will be able to mine $CLMP via an EIP918 smart contract.

As mentioned above, the testnet is now public (see below), and some testnet CLMP have been airdropped to let the community start exploring the code and features of this evolving blockchain:

*Currently some of the Tomochain branding is still present, this will be removed over time

Future Use Cases and Utilities for the $CLMP

The first use case currently in development will be a fully decentralised Digital Asset storage solution based on IPFS. In simpler terms, this is a solution to the problem where people have passed away without sharing information on how to access their digital assets. Caelum will create an automated and trustless way to manage the inheritance of digital assets. This solution has been in development for some time and will be incorporated in the Caelum mainnet on launch. Several other use cases have been discussed, but none have been settled upon, they are very open to new ideas and suggestions about any other use cases, and are constantly researching new potential areas to move into.

Caelum Project is a new and exciting project that started life in a notorious Bear market. It has developed a strong following online and an active community. The first use case is within a niche area that has no real competitors or solutions, particularly ones that are fully decentralised. At the moment the only ways to make sure that you are able to get $CLMP is to own $CLM (that are currently only traded on token.store), $TOMO, $ETH or to wait for the sale to begin. If you have questions, then it is best to join the telegram, as Skippy checks in regularly to give the community updates and clarifications around the project and the latest development progress. 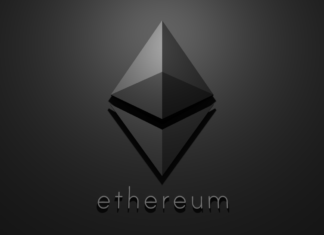 The 2021 Ultimate Guide to Wirex