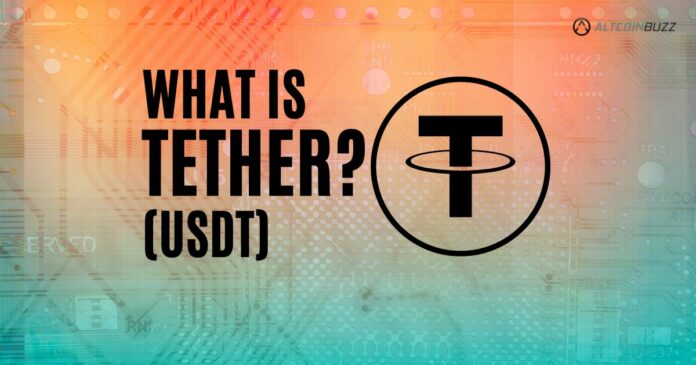 If you’ve made any crypto transactions before, chances are good that you’ve used Tether USDT. In fact, you could have used it while not knowing what it is in the first place. If that’s true, then this article is perfect for you. Read on!

What Does Tether USDT Mean?

To understand what Tether USDT is, you have to start off with understanding stablecoins. In simple terms, stablecoins are crypto coins whose value are pegged to a certain unit of value. Such units of value include fiat currencies like the USD, EUR, GBP, and so forth.

Stablecoins are prevalent in the crypto market for a number of reasons. The main reason would be convenience. It is so easy to send and trade a stablecoin like $USDT in crypto. Centralized exchanges (CEXes) like Binance or Kucoin list all their trading pairs against stablecoins. Decentralized exchanges (DEXes) like Uniswap or SushiSwap list stablecoins for swapping too. This is because a stablecoin, like $USDT, exists on the blockchain. Fiat currencies like the USD do not.

Today, Tether USDT is the oldest and biggest stablecoin. It is pegged to the USD (i.e., its value is always maintained at USD$1). $USDT has a market cap of USD$68.5 billion, making it the third largest crypto behind Bitcoin and Ethereum.

Now, if you’re a careful investor, you would be wary of stablecoins like $USDT. “Who or what dictates that 1 $USDT token will always hold USD$1 of value?”, you may ask. In essence, you want to know if $USDT is safe to hold.

Is It Safe to Hold Tether $USDT?

Indeed, that’s a very valid question to ask. This is even more so as we’ve just experienced a huge depeg of the Terra $UST stablecoin. This caused many people to lose their fortunes, as their $UST lost 97% of their value. Today, the crypto market still reels in the aftermath of this black swan event.

So, what would be keeping $USDT from facing the same fate?

First, Tether claims to be a fully-backed stablecoin. In simple terms, the company, Tether, holds financial assets or reserves worth more than the circulating $USDT. Said assets or reserves are then used to “back” the peg of $USDT. This is unlike the model of Terra’s $UST, which uses an algorithm to back its value.

Second, Tether publishes a daily report on its reserves backing $USDT. You can view the data on their transparency page here. These data comprises:

Now, you may be asking, “With so much data above, $USDT should be safe to hold. Right?”

Let’s look back in history. $USDT has held its $1 peg for a long time. However, there were times whereby it has lost its peg. Recently in May 2022, $USDT depegged briefly to $0.95 in light of $UST’s depeg. This was a significant recent case. You can refer to the link here for a rundown of all $USDT depegs. To summarize, such cases prove that depegging against $1 is very well possible. Hence, holding $USDT is not 100% safe.

Can We Really Trust Tether’s Claims and Data?

My answer would be – take it with a pinch of salt.

This is because Tether has had its own share of legal disputes. These pertain to their lack of backing for the $USDT stablecoin. In fact, just last month, Tether was ordered to produce legal documents proving its backing in an ongoing lawsuit. Back in 2021, the New York Attorney General’s Office (NYAG) also settled another lawsuit with Tether’s parent company, iFinex. Although this lawsuit was for a different matter, it did mention that Tether was no longer backed by US dollars. It also alleges that funds backing $USDT were sent to the Bitfinex exchange for other purposes. Another lawsuit in 2021 also alleges Tether’s involvement in market manipulation. Fortunately for Tether, most of their lawsuits have already been settled. However, this raises questions about Tether’s integrity and business practices.

With that, I would advise stablecoin users like yourself to diversify. Keep your stablecoin holdings in a mix of $USDT, $USDC, $BUSD, and $DAI. With this, your risk is spread across multiple stablecoins.

But, what are stablecoins like $USDT used for? Let’s answer that in our next section.

What Is Tether USDT Used For?

Similar to other stablecoins, Tether USDT is used for the following:

Now, with so many uses, it is no wonder many crypto users and exchanges use Tether USDT. But, if you’d like to find out more about $USDT’s history, read on!

Today, Tether Limited is led by the management team below. You can find out more information on their about page.

The initial team that started Tether was different from their current management team. But, did you know that Tether $USDT was not the stablecoin’s initial name?

Indeed, back in 2014, $USDT was known as Realcoin. It was then developed on the Bitcoin blockchain as a “second layer.” The person who conceptualized the idea for a stablecoin was J.R. Willett. Then, Brock Pierce, Craig Sellars, and Reeve Collins came together to work on Realcoin’s development. Shortly, by the end of 2014, the project was re-named to Tether.

Fast forward to today. Tether USDT remains as the strongest stablecoin. This is despite its numerous controversies and depeg events. As of today, $USDT’s peg is stable at $0.9984. It holds a huge market cap of $68.78 billion and is the world’s third largest cryptocurrency.

But, will it remain dominant in the future? Only time will tell.