Power Ledger partners up with Silicon Valley Power as it further expands across the globe.

What does Power Ledger do?

Power Ledger uses world-leading blockchain technology to create a peer-to-peer marketplace for renewable energy. They achieve this through the assurance that the platform provides a transparent automated market trading and clearing mechanism for residential and commercial businesses which can also be audited. This means that individuals or businesses who hold surplus energy can sell it to who they want and at the price they want.

Expansion to the Silicon Valley

On the 19th of June 2018 Power Ledger announced a major partnership with Silicon Valley Power (SVP). This collaboration was made in an attempt to link the community-based charging of electrical vehicles with renewable energy production and storage. This link between the two, if it were successful, would lead to a solution for one of the biggest problems facing renewable energy regimes. The issue of charging electric cars during daytime hours.

The project will result in the ability to track and manage both the production and consumption of low-carbon energy using a large public charging facility in California and it will also allow for a reduction in both time and costs when processing Low Carbon Fuel Standard credits. It will achieve this reduction by digitalizing transactions to support the tracking of low-carbon electricity.

Who are Silicon Valley Power?

Silicon Valley Power (SVP) are known for their expertise in the implementation of programs with cost-saving technology and digital accountability. In regards to the partnership with Power Ledger, SVP’s Chief Electric Utility Officer John Roukema stated that SVP are “… looking forward to using the Power Ledger platform to enable the tracking of carbon-free electricity from source to customer electric vehicles.” “This will provide a clear audit trail in support of proposed changes to the low carbon fuel standard program that will allow for incremental credits while automating the entire process.” The partnership with SVP will ideally result in the ability to reduce costs whilst still maintaining digital accountability standards for Power Ledger and their users.

What does Power Ledger’s expansion to the Silicon Valley mean?

This ability to digitalize electric vehicle charging transactions will allow the earning of credits under the California Air Resources Board’s (CARB) Low Carbon Fuel Standard. If owners of these credits have the accounting ability to adhere to these rules they can sell these credits to fossil fuel refiners and producers.

However, this limitation may itself be too much for most businesses or individuals earning these credits to actually be able to sell them. The Vice President of the Clean Energy Blockchain Network, Rick Kubin stated that, “The low Carbon Fuel Standard as administered by CARB is currently a pretty onerous process.” In this statement Rick refers to the stringent accounting process involved in the procedure of earning and transferring credits.

Therefore, the expansion of Power Ledger into the Silicon Valley has clear benefits and if the project is successful it may result in further expanding interest in the Power Ledger blockchain. However, this new partnership and one of its main purposes involve a road block which may limit its effectiveness and should not be overlooked. 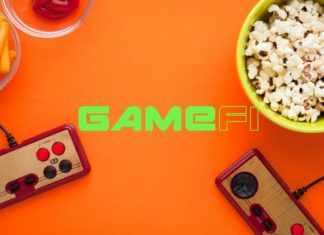 Martin Young - March 18, 2022 0
Arcade, GameFi's infrastructure platform, has announced a strategic partnership with KuCoin Labs to expand the fledgling ecosystem. The announcement was made on March 17th, where...