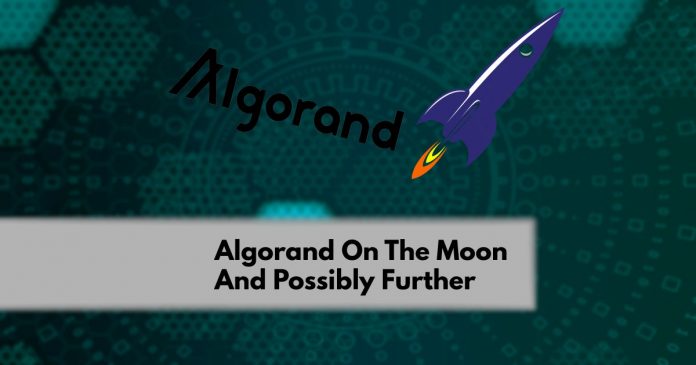 Algorand surged by 71% in the past 24 hours, and now it’s on the moon. We are about to find out the reason behind the price surge, and if it could go further.

Algorand is a blockchain that aims to be the fastest and most decentralized in the space. I believe that the odds are in its favor at the moment. ALGO uses a new mining algorithm called pure proof of stake(PPoS) which makes it kinda unique (that’s what makes it fast, secure and more decentralized).

It’s important to note that ALGO’s team is made of mostly MIT members, and the CEO (Silvio Micali) is a winner of the ACM(Association for Computing Machinery) Turning Award. Silvio had an important role to play in the space.

Why did ALGO pump?

ALGO pumped due to some news that took place around 16-20h from the moment of writing this article. One of the announcements involves a partnership with BitGo, and the other, which had a greater significance, was about introducing an early redemption option. That option gives auction participants the opportunity to redeem a refund; more about that here. This is the news that pushed ALGO in the first place.

What should we expect now?

Well, let’s have a look over the chats, shall we? 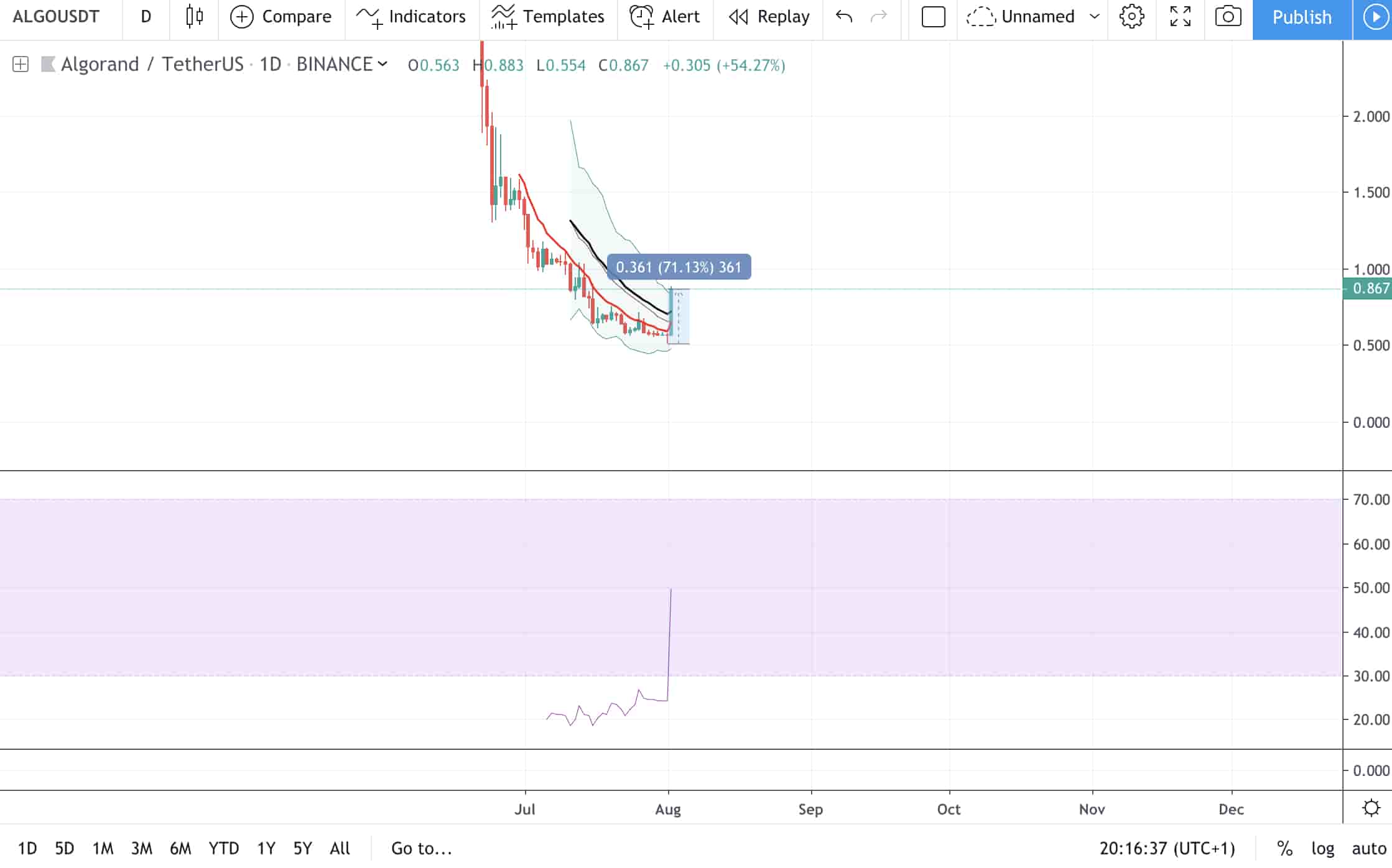 We can see that there is not much chart data. We only have data for the last 3 months. ALGO continued in a downtrend since it was first listed on the exchanges. It recently came out of the oversold area and now it seems to be heading towards the overbought area on the RSI indicator. I’d expect a correction pretty soon, but let’s move on a lower timeframe to see have a better idea of when it might happen. 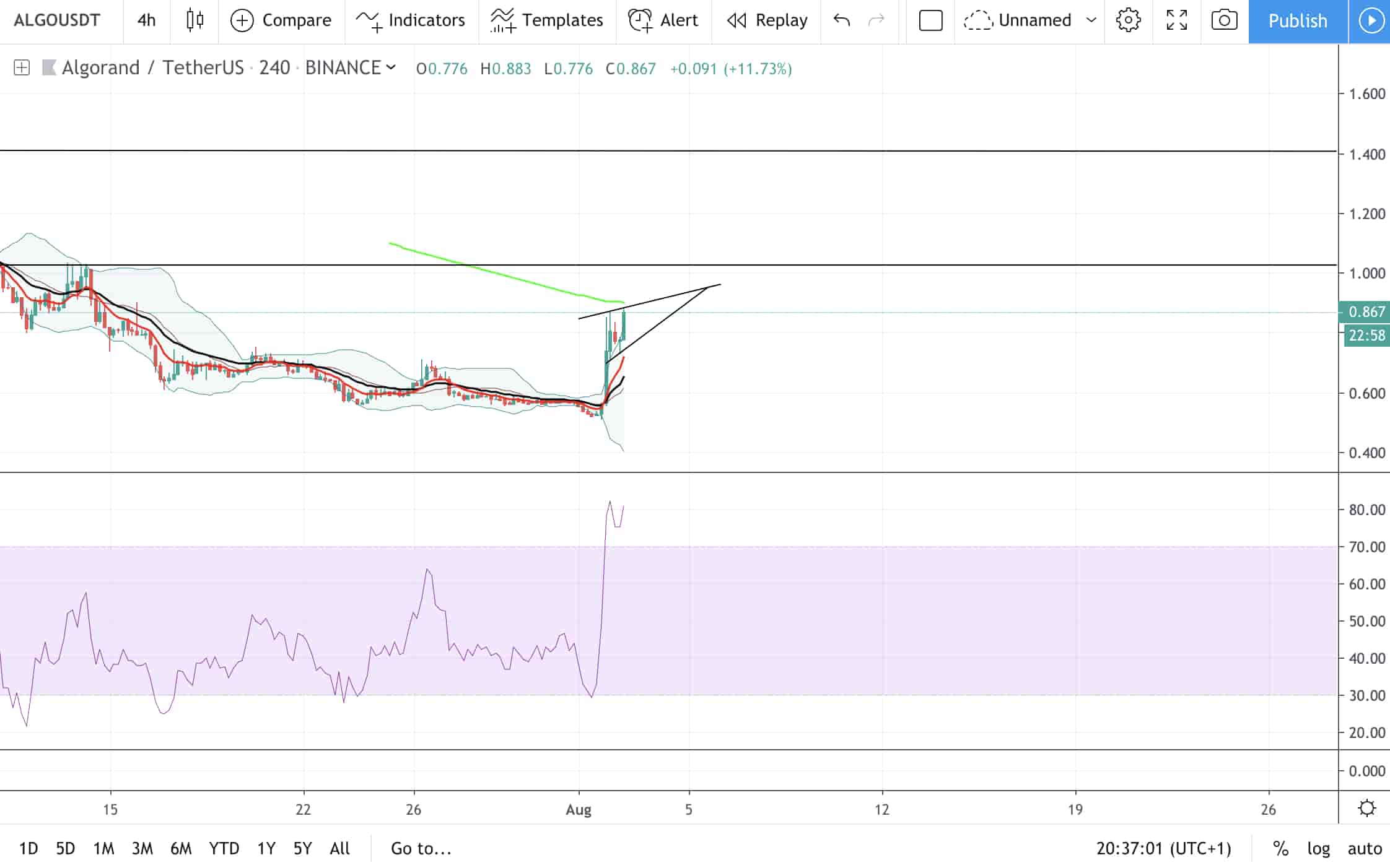 By looking over the 4-hour chart, we can see that we are currently in the overbought area on the RSI indicator and that we are also facing the resistance of the 200 EMA.

We can also see a bearish wedge formation which could get us to around 65 cents if it breaks bearish, and to around $1 if it breaks bullish. The volume is pretty high, at around $280M in the past 24 hours, and I would expect more money coming in till at least 23rd of August when the redemption window opens.

If ALGO goes past $1, the $1.40 level would be the next target, but it could go even further. I think ALGO could reach $1.90, or higher in the short term; has an amazing team. I will keep you guys updated regarding ALGO.

Please Note: This is not financial advice, it’s just me expressing my own opinion over the market. Please do your own due diligence before investing in such volatile markets. 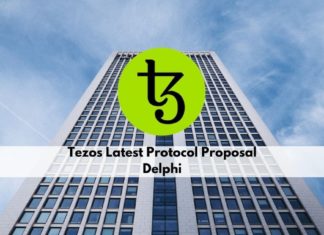