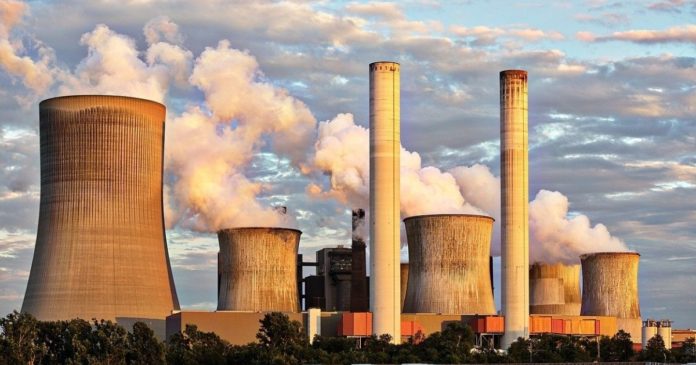 A century ago, Henry Ford, the great entrepreneur, envisioned the development of an “Energy Currency” to substitute for gold. Ford’s goal was to end wars which he reasoned were centered around the control of money.

Ford’s vision for an energy currency was that, unlike gold, it could not be controlled. Every country could issue currency backed by the natural wealth of its energy resources. The standard of value for this system breaks down in the following manner. A value of $1 would be created with a certain amount of energy exerted for one hour.

This currency idea, backed by kilowatt hours (kWh), has great similarities with Bitcoin, which can also be considered as “backed” by energy input.

For the last decade, the majority of Bitcoin’s price history is explained by a constant value against energy input. Price fluctuates around value. But price and value are intrinsically linked and mean-reverted. Bitcoin has a fixed value through time, which is based on its supply growth rate and the energy expended on mining.

“Mr. Ford proposes that this currency be issued only to a certain definite amount and for a specific purpose.”

Speaking clearly, one could only issue more of this energy currency if they were putting more energy into the process. This system is analogous to what Bitcoin does. A single Bitcoin miner will receive more freshly created BTC by putting in more energy into the mining operation. However, such mining becomes more difficult and costly for the individual when all the other BTC miners are pouring in energy as well. This is what drives the price predictions of Bitcoin. 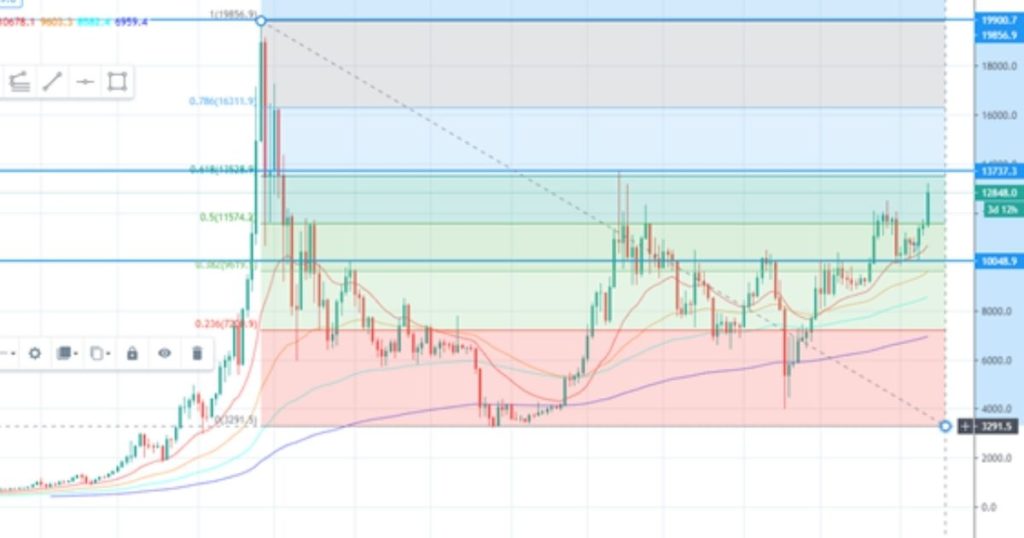 BTC price has finally smashed the $12,000 resistance and made a further $1,000 move up towards $13,000 yesterday, which opens up the possibility of reaching $14,000, which is one the most important pivotal points to establish a strong support for BTC to aim for the all-time high price of $20,000.

This big jump from $11,000 to $13,000 USD was catalyzed by the announcement by PayPal, who released a statement that its customers will be able to buy and sell Bitcoin and other virtual currencies using their PayPal accounts. 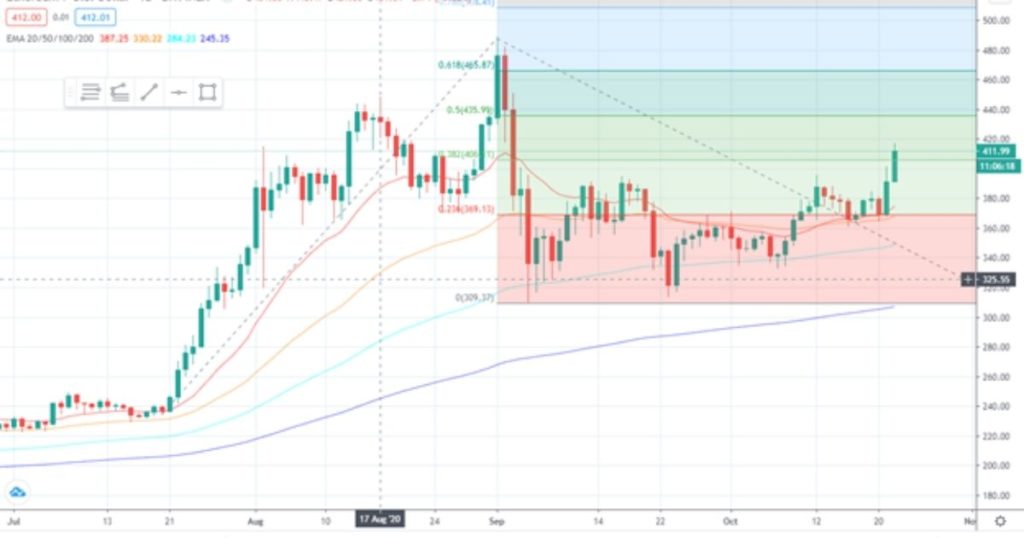 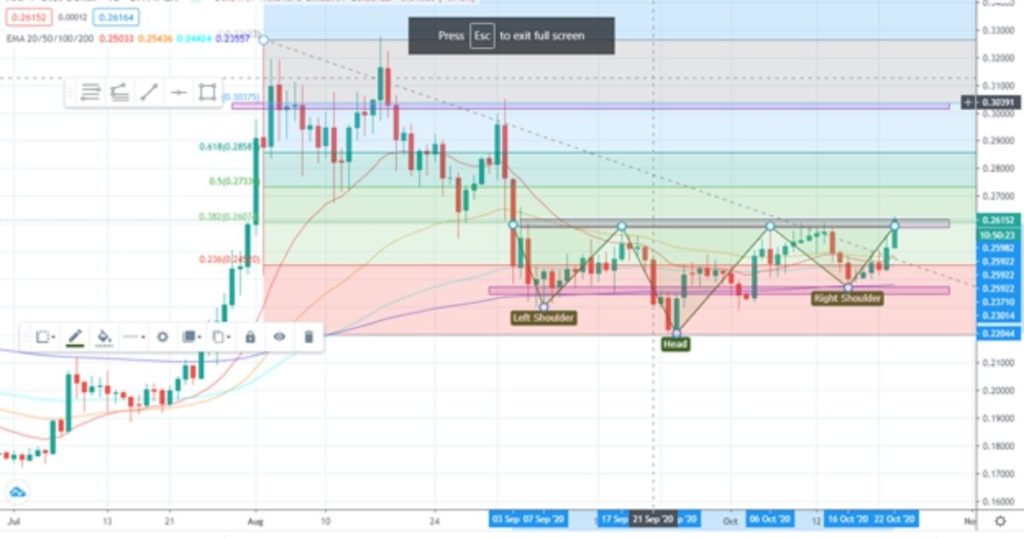 It would be a good idea to start accumulating XRP for holding for a long term if we see a dip towards $0.24. 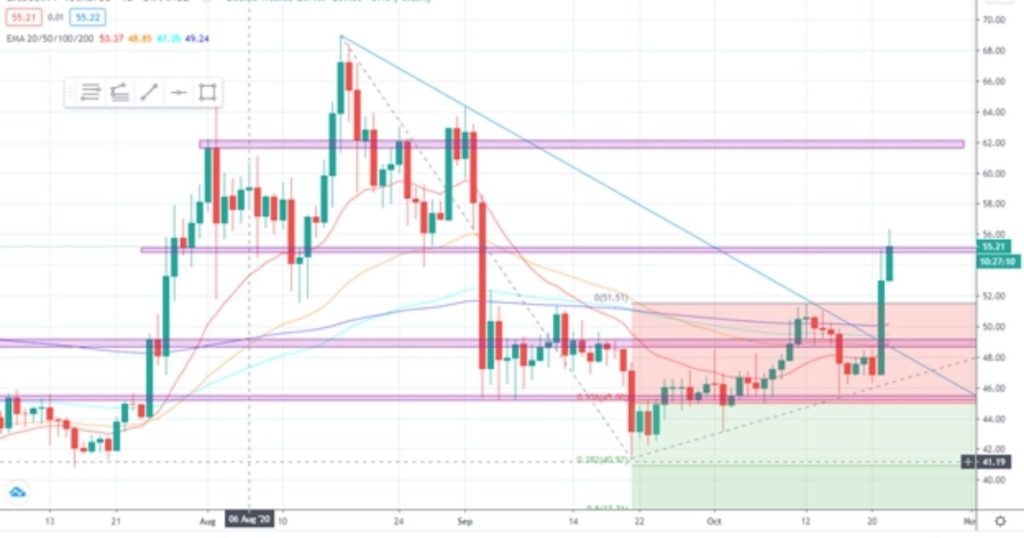 LTC price has reached a major resistance zone of $55.5. If it can break this and turn this to support, it will likely consolidate in this zone and head up towards $61. If LTC can break this resistance, we can long from $55.5 with a stop-loss at $53 and target price of $61.

There is a higher chance of rejection of this zone, and a good short opportunity would be to short from $55.5 on rejection (close of daily candle below 55.5) with a stop-loss at $57 and target of $50. 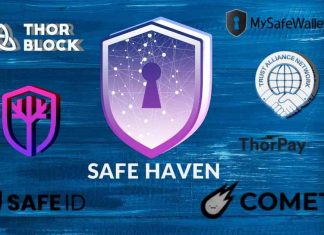 Deepika Garg - July 23, 2020 1
Safe Haven is one of the most diligent projects in the blockchain space. It has been around since 2017 and has delivered 10 products...