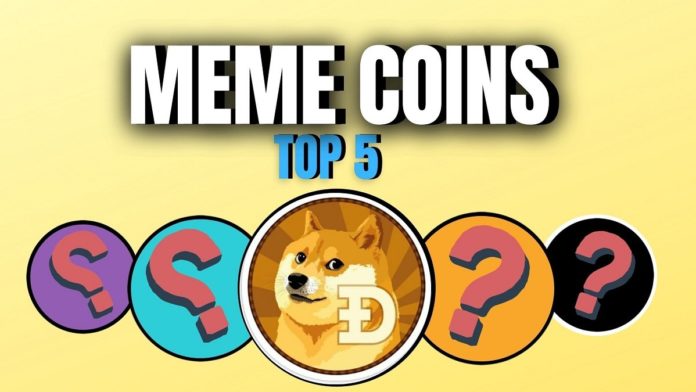 A major problem in finance is to find out the fundamental economic value of a digital asset, especially of cryptocurrencies. The recent trend of meme-coins has complicated this further. For many investors, Bitcoin gains its value from being a limited supply currency. A hard cap on “minting” new BTCs means only 21 million coins will ever exist. On the other hand, ETH is valuable because of the introduction of Smart Contracts and the fact that it finds its use throughout the Ethereum ecosystem. But, how would a cryptocurrency with an unlimited or quadrillion supply and no use case gain value?

In this blog post, we highlight the top five meme coins that completely changed the narratives around cryptocurrency investment.

History: Created by software engineers Billy Markus and Jackson Palmer in 2013, Dogecoin was designed to poke fun at other alternative coins vying to challenge the dominance of Bitcoin. The digital asset uses a proof-of-work mechanism to reach consensus within the network. However, this PoW algorithm is not the same as the one in Bitcoin’s SHA-256 as it relies on scrypt technology.

Supply: Currently, DOGE, the native token of Dogecoin, doesn’t have a hard cap. The initial 100 Bn coins were all mined in 2015 due to its 1 minute block time, which allows miners to mint over 10,000 new DOGE coins in a minute. The community, then,  decided to issue approx 5 billion coins every year.

What pushed the price?: At the time of writing, Dogecoin is trading at $0.50 despite having a circulation supply of over 130 billion. DOGE has been consistently supported by Elon Musk, initially through Memes, and then with the acceptance of DOGE as a payment method in Space X. New users have been using DOGE for entry into crypto.

Opinion: It is difficult to sustain a stable price against the number of coins produced on a daily basis. Add to that, the DOGE coin is not fundamentally used by any important crypto project. The price has entered a bubble zone and any further increase is highly speculative.  The world hears the stories of those who win and not those who get rekt. Think twice, invest wisely!

Team: Widely regarded as a Dogecoin killer, Shiba Inu represents an  “experiment in decentralized spontaneous community building.” The team behind Shiba Inu is also trying to create a comprehensive suite of products, including a decentralized exchange, an ecosystem of few tokens, and a fully-fledged community.

Token: SHIB is the native token of Shiba Inu. It is an ERC-20 token that uses the Shiba Inu dog breed as its ticker and recently saw an astronomic increase after the success of Dogecoin. The token has a limited supply of 1 quadrillion. 50% of this remains locked as liquidity to Uniswap, while the other 50% is bagged by Ethereum co-founder Vitalik Buterin. In addition to SHIB, the Shiba Inu ecosystem also consists of LEASH and BONE tokens.

Opinion: Like Dogecoin, SHIB tokens supply is also unsustainable. However, the team has sent half of it to Vitalik, with an aim to remove them out of the circulation supply. So, the future value of these tokens will largely depend upon whether or not the Ethereum founder sells them.

History: Launched in March 2021 by John Karony, SafeMoon is a DeFi token deployed on Binance Smart Chain. The project is completely driven by its community ( at least theoretically) and focuses on static reward functions and locked liquidity. A unique feature that SafeMoon incorporates in its protocol is that it demotes the selling of its native tokens SAFEMOON.

TradeOff: The total supply of SAFEMOON is 1000 trillion, with almost all supply in circulation. However, the project resembles a Ponzi scheme because traders have to pay a 10% fee when they sell their tokens, out of which 5% are given back to the token holders. While Benzinga and Lark Davis have put SaferMoon under the category of Ponzi schemes, WarOnRugs warns investors of a potential rug pull scam by its creators. On the flip side, the platform has attracted more than 2 million users despite being just two months old and provided exponential returns on investments.

Opinion: Anyone considering SAFEMOON for their portfolio, plan a strategy to avoid any possible rug scam.

Project: As the name suggests, it is a DeFi brother of Dogecoin that combines yield farming with the world of memes. The project aims to leverage the capabilities of Ethereum’s DeFi infrastructure.

Token: HOGE is the meme token of Hoge Finance that has a maximum supply of 1 trillion. The token has a deflationary supply mechanism, which means the total supply will decrease over time.

Opinion: While HOGE is new to the community and is yet to garner attention, its real-world market use case puts it above meme coins without any fundamentals. The project is still in its infancy, and its potential might unveil shortly.

History: Incepted in 2013, MonaCoin is an internet meme based on a cat-like figure launched by an anonymous developer Mr. Watanabe who remains unidentifiable to date.

Token: MONA, the token, bills itself as the first Japanese digital asset that is also used in several physical and online stores in Japan. The token has a maximum supply of 105 million, which completely differentiates it from other meme tokens we discussed. Moreover, the coin stands approved by Japan’s Financial Service Agency.

Opinion: Though MONA comes under the category of meme coins, a few things set it apart, including price, real-world use case, regulatory benefits.

We are slowly heading to an economy where value is driven by the community. The GameStop saga proved the same and the Meme coins seem to be following the same. We need to understand that while this looks good in the immediate terms due to the unprecedented gains, in the long run, people might lose money. In the crypto space, trends are usually responsible for price rallies. The growth of DOGE, SHIB, and SAFEMOON is a real trend, but whether it is sustainable, only time will tell.

If you are not a meme coin fan, check out the below 100x Moonshot coins that are not a joke.

The information discussed by Altcoin Buzz is not financial advice. This is for educational and informational purposes only. Any information or strategies are thoughts and opinions relevant to accepted levels of risk tolerance of the writer/reviewers and their risk tolerance may be different than yours. We are not responsible for any losses that you may incur as a result of any investments directly or indirectly related to the information provided. Do your own due diligence and rating before making any investments and consult your financial advisor. The researched information presented we believe to be correct and accurate however there is no guarantee or warranty as to the accuracy, timeliness, completeness. Bitcoin and other cryptocurrencies are high-risk investments so please do your due diligence. Copyright Altcoin Buzz Pte Ltd. All rights reserved. 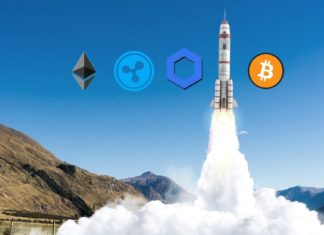 Async.Art: The Future of Fine Art