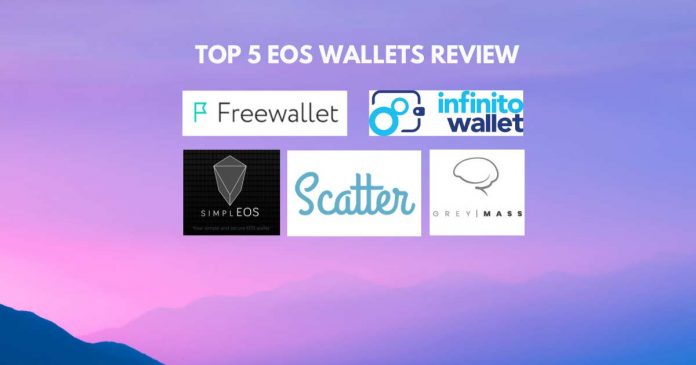 There are various EOS Wallets that come with multiple benefits. If you are confused about which you should pick, I am going to make it easier for you by listing 5 EOS wallets while including their features.

Freewallet is a pretty nifty EOS Wallet and is highly recommended for beginners.

First thing first, creating an EOS wallet requires an EOS payment for the majority of wallets that are available out there. Freewallet does not need any EOS payment in order to create a wallet which is great.

Another good thing for beginners is that Freewallet stores the private keys. In other words, users will require to log in with usernames and passwords. This is good because you don’t need to store your private keys in a safe place (with a chance of losing them, and with them, the wallet). This could also be a downside for some because they prefer to store their own private keys.

This is a mobile wallet that works on both Android and IOS devices. Users can also freeze the account in case of device theft, or if the device is lost. The wallet also comes with a web version which could be pretty handy.

Freewallet also has an exchange feature built-in. Security-wise, the wallet comes with email confirmation for each transaction, daily, and weekly withdrawal limit.

GreyMass is a popular EOS wallet that comes with voting and taking options, however, it’s not available on mobile devices, unfortunately.

This wallet also allows its users to purchase RAM, CPU and to track a transaction by selecting a particular one.

Users could choose to store their private keys locally or to enter the details every time.

To note that GreyMass is not really easy to use for beginners.

InfinitoWallet is yet another mobile wallet with features that can be useful for some people. The wallet stores the private keys on the device.

InfinitoWallet offers a feature that prevents its users from sending funds in the wrong place, and a feature that shows if an address was used in scam-my activities.

SimpleEOS is an open-source desktop wallet which means it will get updates pretty quickly, and for a longer period of time. The wallet stores private keys locally have a nice UI and are pretty simple to use.

Users can receive airdrops with this wallet (not many wallets allow this). SimpleEOS allows voting, staking and the use of dApps.

Scatter is considered one of the safest desktop EOS wallets. It started as a browser extension and it extended to a desktop application.

If you are into smart contracts, scatter lets you choose between EOS, Ehereum, and TRON.

Scatter offers an exchange feature and stores the private keys locally. The wallet can be quite confusing at first.

All the mobile wallets that I have mentioned can support other cryptocurrencies as well. 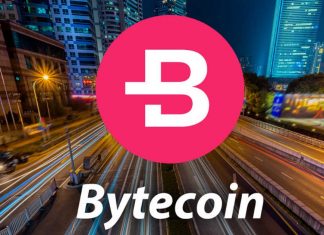 Bytecoin with the Full Release of Amethyst

Sebastian Ifversen - February 8, 2019 0
Bytecoin has now rolled out the stable version of Amethyst 3.4.0, solidifying a swath of updates that retool the platform. Previously in its beta stage,...