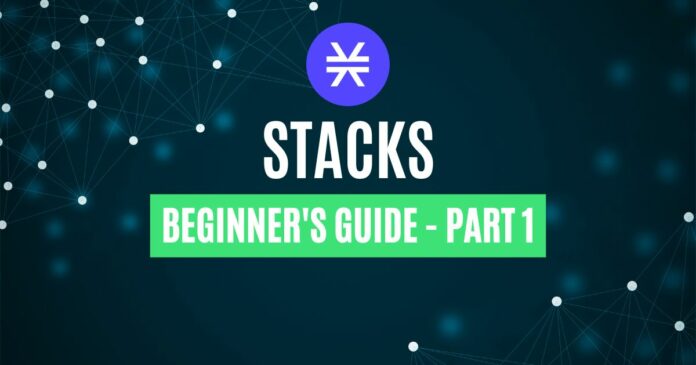 Stacks sees itself as a layer 2 blockchain that runs in paralell of Bitcoin’s blockchain that allows NFTs, DeFi, and other dApps. In other words, they bring smart contracts and dApps to Bitcoin. The Stacks token ($STX) is its native token.

So let’s have a look at what Stacks has to offer us. This is the first part of the article.

Stacks started out back in 2013. Muneeb Ali and Ryan Shea are the co-founders. In the early days, they went by the name of Blockstacks. Here are their most important improvements:

Let's aim for the same increase in 2023 with @clarity_lang 🚀 pic.twitter.com/WWujS5DGpV

Their most popular NFTs are the Blockchain Naming Service. It’s like ENS or Unstoppable Domains. In contrast to ENS, they have limitations. They only allow one name per address, and for trading it requires special escrow contracts.

Their largest NFT collection and NFT marketplace is Megapont. However, their volume is small. According to Dappradar, it was at $13.5k in 1 month for the Megapont Ape Club collection. The Megapont marketplace turned over $23.8k in 30 days. The top sale changed hands for $1.84k.

On the other hand, in the DeFi space, it’s not much better for the protocol. DeFiLlama shows a TVL of $7 million. Out of this, the Alex DEX dominates with a 74% share of $5 million. Their ATH for TVL was in April 2022 with $44.5 million. Below you can see the Dappradar stats for their NFTs.

How Does Stacks Work?

With Proof-of-Burn, miners burn bitcoin to get STX, its native token. The more they burn, the more blocks they can mine. However, in this set up, they transfer crypto to other users of the network. Nothing gets burned here. In mining for this protocol, they transfer Bitcoin. A randomly selected miner gets to validate the block. Their reward is in STX. One randomly chosen STX token holder will receive the Bitcoin. This is only for users who take part in the protocol’s consensus mechanism. For this, they need to ‘stack’ or stake their STX.

Stacks taps into Bitcoin, so their block times are also around 10 minutes. However, Stacks found a solution to have faster transaction settlements. They have anchor blocks that are in line with the Bitcoin 10-minute output. But, Stacks also has microblocks, which integrates into their normal blocks. This makes Stacks more scalable.

"Proof of Transfer is a consensus mechanism that transfers a base cryptocurrency to mint units of a new cryptocurrency." —Xan Ditkoff explaining PoX at Mining Disrupt pic.twitter.com/obtbmL8tEp

How to Mine in Stacks?

Miners will have to transfer Bitcoin to STX holders. This may qualify them to validate a block. But, unlike PoW with its electricity consumption, this protocol goes a different route. They reuse already minted Bitcoin. So, instead of electricity, PoX re-use the energy that btc miners used.

Also, stacking is locking your STX tokens up. This is very much like staking. However, staking has a different purpose. The more BTC a miner spends per block, the more likely he is to win the validation of that block. If they win to validate a block, their reward is in STX tokens. The picture below shows the PoX flow. 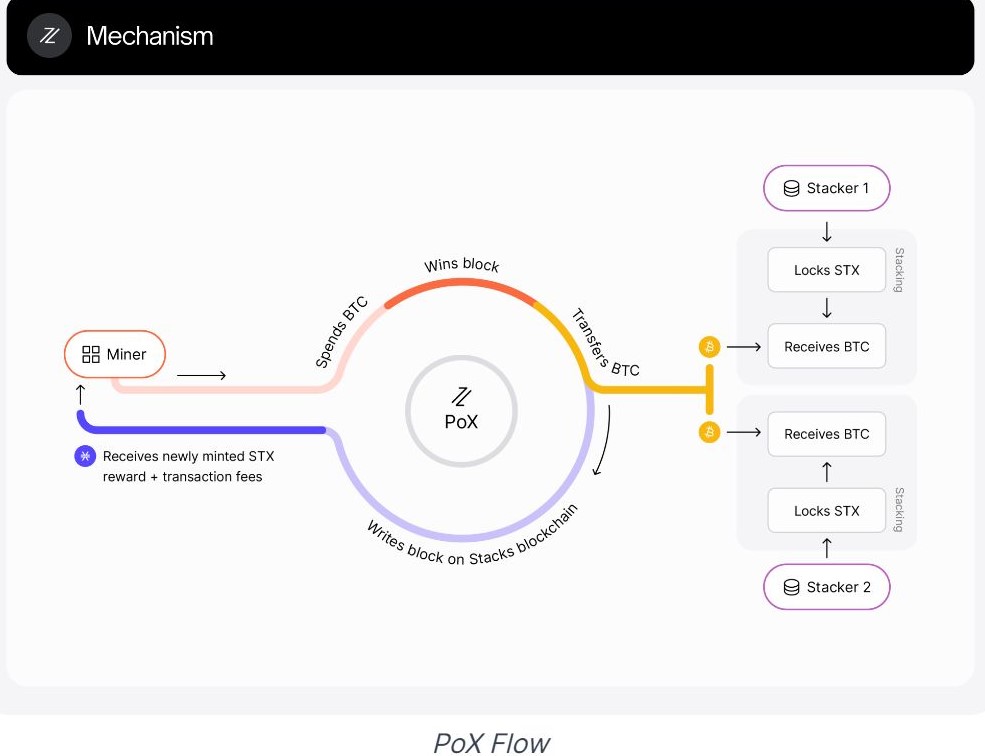 Where to Buy Stacks STX?

Most major exchanges offer the STX token. For example, Binance, KuCoin, OKX, Kraken, or Gate.io. However, there are also smaller exchanges in local markets that offer STX. For instance, Btc Turk PRO in Turkey, WazirX in India, or TokoCrypto in Indonesia. Here is a list of exchanges where you can buy STX:

This is Part 1 of two articles about Stacks protocol. To learn more about Stacks, read our Part 2 article. 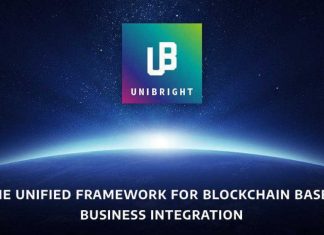 Unibright explains Blockchain to the Institute for Supply Management

Writer - May 13, 2019 0
The Institute for Supply Management is the largest not-for-profit professional supply management organization in the world, and their members are increasingly examining the capabilities...