A decision from the SEC and the CFTC on whether or not Ethereum is a security is on the horizon, what could these decisions mean for Ethereum and others?

Yesterday was a day of ample confusion and frustration in the crypto community. Many folks believed that a decision on whether or not Ethereum is a security would be announced following a meetup of the SEC and the CFTC. This meeting was publicized by a Wall Street Journal (WSJ) article, which created FUD in the crypto community regarding the possibility of Ethereum being classified as a security. A decision yesterday would possibly have had a significant positive or negative effect on the market. However, it is important to realize that a decision will likely be made on the matter at some point in the future. Those decisions are discussed below.

What exactly happened yesterday?
Yesterday the SEC and CFTC held a “working group” meeting. This is not a public meeting, so it was neither live streamed or placed on the official meeting list of the SEC. No good or bad news has come of this meeting, besides many people accusing the authors of the WSJ article of spreading FUD (Fear, Uncertainty, and Doubt). However, it is important to realize that a group consensus or shared opinion could have resulted from yesterday’s working group, so WSJ is not to blame.

Potential outcome #1: Ethereum is a security
This is likely the worst-case scenario, but the least-likely scenario. A decision classifying Ethereum as a security would mean it would be regulated as such. This would also mean that its ICO was an illegal securities sale since Ethereum did not register with the SEC before beginning their sale. It is Ethereum’s ICO that is being investigated by the SEC and the CFTC and will be a factor in their final decision. A security is simply a contractual relationship between an issuer and investor. However, it is possible that the sale may have included something that could be considered a binding contract. The argument for Ethereum having an investment contract could be derived from Ethereum saying during their presale that money contributed will be used for software development and token delivery, subject to miners running the software. In July 2014, Ethereum accrued over 31,000 Bitcoin (BTC), about $18.3 million at the time and $300 million today, during its presale. It is likely that the reason investors bought Ethereum at this time was in anticipation of a rise in value upon the release of the platform, a situation that would parallel a securities sale. It is reasonable to assume that the reason for the poor market performance yesterday was people fearing Ethereum would be classified as such. However, if Ethereum is deemed a security, itself and all other ERC20 tokens and anything else that has done an ICO will by association also be classifiable as securities, possibly creating a massive sell-off event.

Potential outcome #2: Ethereum was perhaps a security, but has since moved on
This is a likely scenario. This decision would mean the meeting consensus was partially swayed by the reasons stated above deeming Ethereum a security, but also that the consensus is well aware that Ethereum has since changed. If the final decision is that Ethereum was once a security but has since moved from that classification, the punishments for Ethereum will be minor. These punishments will likely include minor fines and recommendations doled out to Ethereum leadership, but the decision will be a sigh of relief for Ethereum and itself and other ERC20 tokens could increase in value due to good sentiment.

Potential outcome #3: Ethereum is not a security
This is also a likely scenario. This decision would mean that Ethereum was never and is currently not a security. Ethereum has grown into a powerful network full of utility and application. It has been recently reported that 53.5% of Ethereum transactions are made to Smart Contract Dapps, a clear sign of utility and therefore not even remotely resembling a security. Furthermore, since the Ethereum network is made up of thousands of unaffiliated miners, users, and developers, it is clear that the Ethereum network is not fully dependent on the Ethereum foundation. Securities are not assets that are created using the funds of an investment deal. If the final decision is that Ethereum is not a security, Ethereum and other ERC20 tokens could drastically increase in value since the uncertainty will be gone.

Potential outcome #4: No consensus on whether or not Ethereum is a security for a while
Unfortunately, as it often is with big decisions with potentially large impacts, a group consensus may not be reached for a while. This may lead many investors awaiting a decision on this matter to remain on the sidelines for the time being. It is likely that the SEC and CFTC will take a careful approach to this issue. A recent article by Coin Center wrote about an SEC Commissioner stating that she does not wish for the SEC to be a body that selects who wins and loses in the cryptocurrency space. This commissioner, named Hester Peirce, said: “On a beach, you have a lifeguard…. but she’s not sitting with the sand castle builders.” Peirce is referring to regulating bodies job in choosing when and when not to get involved, and that a careful approach is necessary for coming to a consensus on this important issue. 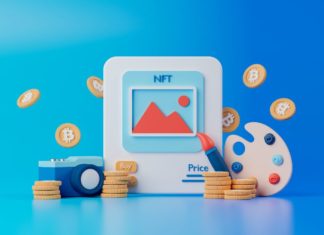 Lawrence Mike Woriji - August 7, 2022 0
Non-fungible tokens, or NFTs, were one of the buzzwords of 2021. However, as early as 2020, digital artists were already beginning to experience an...