We hear about Bitcoin halving and how it is a raging topic in the blockchain and crypto space. But what exactly is halving? How does it impact cryptocurrency enthusiasts and users? And what is the significance of Bitcoin halving?

Today we have a world that has hundreds of cryptocurrencies and more tokens coming out regularly. But when it all started in 2009 with Bitcoin, it was the pioneer showing the way to the world what cryptocurrency is and can be. And one of the appeals of the Bitcoin concept lay in its finite supply of only 21 million coins, adding to its uniqueness and value. But the beauty of the concept does not limit to finiteness alone. The creators of Bitcoin knew that a mere linear progression of Bitcoin mining and block rewards can only go so far. To truly revolutionize the world with the concept of cryptocurrency, there has to be a USP. And here is where Bitcoin halving comes into effect.

Simply put, Bitcoin halving is a quadrennial event that aims to reduce the reward for mining Bitcoin by half. It is not, however, fixed by time. Rather, it is fixed at the number of mined blocks. So, while the first halving took place when block number reached the ceiling of 210,000, every subsequent halving takes effect at its multiple. In other words, the second halving at 420,000 blocks, third halving at 630,000, so on and so forth.

In this segment, we bring you exciting news, articles, and analysis related to Bitcoin halving, its implications for the crypto world, both from the financial point of view and the perspective of the users.

This (Bitcoin) is the Biggest Wealth Creation Opportunity!

Bitcoin Halving – The Good, the Bad and the Ugly

Worry not! Its Bitcoin Pre-Halving Retracement

Bitcoin Price and the Upcoming Halving. What’s the Impact? 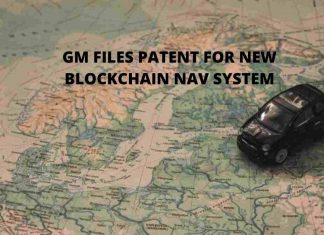 Deepika Garg - April 7, 2020 0
In 2018, Detroit-based General Motors (GM) delivered 8.4 million vehicles and generated a revenue of $147 billion.  Along with that, the vehicle manufacturing giant...