Electroneum has been around since 2017. It combines the vision of its CEO, Richard Ells, and supported by a strong London-based community of developers. It has the objective of bringing trust, security, and compliance into cryptocurrency.

Electroneum’s native token is ETN. Its USP is that it is user-friendly and mobile-oriented. With almost 2.5 million users worldwide, it records more than 100,000 blockchain transactions per month on its payment platform. Moreover, users can spend their ETN coins in over 140 countries making it immensely accessible.

Electroneum is often regarded as the enablement currency as even the largely unbanked citizens of third-world countries can make use of it by owning an Android smartphone. As of now, iOS compatibility is still in the offing. Moreover, Electroneum is arguably the first Know-Your-Customer (KYC) and Anti-Money-Laundering (AML) compliant cryptocurrency.

One of the reasons why Electroneum has so much popular support is its unique mobile mining experience. As a result, users can easily earn ETN coins by allowing the miner app to run in the background.

Electroneum has also come up with two unique offerings for its followers. First is its Instant Payments System that addresses the issue of time-lapse in traditional cryptocurrencies before the blockchain captures transactions. Electroneum’s system enables users to make transactions with instant confirmation. The other offering from Electroneum to catch everyone’s attention is the introduction of the AnyTask platform. It is a brand-new freelancer marketplace enabling millions of unbanked people in developing regions the opportunity to join the global digital economy.

Here, we cover the stories from Electroneum regarding their product development, latest offerings, and newest business partnerships.

Electroneum on to Greater Heights with Phase 2

Electroneum is Feeling Charitable this Christmas 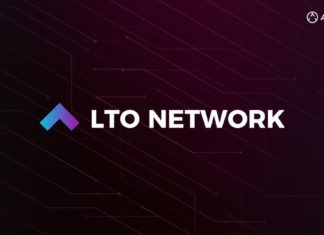 A Crypto Guide to the LTO Network