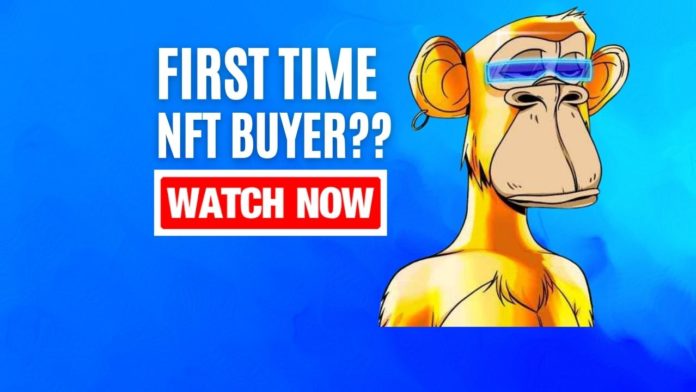 According to Coingecko, the current NFT marketcap is $43.1 billion with a 24-hour trading volume of $8.4 billion. And in Jan 2022, Twitter, Reddit, and YouTube have already announced their interest in NFTs.

So, this is an industry that is growing at an extreme pace. However, when you’re buying an NFT, it’s difficult to find an easy path to follow. Therefore, if you want your first NFT but you don’t know which NFT Marketplace to choose, make sure you read this article until the end.

Which NFT Marketplace to choose to Start Buying NFTs?

OpenSea took the lead last year, establishing itself as the go-to NFT marketplace. But OpenSea is not the perfect platform. Issues surrounding an announced IPO over IDO, insider trading, and no rewards for users have made the largest platform, also the most disliked by the community.

On the other hand, LooksRare stepped in to provide the NFT community with an alternative. Offering rewards and a better user experience, LooksRare is looking to become the go-to marketplace for NFT investors.

OpenSea is the number one NFT Marketplace on the web. In total, OS has seen $14.68B in total volume. Before the launch of LooksRare, the next closest true competitor, Solana’s Magic Eden, has seen a total of $615M in volume. It was not even close.

First launching in December of 2017, this centralized, peer-to-peer marketplace has grown to become the largest general marketplace for digital goods.

UPDATE: OpenSea confirmed in a blog post late Tuesday that it closed a $300 million Series C funding round that values the company at $13 billion. https://t.co/IhOXcffnzb

So, open sea’s early investors include Mark Cuban, Kevin Durant, Ashton Kutcher, among others. Therefore, why this NFT Marketplace is making its users seem to be dumping millions of dollars into the day?

It is the place to go to buy, sell, create and browse any type of ETH or Polygon NFT.

Additionally, the Metamask browser wallet does not support NFT viewing. OpenSea gives users a way to view and manage their purchased NFTs.

Finally, OpenSea also provided this with no KYC and was completely open. Users simply connect their Metamask and can start collecting or creating. Current creators can connect their Metamask, and sell the NFTs they created or deploy on the site. Competitors did not offer this, so OpenSea took over.

With OpenSea’s incredible rise to dominance, in such a short period, they have faced a slew of issues that are making the community turn on them.

Issues surrounding the former head of product using insider information for personal trading, as well as high fees and little rewards for users have made a lot of users look for an alternative.

Most egregious, in the opinion of NFT Twitter as a whole, for the most part, is the choice to do an IPO over an IDO. OS CFO stated, “it would be foolish not to think about going public”. A lot of users on Twitter were disappointed in this. IDOs reward the longtime users that bring these platforms to prominence.

In the context of OpenSea, they quite literally don’t exist (or exist in the capacity that they do), without the Peer-to-Peer trades that have launched them to prominence. The platform takes 2.5% from each transaction. Do they need to raise more money from an IPO? How will an IPO benefit the community or the users that have generated this company hundreds of millions of dollars?

API with Bugs in OpenSea

And to add, a recent API bug on OpenSea has caused some to lose not only their NFT but massive amounts of ETH. See, what happened was that holders who tried to get around the delisting fees on OpenSea found an interesting loophole. So, instead of paying the $40 to cancel the transaction, they would pay a fraction of the cost to send it to an alternate wallet.

Hey @nftworldsNFT I had this listed at 15 eth and someone just took it for .35.@opensea please look into this. #NFTCommunity #nftworld pic.twitter.com/NuaeHqzUCz

This would seemingly take the NFT off sale on OpenSea. But, when the token was sent back to the original wallet, the listing would repost with no notification or visual warning. These listings would be sometimes months old and had outdated listing prices.

So, some bad actors discovered this bug and scraped the API for all NFTs that were delisted by sending to another wallet. Then, one morning they quickly bought up the most valuable of these NFTs for a fraction of their value. For example, a Cool Cat was purchased for 3.5ETH, with the true value being well over 11ETH.

This led to mass hysteria in the NFT community over the last week. People had their rarest NFTs sniped for fractions of their true value, and resold for that value right in their face. There was nothing they could do about it. Well, aside from actually paying the true fee to delist and not trying to find a loophole. Or by using Revoke, Rarible, or LooksRare mass delisting tools.

The community as a whole has begun to grow tired of the constant issues faced on OpenSea, and they began to look for an alternative. That’s where LooksRare comes in.

LooksRare’s deployment reminded many crypto OGs of a similar launch but we will get into that in a minute. LooksRare is a community-run marketplace, aiming to reward its users and supporters.

The site has the following unique features:

This last point is the biggest. First, users who have spent more than 3ETH on NFTs are eligible for a $LOOKS airdrop. This is how you reward users who have brought this digital economy to mainstream attention. From there, holders can stake on the LooksRare site to generate $LOOKS and WETH rewards. Those rewards auto compound to generate even more yield.

The buyer got $3.5k in trading rewards. On Opensea, they would have gotten none.

The seller saved $1.5k in fees and got $3.5k in trading rewards. That's $5k+ more than they would have gotten on OpenSea.

Where do these rewards come from? LooksRare only takes 2% per transaction (as opposed to 2.5% on OS), and 100% of those funds go to staked users. Currently, APR for staking sits at ___%

Looks familiar to the SushiSwap launch back in 2020? Employing a similar tactic, what’s called a Vampire attack, LooksRare offered massive incentives to steal liquidity from its competition.

SushiSwap used the same tactic in 2020 to take liquidity providers away from market leader UniSwap. By offering massive incentives to use their platform and further rewards for staking those incentives, platforms can suck the liquidity away from competitors. Of course, the community needs to see value in the incentives the platform is providing for it to work. In the case of SushiSwap and LooksRare, the community found value.

This system for rewarding users is fantastic but was quickly gamed by users. Collections with 0% creator royalties, like Meebits and Loot have scaled the charts on LooksRare. Users can trade these collections back and forth between wallets, and generate rewards. The only cost for this is the 2% LooksRare fee, and gas fees. If you can generate enough $LOOKS tokens by doing large trades, you can turn a nice profit with this strategy.

However, this has caused some deceptive volume statistics over the last little while. If we look at Dappradar’s marketplace statistics, LooksRare has seen half a billion dollars in volume in the last 24 hours. That’s nearly 4x that of OpenSea during the same period.

While the site is still fantastic for users in terms of rewards, liquidity and volume are still questionable. If you are posting an NFT on LooksRare, odds are it won’t sell as quickly as if you did on OpenSea.

Only costs about $10 to approve a collection on LooksRare, then you can list all of the NFTs in that collection for free.

LooksRare is certainly an NFT Marketplace to keep your eyes on as the year progresses. While volume certainly isn’t as impressive as everyone is making it out to be, if you take out the 0% royalty collections, it’s still the second most popular marketplace.

Also, staking APR% has been steadily above 700%, or much higher, since release. Additionally, the $LOOKS price has been steadily rising since release as well. If you aren’t worried about quick liquidity, LooksRare is the no-brainer. You get rewards for selling your NFTs or buying NFTs, that you can stake for even more rewards. This APR is going to drop over time, as more people stake, but until then those who have realized the benefits are reaping the rewards.

At this point, and unless anything changes, LooksRare should be your go-to NFT Marketplace. As more people use it, liquidity rates will increase.