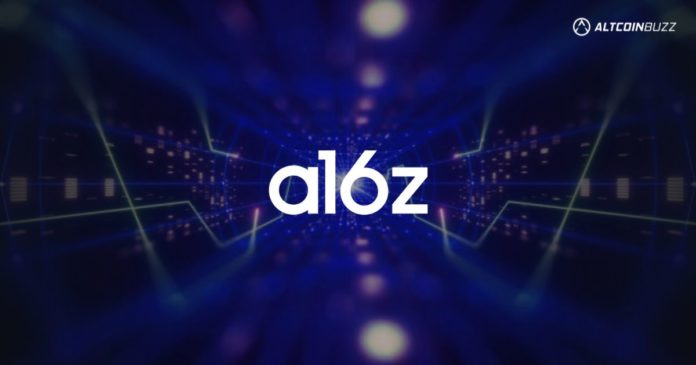 Over the last decade, the crypto space has attracted countless investors willing to splash their cash and bet on the future of the industry. Andreessen Horowitz is one of the many investment firms to have thrown their weight behind the blockchain industry. The venture capital group continues to invest in the crypto industry despite the current market conditions.

A16z, as the company is also known, recently launched a $4.5bn cryptocurrency fund, showing its belief in the future of the crypto market. The firm seems to have no fear of the “crypto winter.” Chris Dixon, managing partner and founder of Andreessen Horowitz’s crypto arm, believes the industry is entering a new “golden era” marked by fresh talent, sustainable infrastructure, and collective expertise that will drive innovation and growth.

Dixon said of their latest investment, “We believe blockchains will power the next major computing cycle. That’s why we’ve decided to go big.“

The Silicon Valley-based company also released its “State of Crypto” report where it presented data predicting the direction of the market and other growing industries within the blockchain world. In case you missed the first part of the report, click here to read it. Let’s look at other parts of the report.

A key finding in the a16z report states that L2, or layer two solutions, could provide the answer to Ethereum’s scaling issues. The term “layer 2” refers to a group of blockchain scaling solutions. They’re just an extension of the base layer. L2s  take the elements of the layer 1 blockchain and innovate them to make the network more efficient.

Based on the report, rollups are becoming increasingly popular. They’re less expensive and more efficient than simply writing to the blockchain. Ethereum founder, Vitalik Buterin, also believes in L2 as the future of crypto. The a16z reports revealed that L2 rollups presently contribute to about 1.5% of all fees paid in Ethereum. These platforms pay for Ethereum security, and their presence has significant potential.

The report also notes that L2 rollups are competing fiercely amongst each other to bring transaction fees down. Fees on Ethereum are a big deal. Already, Vitalik Buterin believes that all transactions need to be under $0.05 to be deemed acceptable.

Needs to get under $0.05 to be truly acceptable imo. But we're definitely making great progress, and even proto-danksharding may be enough to get us there for a while!

The reports also confirm that optimistic rollups are the most popular L2 technology today. However, ZK rollups are introducing a strong competition. A ZK Rollup is significantly faster than an Optimistic Rollup and is lighter on L2 because the validation takes place on the mainchain rather than the sidechain.

With upgrades expected on Ethereum, things could get more interesting amid the ongoing competition. An analyst of the report stated that “Blockchains are the hit product of a new computing wave, just as PCs and broadband were in the ‘90s and 2000s, and as mobile phones were in the last decade. There’s a lot of room for innovation, and we believe there will be multiple winners.“

Web3 Gaming Has a Bright Future

The blockchain gaming space is one to look out for. Although the results from that industry have not matched expectations, the “State of Crypto” report believes there is a bright future for the gaming sector. Making quality games takes time, and despite the funds pumped into the sector, developers need time to come up with content that competes with traditional gaming companies. The pressure to produce games has led to a lack of quality projects.

Giving more details about the gaming industry, the a16z report states that “there is a huge market opportunity at the intersection of web3 and gaming.” It noted that about 20% of NFT sales volume were game-related assets. Furthermore, about 49% of crypto wallet activities come from gaming. There are over 50 live Web3 games with over 1K unique on-chain users.

These stats reflect how profitable the gaming market is or will be. The sector could see more results with the launch of more top-quality games.

We are in the Middle of the Fourth Market Cycle

The crypto market is highly volatile, but the report stated that the crypto market develops in cycles and we are in the middle of the fourth. In comparison to other sectors, crypto prices are a leading indicator: prices rise, interest rises, new startups emerge and implement new concepts, and the bubble finally bursts, only to be replaced by a new cycle. A significant increase in social media and development activity for cryptocurrency is one indicator of this.

A previous article written by Dixon and Eddy Lazzarin noted that “There have been three cycles so far. The first peaked in 2011, the second in 2013, and the third in 2017.“

In summary, prices are a hook in crypto. Numbers pique people’s interests, which leads to ideas and activities, which lead to invention. Since Bitcoin’s debut in 2009, this feedback loop has been known as the “price-innovation cycle.” It has been the motor that has powered the sector through multiple waves.

The analysts pulled a quote from legendary investor Benjamin Graham. They wrote, “It’s best to pay no mind to “Mr. Market”, who frequently boomerangs from exuberance and euphoria to despair and depression. To Graham’s wisdom we add an addendum: Better to build. Consider that any prospective founders who swore off tech and the internet in the aftermath of the early-2000s dotcom crash missed the best opportunities of the decade: cloud computing, social networks, online video streaming, smartphones, etc.“

The bottom line from the report in this regard is “stay if you believe in Web3.”

We are Still Early

One key aspect of the a16z report is that blockchain adoption is still in its early stages. For those thinking they arrived late, the “State of Crypto” report concludes the industry is around where the internet was in 1995, in terms of adoption.

According to the report, there are currently between 7 and 50 million active Ethereum users.  This is relatively a very early stage of adoption.   The one billion internet users milestone was only surpassed in 2005. a16z believes that blockchain technology will reach mainstream adoption by 2031.

The majority of individuals have heard about crypto but have never used it. DeFi and dApps remain obscure terms for most people. In conclusion, Web3 has a lot of promise. It has the potential to assist creators, alleviate systemic financial challenges, and alter the way people make communal decisions. However, the technology is still in its infancy, and we are only scratching the surface.

⬆️Win $6,699 worth of bonuses in our exclusive MEXC & Altcoin Buzz Giveaway! Find out more here.