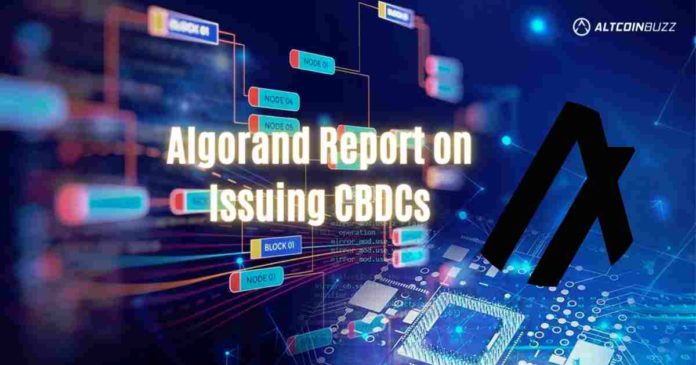 The Central Bank Digital Currency is also known as a CBDC. Many countries and Central Banks are showing an interest in them. They will peg to the value of a local fiat currency. Whether we like them or not, it’s likely we will see them entering the digital space. Algorand made this report as a case to build CBDCs on their blockchain.

Various CBDCs are in an experimental stage. However, some countries issued them already, 9 to be precise. That’s as of March 2022, not including China. So, let’s have a look at the Algorand report on CBDCs.

Algorand’s 2022 Central Bank Digital Currency report is here. Co-authored by a team of leading economists and researchers, this new report highlights six considerations for central banks when evaluating the design & implementation of CBDCs.

As already mentioned, 9 countries already issued a CBDC. This includes The Bahamas and Nigeria. Another 80 countries are looking into CBDCs. You can find pilot projects in Sweden and Jamaica. On the other hand, India, the Eurozone, and the US have them in a development phase.

It’s noteworthy that CBDCs don’t have to be on a blockchain. The Federal Reserve Bank of Boston and the MIT found some interesting results. A distributed ledger might have issues with scalability of a CBDC. Furthermore, it may also affect efficiency.

So, Algorand must make a good case to get parties interested in their technology. They argue that Central Banks need to up their game to remain at the forefront of a new digital economy. They need to embrace the available options. This way they can maintain their monetary authority. For example, a few options include.

Central Banks also need to look at some expensive cost factors. For example, cash management and foreign exchange operations. For the latter, a lack of cross-border competition is at the core of that issue. Forex fees are around 0.5% and SWIFT fees go as high as 7%.

Furthermore, Algorand offers a quantum resilient solution. They can also offer safe and secure solutions for CBDCs. These are only available in a decentralized system. For example, they also exclude soft forks. This means there are no two ‘legitimate ledgers’ that can exist in parallel.

Using a hybrid model, as proposed by Algorand, Central Banks remain in full control over the CBDC. In the same vein, licensed service providers can take care of distribution. They can also look after all transactions. Licensed service providers or LSPs can be; commercial banks, remittance providers, or other fintech companies. Using a blockchain-based retail CBDC has some advantages. One of them is that the Central Banks can reach a larger base of consumers. Especially those in an informal economy. In other words, the unbanked.

Algorand is also quick to point out an important factor for Central Banks. Their technology will not destabilize existing systems. They rather complement them and can work alongside cash systems. For example, they can integrate with a local RTGS payment system. This is a real-time gross settlement system. Furthermore, the Algorand system design has open APIs. This means that it encourages competition. It also prevents vendor lock-in. In turn, this allows for lower transaction costs, due to the competition.

Although Algorand is open-source, this doesn’t mean open-access. There are strict conditions for using issued CBDCs or for joining a network.

One other interesting feature that Algorand offers is the option of a private or a public network. These two networks are interoperable. This value proposition is unique to Algorand.

Silvio Micali founded Algorand. He is an MIT professor who won a Turing Award. Algorand is also names as one of the ‘Ethereum killers’. There are some features that make it stand out against its competitors.

However, in current conditions, this TPS is not that high of a number anymore. Their competitors can now handle a much higher TPS. For example, Solana with 65,000 TPS and Ethereum after the Merge with 100,000 TPS.

Its architecture has two layers.

The Algorand consensus protocol has three steps. For more information, check their docs.

The ALGO token has a max supply of 10 billion, out of which almost 7 billion already circulate. However, the Algorand team holds 2 billion tokens. Furthermore, the Algorand Foundation holds another 500 million. This 25% total of all tokens is not considered a decentralized solution. According to CoinGecko, the current price is $0.3271, and the market cap is at $2.27 billion. On market cap rank, it sits on #32. The ATH was at $3.56 on June 20, 2019.

The CBDC build on Algorand has some important use cases. For example, layered privacy or offline transactions.

For a retail CBDC, Algorand suggests a hybrid model, as already explained before. All transactions take place on a distributed ledger. This is a dedicated CBDC-Blockchain. It supports electronic digital wallets. Likewise, it has a two-tier retail system. This allows the Central Bank to control the issuance and management of the CBDC. The LSPs handle the distribution and transactions. A Central Bank can bypass the LSPs, but this is not desirable.

This CBDC is like cash, similar in characteristics and purpose. However, a Central Bank issues and backs this as legal tender. This makes it widely accessible. Consumers and businesses can exchange this in an easy P2P manner.

Algorand proposes the two-tier system. However, it can also handle an intermediate CBDC model, if required. The hybrid, two-tier system allows for many advantages. For example;

Algorand bases this CBDC model on a token system. It leverages the Algorand Standard Asset (ASA). This means that all apps built on Algorand enjoy its safety standards and audits.

A CB is the only entity that can issue the CBDC. The LSPs handle all other tasks. For instance, onboarding, KYC/AML, or assisting with recovering keys. However, every business or person that accepts cash, must also accept CBDCs.

The Algorand system is flexible. It can issue and distribute CBDCs to commercial banks or LSPs. This depends on local laws. A CB can also restrict access to CBDC. Service providers need a license to operate in RTGS. Otherwise, they need to go through a bank.

The Algorand CBDC will not replace cash. Instead, they can freely co-exist. The end user decides which system he likes to use.

However, this raises another question. Wouldn’t this increase inflation? A CB introduces a new legal currency to the existing currency. This puts an extra emphasis on how a country implements the introduction of a CBDC. If they design this poorly, it may increase inflation.

It could either close a country’s system more or open it up. For example, if in Algeria, nobody wants to hold a CBDC. People may think it will be worthless. On the other hand, it can also open up a country, like Argentina. They may now attract more foreign investments.

Nonetheless, the transaction fees are low. To clarify, 1 milli-Algo per transaction. That’s not even a tenth of a Euro cent. As a result, a CB can also waive these costs. The Algorand set up even allows for transactions to happen with limited internet. They only need one party to have connectivity. When both parties are offline, there’s an escape net. Algorand uses a Secure Hardware Enclave. Most modern phones have this built in. It vouches for transaction validity. It also verifies that an offline wallet has enough funds.

Algorand’s speed, scalability, finality & low transaction fees has led to an increase of stablecoins to the platform.

Discover the complete list of #stablecoins on Algorand and the most promising use cases for global finance in @DavidBMarkley’s new blog: https://t.co/TA9vP9s3u8 pic.twitter.com/9iWvOjftDY

Privacy is another issue. Algorand offers a three-tier solution to this.

Wholesale CBDCs with Algorand offer two main strengths; CoChains and atomic swaps. Due to the Algorand flexibility, it wouldn’t replace any legacy RTGS system. Instead, it will co-exist. This CBDC uses multi signature signing and authorization. This safeguards it when resting in the CBDC Vault or in transit during transactions.

All newly created CBDCs have the ASA functionality. Deals between banks occur on the CoChain via atomic swaps. The swaps are fast and guaranteed, as long as enough funds are in the buyers’ wallet.

What if the digitalization of listed assets is not possible? Algorand can still handle a security exchange system. Payment has to finish first, before the delivery of the security can follow.

This can be a stablecoin issued by a bank. With Algorand, a CB can easily supervise and regulate them. Ideally, they deploy directly on the Algorand mainnet. However, another permissioned Algorand CoChain will also work.

The Algorand CBDC will work on the Forex market. This gives two options. Is the foreign CBDC implemented on Algorand as a native Standard Asset or on a different platform? Let’s look at this.

An atomic swap is still possible if a CBDC is not issued on Algorand. Both banks need an account on both blockchains.

International payments call for an intermediary. This financial institution needs to hold; a variety of wallets on various blockchains for as many currencies. It also requires access to domestic and foreign RTGS systems. The intermediary collects currency on one CBDC chain. After this, it releases another currency on a different platform. A transaction can only happen if funds are already secured. This reduces the counterparty risk.

This gives a variety of benefits.

The picture below shows five phases of evaluation for a CBDC. Is it desirable and appropriate?

Central Banks need to think about a few things before they start issuing CBDCs. Is it workable, desirable, and appropriate to do so? In their report, Algorand makes a strong case for their hybrid CBDC architecture. Among others, it will include the unbanked.

The above picture shows five stages of such an evaluation. It’s not until the third phase until they issue a real currency. It’s a well thought out and planned introduction of their CBDC into the payment system.

Likewise, it may be a good idea to include a token based CBDC, as in the Algorand proposal. It puts a Central Bank in the driver’s seat to impose regulation. They can also maintain price- and financial stability. All this in the fourth industrial revolution, a new digital economy. 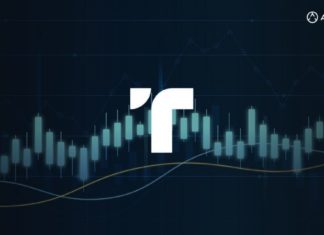 TrueUSD is The First Regulated Stablecoin Fully Backed by USD