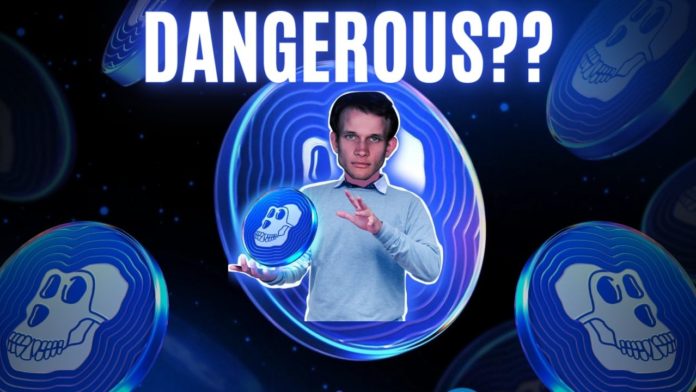 Yuga Labs and Bored Ape Yacht Club (BAYC) are creating a coin, Apecoin, and a DAO for their community. This is one of the biggest stories in the NFT world maybe ever. And it comes days after they made the former biggest NFT story.

It’s also one of the biggest cases of trying to satisfy people’s FOMO ever. But does that make Apecoin a bad investment? Or a good one due to its popularity? Both? In this article, you will discover more about Ape Coin.

Even Ethereum founder Vitalik is not sure of ApeCoin or BAYC’s use case in the bigger picture of crypto. And his platform Ethereum benefits from NFTs more than any other. Does that mean Apecoin will crash? No, but it can’t only be about satisfying your FOMO.

Background About Yuga Labs, The Creators of Ape Coin (APE)

Yuga Labs flipped the NFT world on its head over the last week. Let’s look at how we got here first. Rumors started about a Larva Labs acquisition a few weeks ago. They are the creators of the Meebits, Autoglyphs, and CryptoPunks.

Originally passed off as rumors, traders started to notice Meebits volume rising. Then, on March 11th, Yuga Labs officially announced that they had acquired the IP to Meebits and CryptoPunks. The two most recognizable NFT collections are now under the Yuga Labs umbrella.

In addition, just four days later the rumors started again. This time, a leaked a16z pitch deck started to circulate on Twitter. In the leaks, Yuga Labs were pitching a token, and much more to come.

With little information about this token included in the leaks, many started to speculate. One of the Co-Founders of BAYC went into their Discord server to put the rumors to rest. The hype started to die down as cheap exposure to the BAYC ecosystem was squashed.

Then, the next evening, Yuga Labs announced that ApeCoin would be available to BAYC holders. Apecoin will be “a token for culture, gaming, and commerce used to empower a decentralized community building at the forefront of web3”. And $APE is giving instant exposure to the BAYC ecosystem.

Introducing ApeCoin ($APE), a token for culture, gaming, and commerce used to empower a decentralized community building at the forefront of web3. 🧵

And now that we understand how we’ve gotten here, we can start to ask some other questions. Mainly, What does that mean and Why?

Anything before this that was under the Yuga Labs umbrella was out of reach for 99% of traders. Before the Meebits acquisition, the cheapest entry into the Yuga ecosystem was the Kennel Club. The dog companions to the original Apes were a free airdrop that has since run up to a floor price of 7.5ETH. They have sat in the entry of around 4+ ETH since the summer of last year. Apes sit around 70-100ETH, and their mutated counterparts run-up to 20ETH regularly.

Therefore, average traders had no way to participate in the BAYC ecosystem. With BAYC floor prices, FOMO, and unique wallets rising by the day, this gap between BAYC holders and everyone else was only growing. Now, that has changed.

Alexis Ohanian, the founder of Reddit, went on a space with other ApeDAO board members. He explained how this will completely change the collection.

The early use cases for $APE are non-existent at this point, but that is going to change. Not only is this DAO going to grow over time, but the tangible utility has been in progress since the release. You can follow along with the progress in the ApeCoin forum.

ApeCoin is owned and operated by the ApeCoin DAO, a decentralized organization where each token holder gets to vote on governance and use of the Ecosystem Fund. Holding ApeCoin is the only requirement for membership in the ApeCoin DAO.

ApeCoin is an ERC-20 token that will be used to govern the ApeCoin DAO and be the utility token for the Apecoin ecosystem. Therefore, thanks to their 3 huge NFT collections, they have a community they can build a DAO around.

But the DAO and the Apecoin token have an unusual structure. As they say in their allocation section, the total supply is permanently fixed at 1 billion tokens. They have neither a future minting nor burning mechanism to influence the supply so it will stay at 1 billion.

Each group has lockup and vesting schedules, which we like to see from new token projects. With one exception, all the groups have 12-month lockups and 36-month vesting schedules where ~3% of the total becomes available. The tokens go to 4 groups:

BAYC/MAYC holders, you can claim your tokens here. Also, we have concerns over the Total supply minted and fixed at one time at Token Generation. Will there be enough coins available to pay a reasonable interest rate to stakers during the vesting period? We are not so sure.

Want more details on how to delegate your vote? See this thread. https://t.co/cwEYhGwj8V

Many major exchanges are listing the coin including:

Where to Buy ApeCoin?

The crypto market moves incredibly fast, so take your time and verify that what you are buying is safe. If you’re long on it, $APE coin at $8 isn’t different than $APE at $7.25.

The single best way to stay proactive on this is to just buy from a CEX. Though buying from a decentralized exchange is quick, they provide exposure to fake contracts and scams. Most centralized exchanges have $APE listed already. Keep in mind, when you go this route you do not own those tokens until having them in a non-custodial wallet i.e MetaMask, Trust Wallet, or Cold Storage.

You can find ApeCoin in Binance, Coinbase, TokoCrypto, and Huobi Global.

We know one of the best ways to keep a community active is through staking and voting on governance issues. Right now, the current staking proposal is AIP-4. If this proposal passes, then you will be able to stake with:

The last important point on this proposal is that if it passes, they expect it to take 16-20 weeks to put in place. So keep that in mind.

A marketer for Galaxy Fight tweeted what he thinks the staking will look like based on the other main staking proposal under consideration, AIP-5.  AIP 4 and 5 would work together for the complete staking picture.

What the first year of staking could look like:

We’re just seeing a glimpse of the future with this airdrop… long road ahead pic.twitter.com/B8lRtPWykr

These are the only options under consideration right now.

Is Security Guaranteed on ApeCoin?

As with any FOMO and Hype-driven release in the Web3 world, the scammers are out in full force. They take advantage of traders who are doing everything to not miss the boat. In other words, they see the mania and hope someone makes a mistake.

When it comes to an easily accessible BAYC drop, we’re looking at a whole different level of effort from bad actors: Malicious contracts, fake support, look-alike tokens, and projects.

Fake support and malicious contracts are the most common scams. They direct you to a wallet-draining contract posing as the real one. If you follow these links, or for some reason give another person your seed phrase, it’s already too late. Open a support ticket in verified collection Discord servers if you’re unsure.

Also, we’re already seeing new tokens naming themselves $APE or something close to ApeCoin. We will see tons of tokens that look or sound like the true ApeCoin as weeks go on. Make sure you know and verify what you’re buying when you buy it.

How Will BAYC Add Utility to Apecoin?

The ApeCoin does not have much utility now although its purpose is for voting on governance issues for the Ape Foundation DAO. Aside from that, what are their plans to make the coin more valuable?

One area mentioned by Yat Sui of Animoca Brands during the Twitter space was that they have 2 target games in their portfolio. One is Benji Bananas but both are monkey-themed games. They hope to add ApeCoin as a component into the game either as an in-game reward or payment method for players.

Moreover, this isn’t the end of the Bored Ape and Yuga Lab expansion. As mentioned, they recently bought the IP to their only competition. They are giving decision-making rights to the DAO, but at the same time, just replaced that with CryptoPunks. That may have been lost in the noise the last few days.

Other Web3 companies and projects are interested in ApeCoin too. Time Magazine’s Web3 unit, TimePieces says in the coming weeks it will accept ApeCoin as a payment method for digital subscriptions. Others will likely follow…..

Congrats to the ApeCoin DAO on the rollout of @ApeCoin & thrilled we can announce that @TIME will be accepting $APE for digital subscriptions in the coming weeks on https://t.co/tiBU5fsE5B ⏰❤️🍌🦍

In addition, Yuga Labs is fully willing to acquire their most popular competition. Is it reasonable to think other collections could come under the Yuga Labs umbrella in the future? What would their native token be in this case?

With plans for Yuga Labs to fully adopt the coin into their ecosystem, expect it to have a ton of utility within their future offerings. P2E games, metaverse land, and Kennel Club upgrades are rumored. We can assume $APE is going to be the currency of choice within those offerings.

So is ApeCoin a lot of hype? Yes

Is ApeCoin giving the community what it wants? Yes

Is there much utility now? No

Could there be lots of utility in the future? Yes

Is this about FOMO? Yes

Is it only about FOMO? No. And the ‘liquid staking’ NFT feature and chance the coin will be a part of games or metaverses shows ApeCoin could be valuable soon. 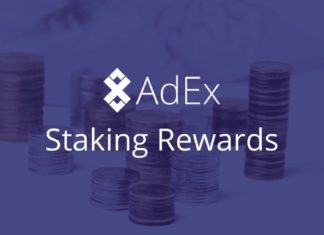 How to Stake in the Adex Network

Racheal - October 12, 2020 0
Decentralized finance (DeFi) has attracted the attention of crypto enthusiasts worldwide. AdEx, not to be left behind, has released details of how to stake its...

Why Did This Coin Surge 230% This Month