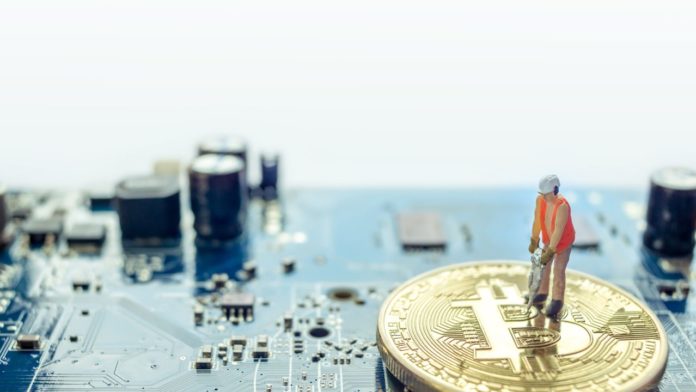 Bitcoin and major altcoins are in a relief rally. Even though some are down 80% from their all-time highs, the rally is a breather for bulls. But what about whales? Are they selling this rally? What is the status of miners’ reserves, given the worsening macroeconomic conditions? Let’s find out!

It isn’t a big secret that miners control most of the active bitcoin liquidity. Yes, whales are influential players, but many miners, over time, become whales. And when the miners sell their bitcoin reserves, it points to an eventual bottom of the market. Of course, when miners sell, it leads to short-term dips too. But for long-term enthusiasts of bitcoin, capitulation is a solid buy signal. Miner’s reserve is also depleting!

1) What Exactly Is Miners’ Reserve?

It is the amount of Bitcoin held by miners. At the same time, it is worth noting that the value accounts for affiliate miners only. That means the reserve excludes old miners who don’t have any mining activity now.

2) What Is The Status Of Capitulation?

Since 2021, miners have been consistently accumulating bitcoin. It also means that the miners have not realized any significant profit in the last 18 months. 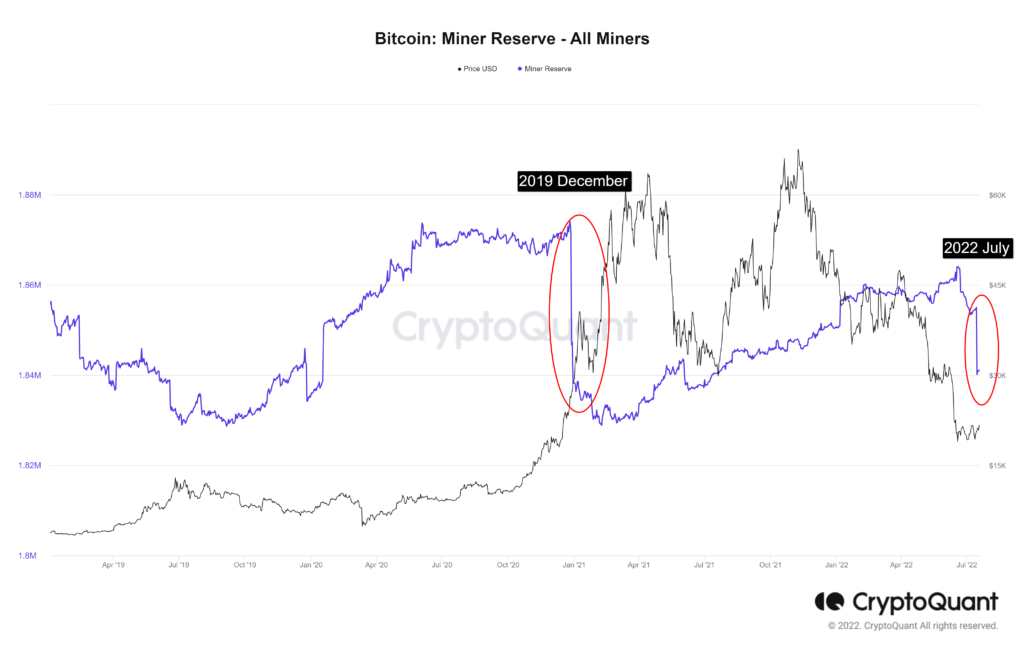 But now, miners are forced to sell their biggest bag since 2021.
Some major reasons are:

Many miners are left with no option other than to sell some of their reserves. As discussed earlier, the most critical consequence is a short-term price fall. There is too much selling pressure from miners and minimal buying pressure from investors. There is a supply-demand mismatch, and the market might settle for a lower bitcoin price.

Although Bitcoin remains to be the undisputed king of cryptos, the merge is the most crucial event in the web3 world now. At the same time, the merge announcement has given new enthusiasm to the market, even to bitcoin. Understanding some recent on-chain activities in Ethereum will help us navigate the market.

Ethereum had a great turn of events, especially after announcing the merge date. It was crucial for the entire altcoin market (most pumped 10-30%). But Ethereum is still trading below its 2018 all-time high.

On 18th July, 20.4K ETH was transferred to the FTX exchange.
The wallet holds almost $250K worth of assets now, and its primary and secondary wallets hold $48 million and $31 million in assets respectively. Most importantly, the wallets are stable coin dominated, and are 2-3 years old.

This tells us that, at least some of the whales do not believe the bear market is over.

Like the first wallet, this one is also a whale wallet that holds 84.5K ETH and $587 million worth of assets. The above two examples tell us three things particularly:

Binance is the biggest centralized crypto exchange with the most volume and liquidity. These factors make Binance a whale destination. But has the inflows to Binance affected bitcoin?

Let’s see how bitcoin price action is correlated with the exchange inflow into Binance. 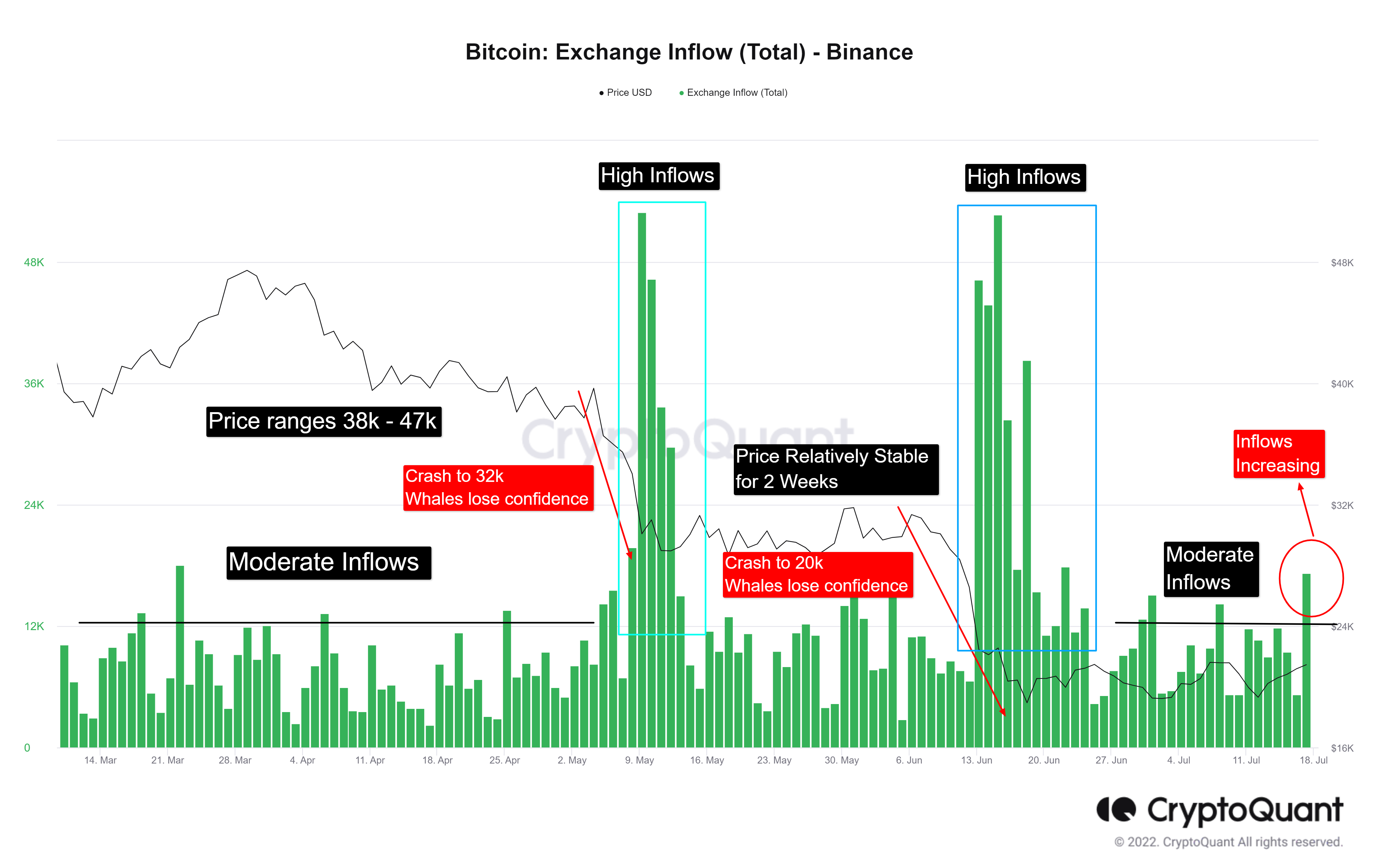 In mid-march 2022, the exchange inflow to Binance was at moderate levels.
Bitcoin was ranging between 38k and 47k at that time. But, as soon as the price crashed to 32k in the first week of May, whales started sending their bitcoin holdings to exchanges to sell in profit.

Also, the bitcoin price was relatively stable for the next two weeks. Probably whales were looking for exit liquidity and did not want the price to dip further. Then, whales succeeded and were able to sell their BTC at the 32k- 30k level, which precipitated another fall to 20k in June 2022.

Since then, BTC has been trading in the 19k – 21k price range. However, on 17th July, inflows broke the moderate levels again. Then, are Binance whales planning another dump? Only time will tell. However, analyzing past behaviors, they are likely to grab exit liquidity from the shorts liquidation, etc.

And for our best research on NFT buys, Layer 1 chains, DeFi, or games, come check out Altcoin Buzz Access. Plans start at only $99 per month 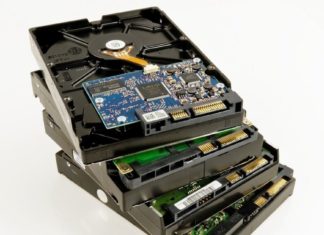 Racheal - October 25, 2020 0
BitTorrent has disclosed details of several exciting upgrades on its platform. The peer-to-peer platform has revealed details of acquiring blockchain streaming service DLive.tv. Once the...