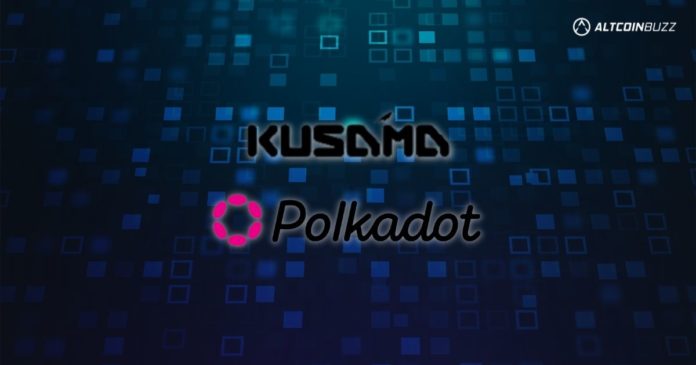 You may have heard of the Kusama and Polkadot parachains and the crowdloans. But how do they work? That’s precisely what we are going to explain.

Dan Reecer, the Chief Growth Officer at Acala, had a Twitter thread on this topic. Dan also launched the Polkadat and Kusama networks. So, let’s dive into this topic and see how the Kusama and Polkadot parachains and crowdloans work.

What Are Polkadot and Kusama?

Polkadot and Kusama are both a network of connected chains. These are the so-called Kusama or Polkadot parachains. Polkadot is the main chain. Kusama is what we call the “canary” net. Compare it to a testnet system, where developers can play around and test their dApps. Once they’re happy with their performance, they can migrate it to the Polkadot parachains.

Building on Polkadat happens with Substrate. For coders, this is an easy-to-use dev framework. It offers some of the easiest blockchain building options.

Now, Ethereum is a uni-sized chain. Everybody needs to build with the same models. On the other hand, Polkadot offers custom chains with many use cases. For example, Acala for DeFi, or Efinity for integrating NFTs into virtual worlds.

Another important feature is that Polkadot and Kusama are a three-layered platform. This contrasts with, for instance, Ethereum, that only has two layers. See the picture below.

The parachains for both platforms are up for auction. Winners can lease them from up to six months to a maximum of two years. Reecer has a good sample of how you can see a parachain. They are “like a spot in a small parking lot next to the World Cup stadium.” Just like those parking spots, the parachains are in high demand.

Winning such a slot comes with many benefits. For example:

To become the owner of a parachain, a project needs to take part in and win such an auction. Technically, it’s possible to buy such a slot on a secondary market if a winner decides to sell the slot or rent it out. That hasn’t happened yet.

How Does a Parachain Auction Work?

A project can bid during the auction for a parachain. This means that they need to lock DOT tokens. However, the highest bid doesn’t necessarily win. The auction follows a candle auction model. This was a method dating from the 16th century to auction ships. The auction house lit a candle, and once the flame went out, the highest bid at that moment was the winner.

With parachains, there is a pre-determined auction period. After a day and 21 hours, they announce an ending period of five days. So, you can bid until the ending period of the auction. However, they pick the end of the bidding randomly during the five-day period. This means that a lower bid can win the auction. For example, if a project with the highest bid enters their bid after the end point. Does that make sense? See the picture below.

The green arrow is the winning bid with 20,000 DOT. The highest bid is the red arrow with 25,000 DOT. However, they placed their bid after the end point. Polkadot locks all DOT from the moment the bidding starts.

Projects in the bidding can take part in two ways.

They also make their bids with two important pieces of information.

As a result, the winner of an auction will launch live on Polkadot. Polkadot will now lock the DOT from the bid for the duration of the lease period. So, in most cases, for two years. Once the lease period ends, the project, or crowdloaners, receive their DOT back. Locking up the DOT eliminates the possibility of a rug pull.

If a project didn’t win, they have two options. Return the DOT to crowdloan participants or go for the next auction.

The picture below shows the most recent auction winners. This was from auctions 12-18. Almost each week is a new auction. Polkadot has a five-day rest period between auctions. There will be 100 parachains in total up for auction. The auctions end in 2023, when the first slots become available again. Here is a schedule for the auctions.

Crowdloans are when projects start crowdfunding rounds. The goal is to raise enough money so they can secure their parachain slot.

During an ICO, you ended up supporting a project. As a result, your hard-earned BTC or another token went into the new project. You can only hope that the project will take off, and you make your money back. Ideally with a profit. However, there were also plenty of rug pulls with ICOs.

With the crowdloan set-up, things work different. For starters, more transparent. Once a project starts the crowdloan, their community can support them by donating DOT. Let’s say you support a project with 100 DOT. Now, each project gives you a little teaser. For each DOT you take part, they airdrop you an “X” amount of their own token.

So, this token can increase its value, allowing you to make a profit. But, providing the supported project wins the auction, you will also get your locked DOT back. At the end of the lease period, they unlock all DOT. You do miss out on staking rewards for your DOT during the lease period. On the other hand, you receive other tokens from the project you support.

You can take part in a variety of ways in a crowdloan. Projects will offer wallet options. Exchanges also offer you options to take part. There is also the Polkadot.js option, which the below video explains how it works.

What Happens at the of a Lease Period?

At the end of a parachain lease period, a project has a few options.

We took you through the various steps of what a parachain auction is. Thereafter, we also explained what the crowdloan entails. You should now be able to take part in the next crowdloan project for a slot in the Kusama or Polkadot parachains. 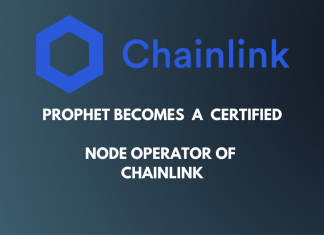 Natalia - November 7, 2019 0
The Prophet node operator will provide real-world data for the Chainlink ecosystem. Hence decentralization continues. Chainlink is rapidly growing. On November 5 they announced that...